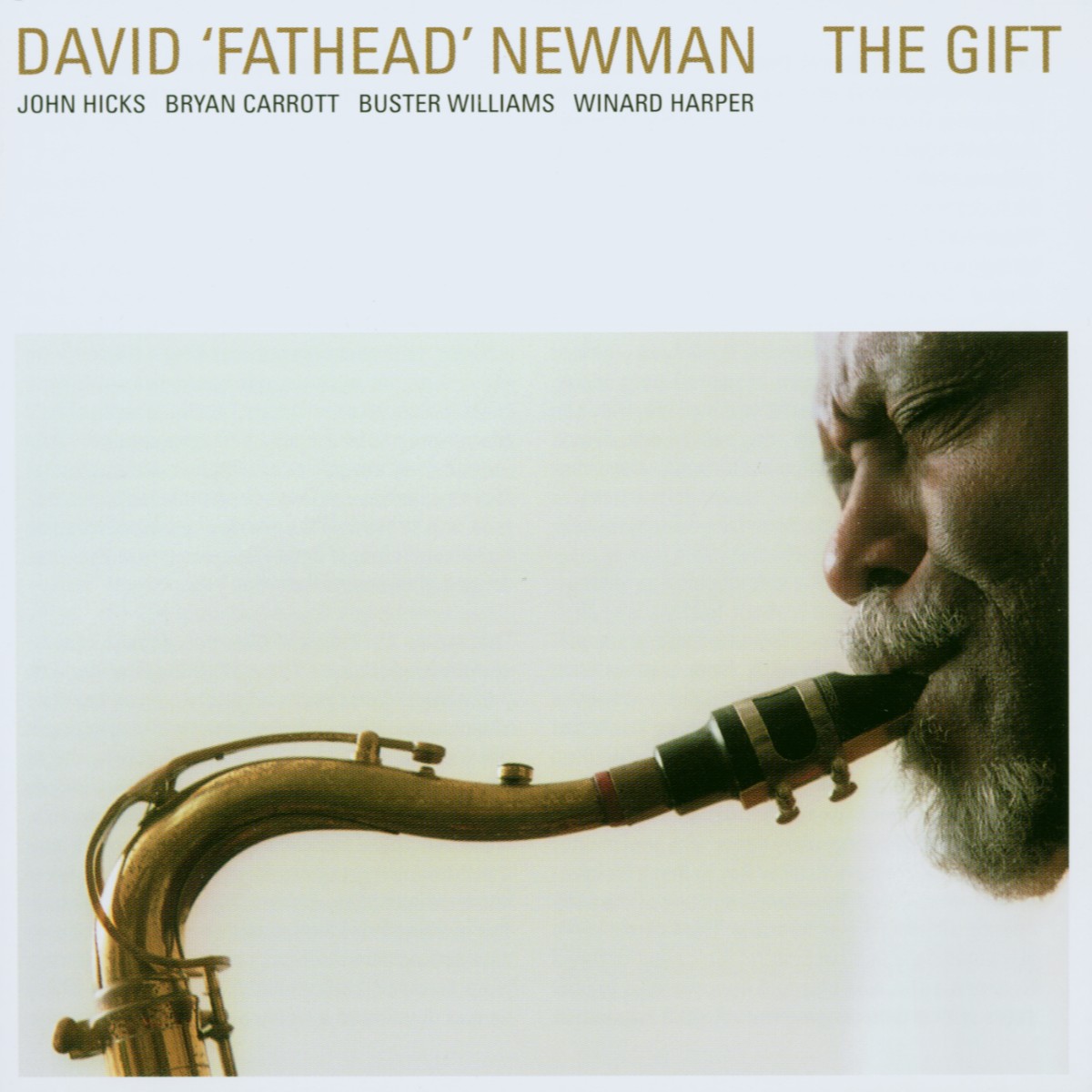 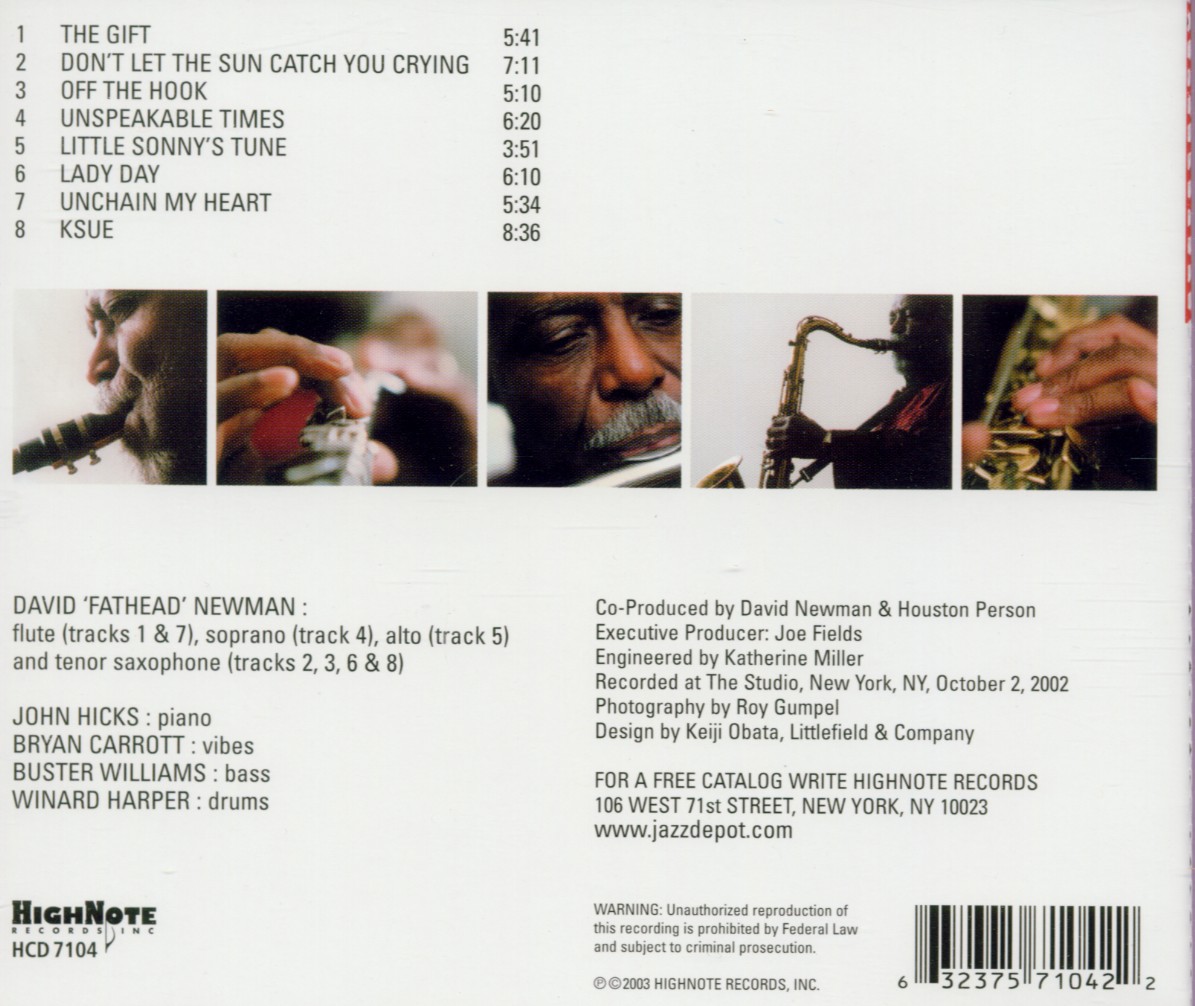 Bewertung:
lieferbar innerhalb einer Woche
(soweit verfügbar beim Lieferanten)
EUR 15,99*
Versandkosten
+ John Hicks, Bryan Carrott, Buster Wil-
liams, Winard Harper
The definitive soul-jazz, blues and funk player, David 'Fathead' Newman also has the capacity to burn in a bebop mode and wax poetic over a romantic ballad with the best of them. David accomplishes all of the above on his new record, "The Gift." A native of Dallas, David came to national prominence in the '50s while working with Ray Charles. He has been a reliably swinging force on the scene and a imaginative, well-respected leader for the past four decades. With keyboard giant, John Hicks, laying down the changes, Winard Harper propelling the rhythm along and Bryan Carrott adding just the right amount of exotic color, David offers up eight tunes with not only his trade-mark Texas-Tenor sound, but also displays his considerable prowess on alto, soprano and flute.