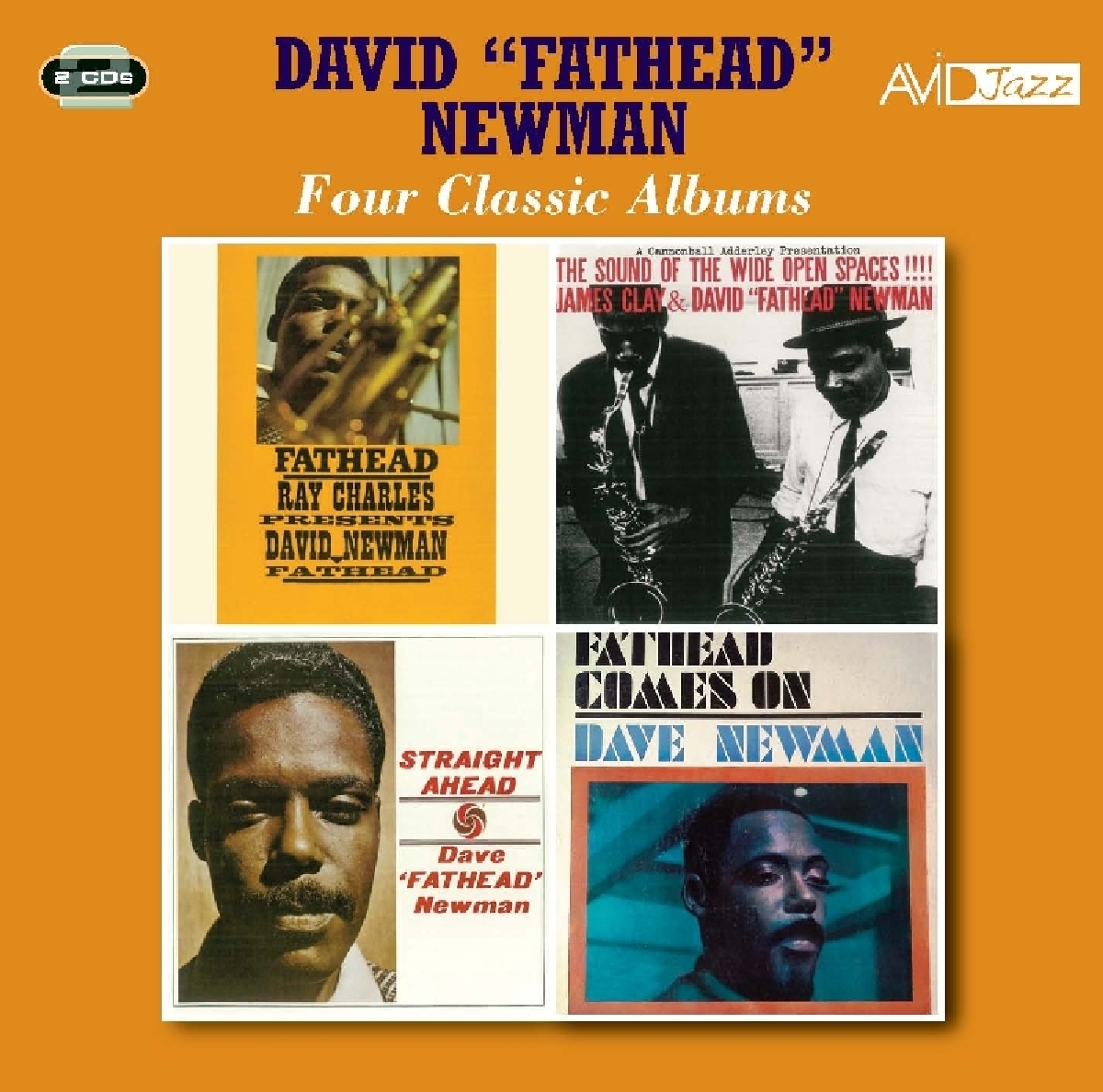 It feels like AVID Jazz are moving into the modern era with our latest release by David “Fathead” Newman. Don’t let the nickname fool you, it was given to him while messing about at school and stuck ever since! He was a great jazz musician with a beautiful bluesy tone. Newman began his musical career primarily as a sideman in rhythm and blues bands in the 1950’s. His playing style comes from the Texas tenor school of big bluesy toned blowing similar to Don Wilkerson.
It was when Wilkerson left the Lowell Fulson band in which Newman was playing baritone sax, that he took up the tenor. Newman also met his long-time friend and major collaborator Ray Charles in 1951 while the two men were playing with Fulson. David Newman’s solos can be heard all over the work of Ray Charles during the 1950s and early 1960s, in fact he became crucial to the Ray Charles sound. Although maybe not as innovative a player as some others, our four selections show off the fabulous blues rich sound of the Newman tenor. He can be heard with many great names from the era including Ray Charles himself on piano, James Clay, Hank Crawford, Marcus Belgrave, Milton Turner, Wynton Kelly, Arthur Taylor, Paul Chambers and Charlie Persip.