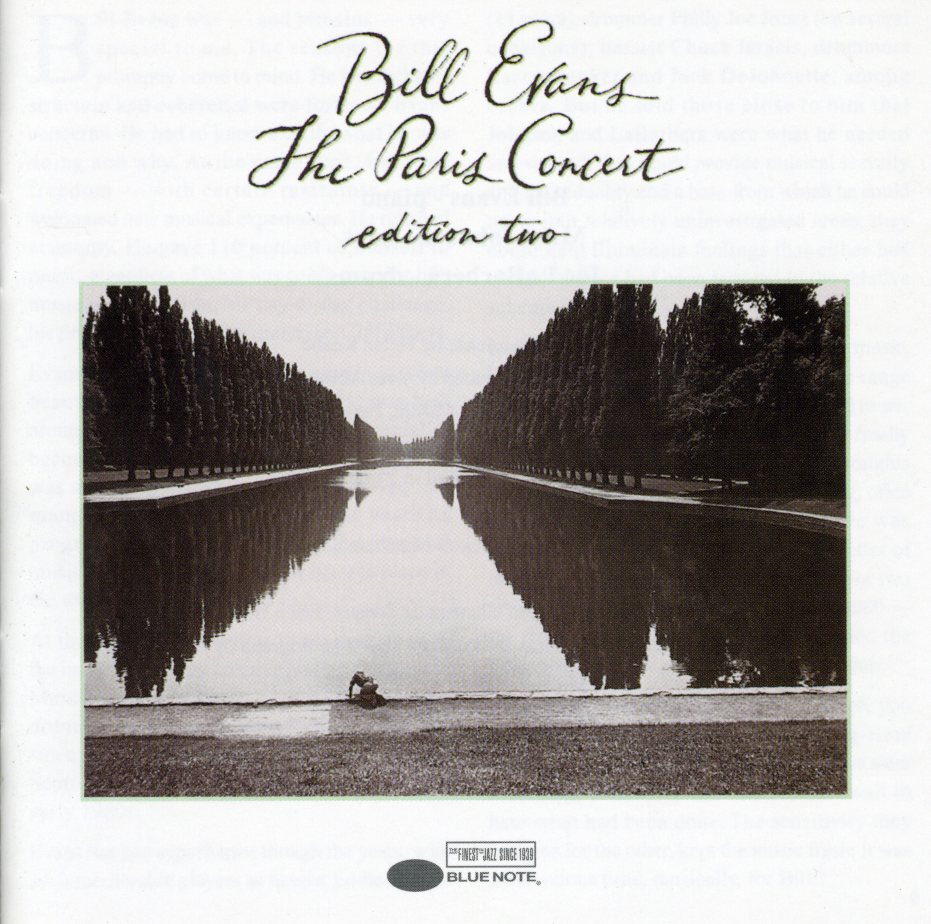 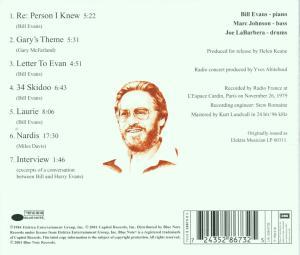 In 1983 Elektra Musician licensed two live Bill Evans concerts from Radio France, which had recorded the pianist and his trio (bassist Marc Johnson and drummer Joe La Barbera) at L'Espace Cardin in Paris. The performances were recorded on a single night, November 26, 1979, less than a year before Evans' death. The label released them as two albums, The Paris Concert, Edition One in 1983 and The Paris Concert, Edition Two in 1984.

Writing in the original liner notes to Edition One, producer Helen Keane noted, "At the time of this Paris concert, Bill, Marc and Joe had been together for about ten months, during which time Bill had become increasingly enthusiastic and excited about the potential of the group. I believe this inspired performance reflects his enthusiasm and his feelings about the trio he described as "very much connected to the first trio with Scott La Faro and Paul Motian."

By all accounts, Evans' appearance at L'Espace Cardin in Paris was a special evening. According to liner note writer Burt Korall, the pianist was in the midst of a period of change in his performing career when this concert was recorded: "He was becoming more outgoing; the playing had increasing conviction. The swing was quite undeniable; it had always been there but now it grabbed you by the emotions and shook and affected you. He more frequently manipulated rhythmic sequences; he experimented with sonorities, moving with far less inhibition than in the early years. He seemed far less fearful of making mistakes or failing. The play seemed to say, "Let's do it!"