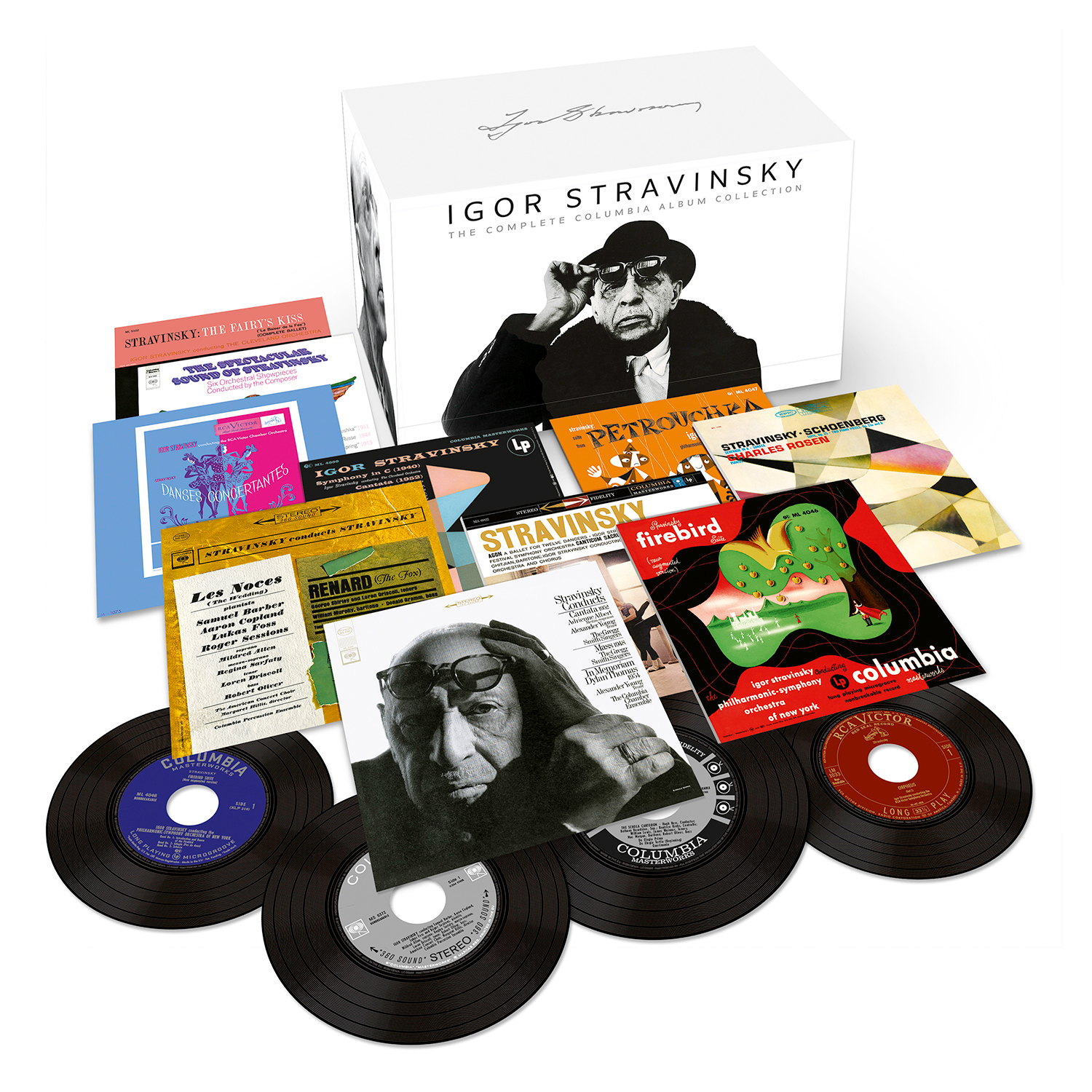 The Rite of Spring

Duo Concertant for Violin and Piano

Three Pictures of Chassidic Life for Violin and Piano

Concerto for Piano and Wind Instruments

Pulcinella - Ballet with Song in One Act after Pergolesi (Complete)

Serenade for Piano in A Major

Movements for Piano and Orchestra

Concerto in D Major for Violin and Orchestra

Concerto per due pianoforti soli (Concerto for two solo pianos)

The Flood: A Musical Play (adapted from the York & Chester cycles of miracle plays & the Book of Genesis)

Suite No. 1 for Small Orchestra

A Sermon, A Narrative, and a Prayer - Voice

Prelude, Fugue and Riffs for Solo Clarinet and Jazz Ensemble

Derivations for Clarinet and Band - Instrumental

Requiem Canticles (To the memory of Helen Buchanan Seeger)

Suite Italienne for Cello and Piano