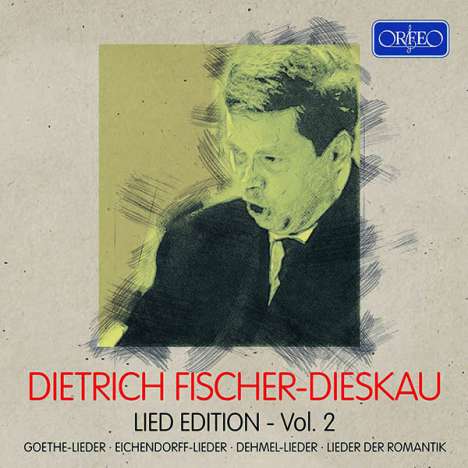 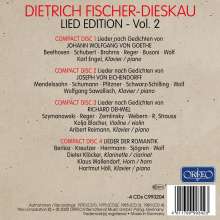 Even a quarter of a century after the end of his active career as a singer, nothing has changed concerning Dietrich Fischer-Dieskaus preeminent status in the history of performing song. It is a above all the Lied performer Fischer-Dieskau who set standards that have remained valid far beyond his time. Vol. 2 of the Dietrich Fischer-Dieskau Lied-Editon provides an excellent example of Fischer-Dieskaus consummate art of placing special emphasis on the poets text as the source for varied musical inspiration. On CD1, Dietrich Fischer-Dieskau and Karl Engel undertake performing songs after texts by Goethe from five periods. Similarly, five years later, he and Wolfgang Sawallisch devote their programme at the Salzburg Festival to Joseph Eichendorff, by focusing on three composers who identified particularly strong with the Romantic poet (CD2). CD3 with songs after texts by poet Richard Dehmel provides evidence of Dietrich Fischer-Dieskaus life-long interest in the scope of the repertoire. The CD set is completed by a programme that embraces Songs of the Romantic era by various composers of the 19th century (CD4).