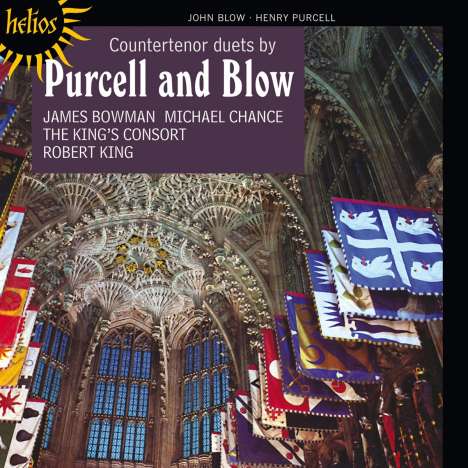 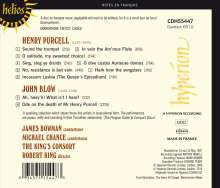 With the restoration of the monarchy in 1660, music in England entered a rich period which many have argued has not since been surpassed. The age also brought about the beginnings, for Britain at least, of two social activities which have also lasted to this day: the introduction of opera, and the establishment of the public concert (rather than the renaissance idea of private or domestic music-making), although at the Restoration both were events limited to a relatively small number of Londoners. The Church, up till then one of the principal sources for musical performance, though severely depleted of performers (particularly good boy choristers) by the abandonment of the Chapels Royal during the Commonwealth, managed to restore its former strong position and, over the next fifty years, supplied a wealth of fine composers and performers, of whom Henry Purcell and John Blow proved to be leading figures.....

'A sparkling collection which show both the composer and these fine artists in inspirational form. The performances are joyous, witty and ravishing in their Purcellian melancholy' (The Penguin Guide to Compact Discs)

'A disc no baroque music anglophile will wish to be without, for it is a vocal tour de force' (Gramophone)