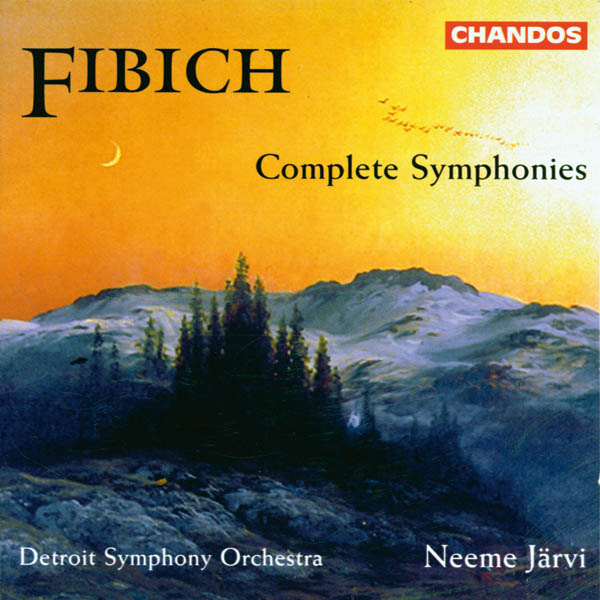 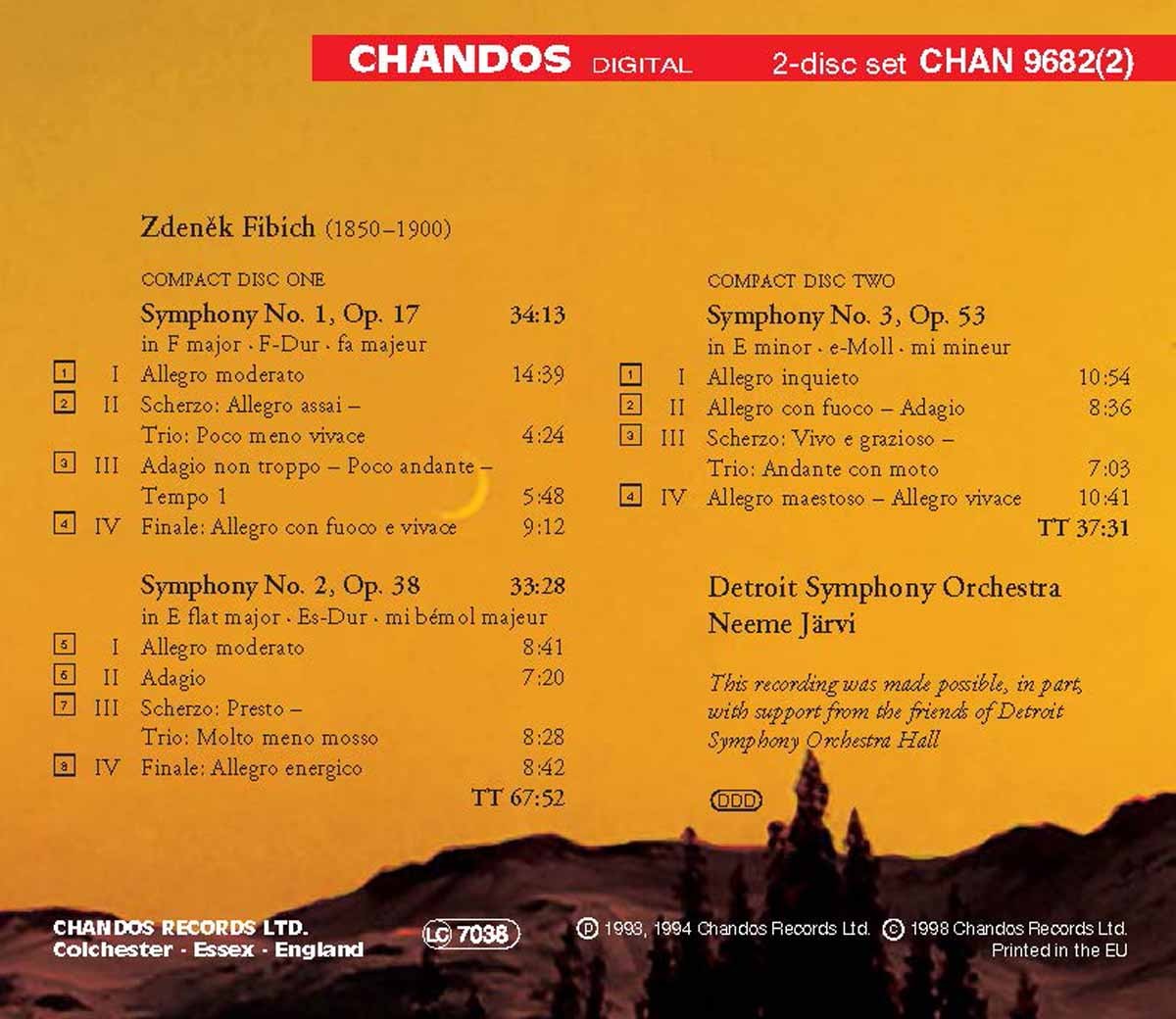 The career of Fibich, a generation younger than Smetana and nine years younger than Dvorák, overlapped with both of his more famous countrymen. But in spite of the great volume of music he composed, he never came down firmly on the side of nationalism or Germanism. According to Gerald Abraham, the British expert on Czech music, Fibich responded "to the Leipzip School and to Smetana and Dvorák in about equal measure".

Fibich did start on two symphonies prior to the F major, but his was the first to survive in definitive form. It is the most conventional of his symphonies and his teachers in Leipzig would have found nothing to complain about, but it is not written by the book. There is more than a touch of Bohemia in this Symphony which bubbles over with themes, one barely over before the next begins. The first movement particularly shows the balance of native elements and German syntax.

The Second Symphony incorporates "reminiscence" from Fibich’s musical jottings Moods, Impression and Reminisceneces, including that of the day Fibich declared is love for Schulzová, a pupil for whom he left his second wife. The slow movement is appropriately, the place where this yearning melody is first heard, its origin as a lyric piece is obvious.

The Third Symphony is equally a work from the heart, though quite different in structure from the Second Symphony. Instead of treating the whole work as a thematically unified cycle, Fibich sets up a cycle from minor to major - darkness to light - with the melodies from his diary occupying a smaller role than in the Second Symphony.

"...I recommend this new set mainly for the adventurousness of the repertoire..." Antony Hodgson - Hi-Fi News & Reviews - February 1999