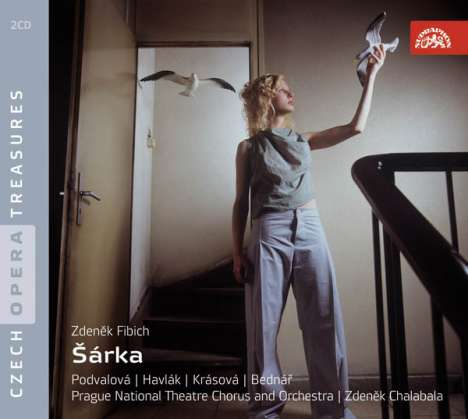 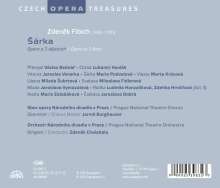 The opera Sarka could be termed a joint work of deep love and feeling. Zdenek Fibich composed it at the end of the 19th century to the libretto of Anezka Schulzova, his pupil and love of his life. The story of Sarka loosely links up to the action of the festive opera Libuse, created by Bedrich Smetana. It depicts the outbreak of the so-called Maidens' War following the death of the mythical Princess, when women wanted to regain the privileges they had once enjoyed under Libuse's reign. Sarka was premiered on 28 December 1897 on the stage of the National Theatre in Prague with Adolf Cech conducting and impressive costume designs by Mikolas Ales.

Within the Czech Opera Treasures series, our CD presents the hitherto unreleased 1953 recording of the piece conducted by Zdenek Chalabala, who invited the legendary soprano Marie Podvalova to portray Sarka and the heroic tenor Lubomir Havlak to render the role of Ctirad.