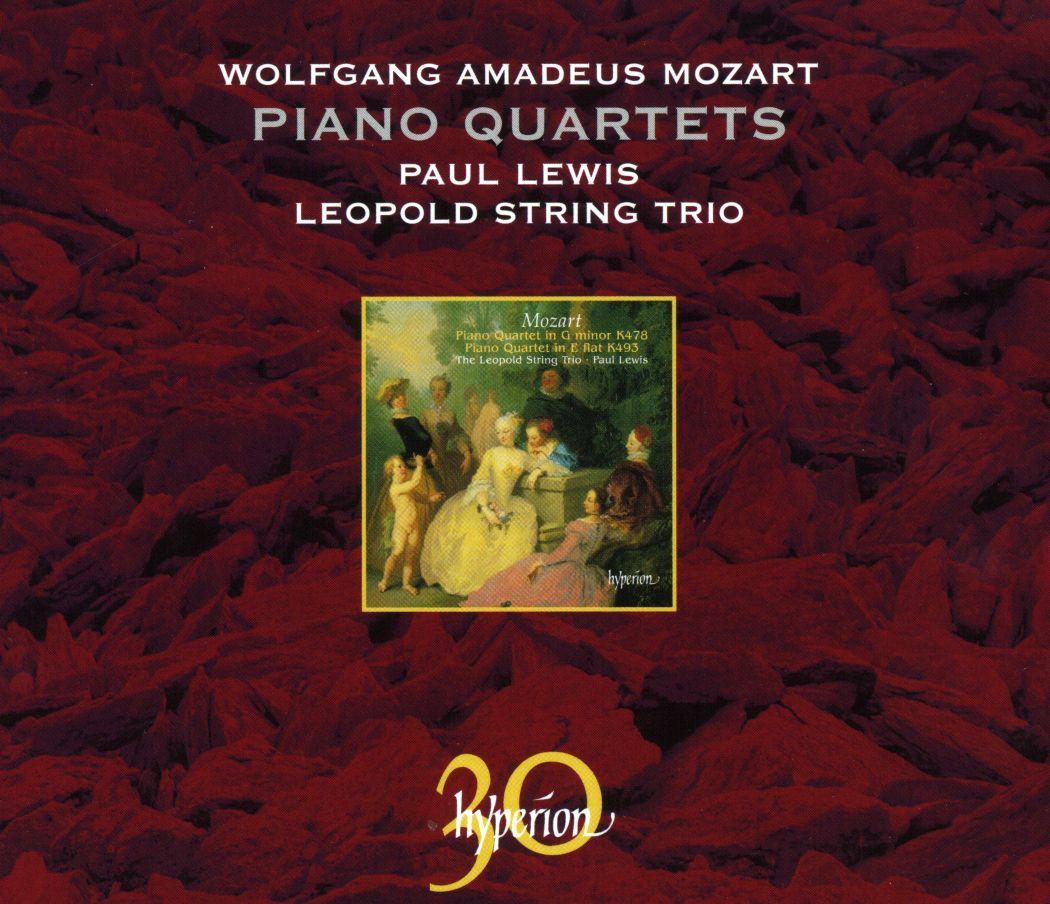 Mozart at his most fetching! Neither Beethoven in his maturity nor Haydn wrote for the piano quartet—piano with string trio—yet this oddly neglected instrumental combination inspired Mozart to pen these mature works that were to be the first masterpieces of the genre. Mozart delights in having richer textures than in the more common piano trio and the wider variety of sonorities than in the string quartet. Indeed, so much did he enjoy himself in the composition that he lost the commission to write the last two of the three works here after the publisher Hoffmeister found the first too intricate and difficult for the amateur market! (Hoffmeister did at least let the composer keep the advance he had received!) But his enthusiasm pushed him to write them anyway and what has come down to us makes a wonderful compendium of Mozart's genius, his resourceful technical felicity as well as that deft kaleidoscope of emotional narrative.

Following the Leopold Trio's acclaimed renderings of the great String Divertimento (CDA67246), this release will for many be a revelation and for all of us a source of deep gratification. Paul Lewis, a pupil of Alfred Brendel and here making his Hyperion debut, is by training and temperament steeped in the Viennese classics, bringing to these special works both the authority and youthfulness they merit.

,,The Leopold Trio gives a crisp, clear and engaging performance" (The Strad)

,,...one of the happiest musical unions of recent times - stylish, spirited and spontaneous" (Daily Telegraph)