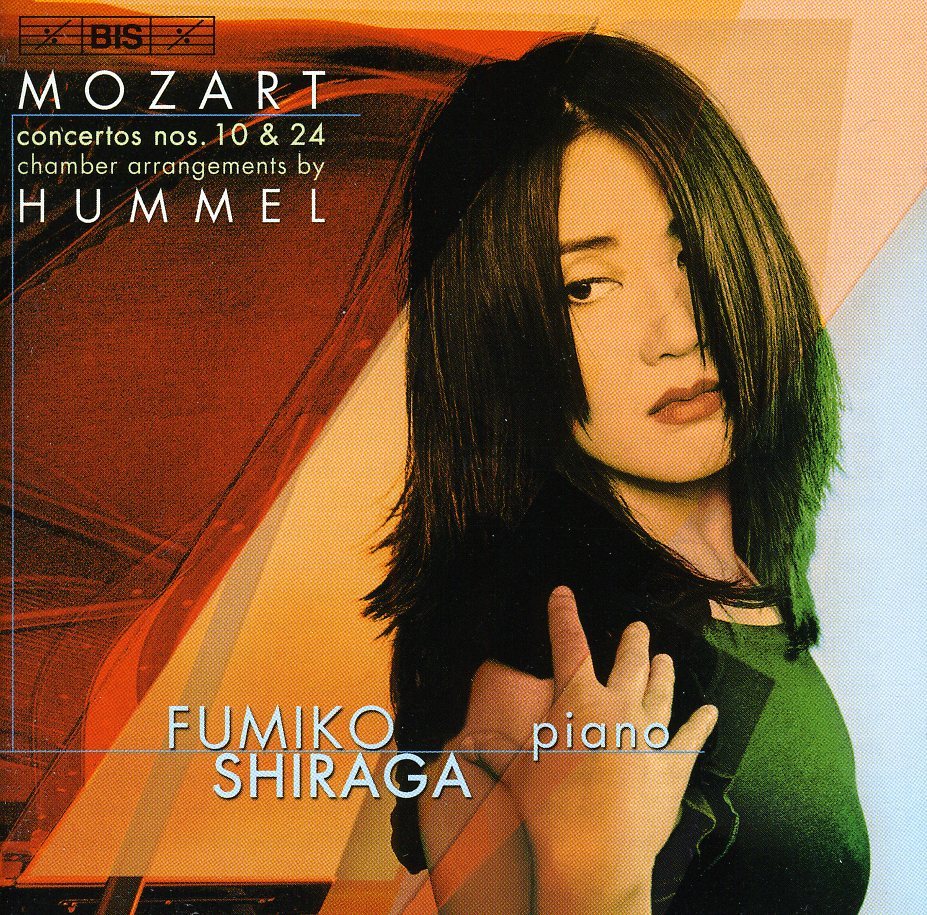 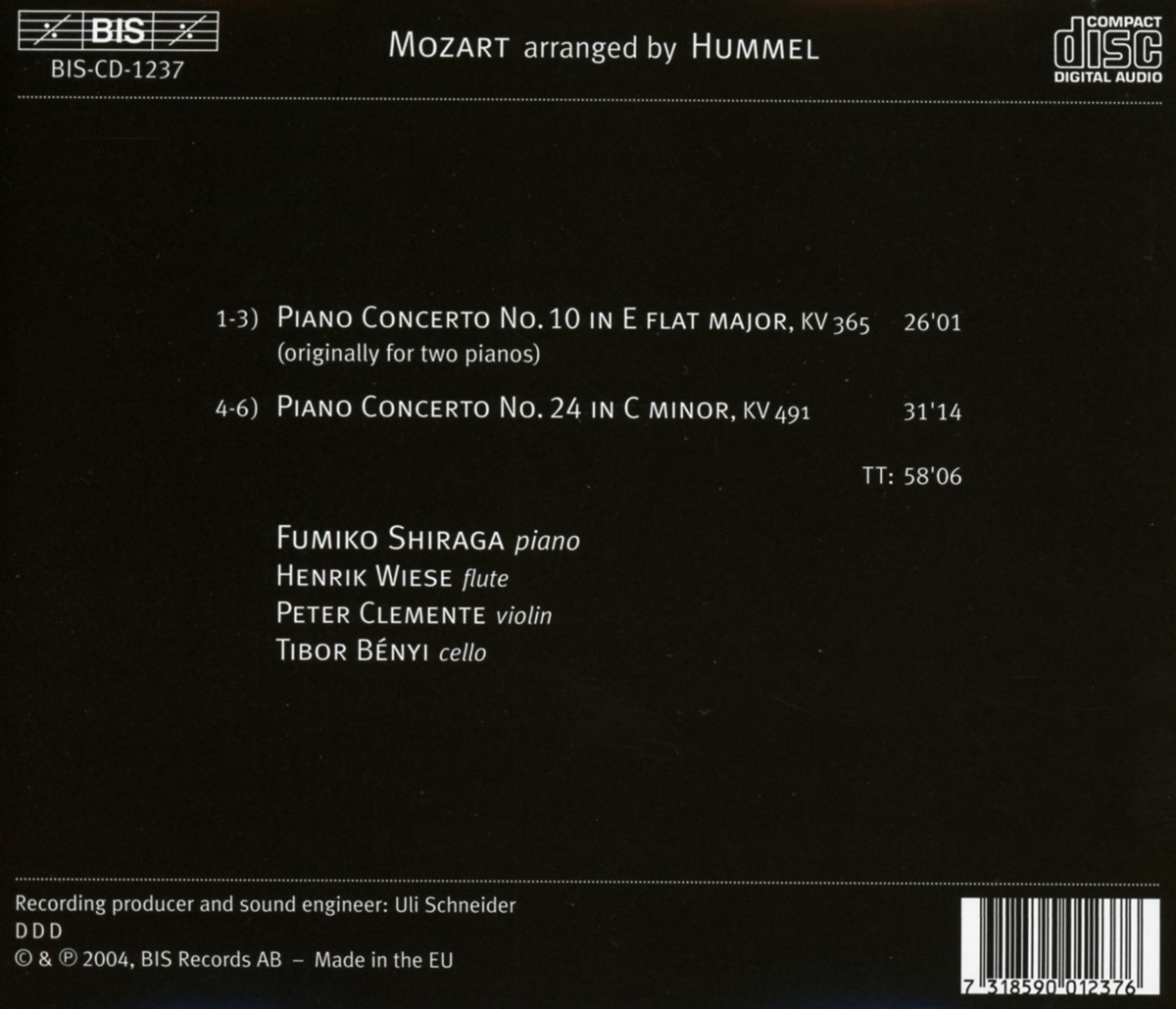 Bewertung:
lieferbar innerhalb einer Woche
(soweit verfügbar beim Lieferanten)
EUR 19,99*
Versandkosten
In a series we loosely call ‘Concertos in Disguise’ Fumiko Shiraga offers strikingly novel and interesting versions of well-known piano concertos in chamber arrangements. Such arrangements were far from unusual at the time these works were composed, and Fumiko Shiraga has previously recorded the two Chopin concertos with string quartet and double bass: ‘One of the most exciting Chopin recordings in recent years’ according to Gramophone) and Beethoven’s first and second concerto for the same forces. The latest instalment in the series was BIS-CD-1147, the first volume of the seven piano concertos by Mozart that Hummel arranged for an ensemble of piano, flute, violin and cello. This disc was greeted with enthusiasm by many reviewers and we are now very happy to be able to present the second disc of Mozart concertos seen through the eyes – or perhaps heard through the ears – of the composer’s greatest student.

Hummel, the star pianist of his age, and hailed as an even greater improviser than Beethoven, made use of all his skills of ornamentation and coloration when he devised these chamber concertos. No one could have been better placed than he to ‘flesh out’ the piano part of Concerto No. 24 in C minor, which Mozart intended for his own use and therefore notated rather sketchily. And who would have been able to do a better job of combining the two solo parts of Concerto No. 10 in E flat major for two pianos than someone who like Hummel had been witnessing the composition of two four-hand sonatas, KV 497 and KV 521, as well as the four-hand piano variations KV 501, during his two-year stay in the Mozart household in the late 1780s.