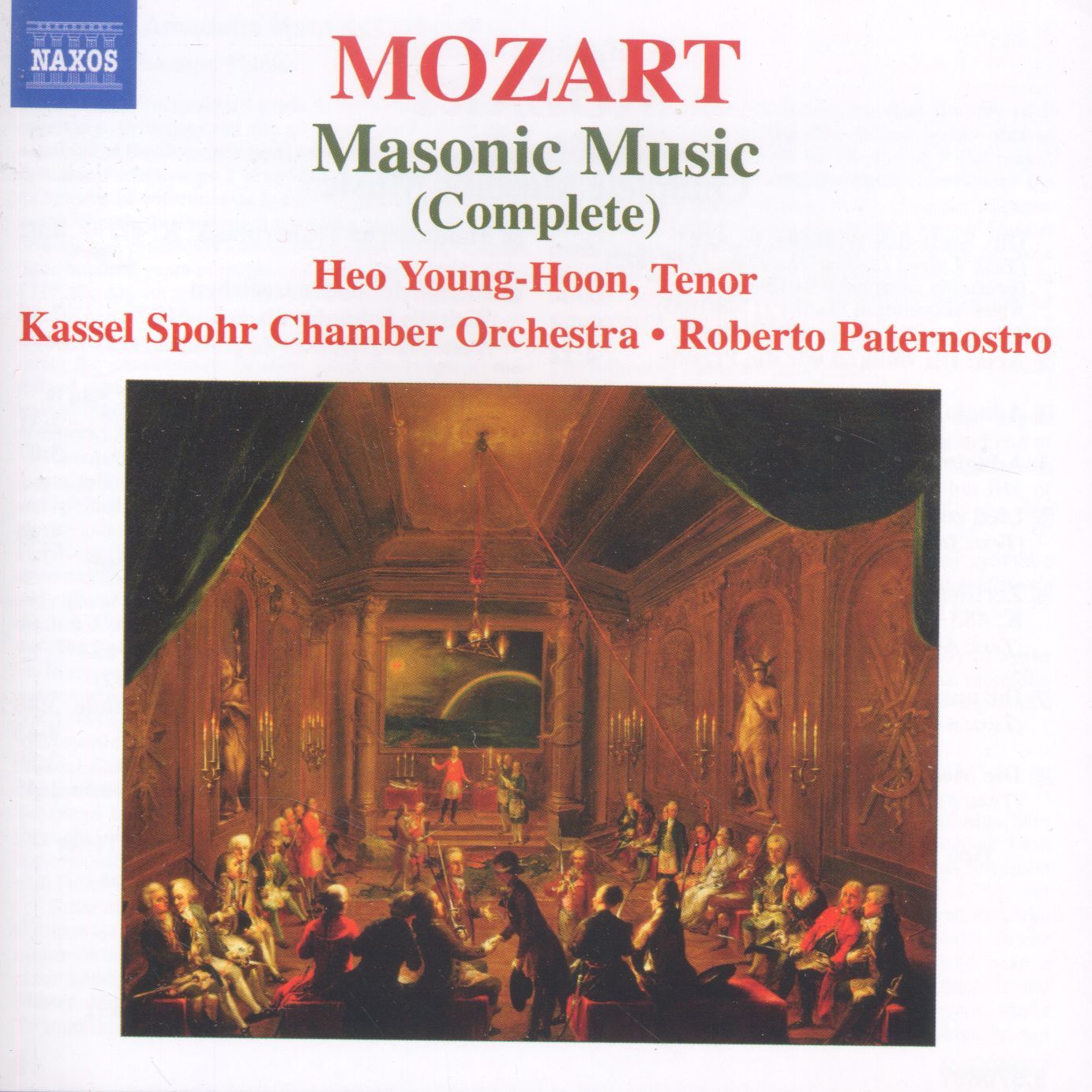 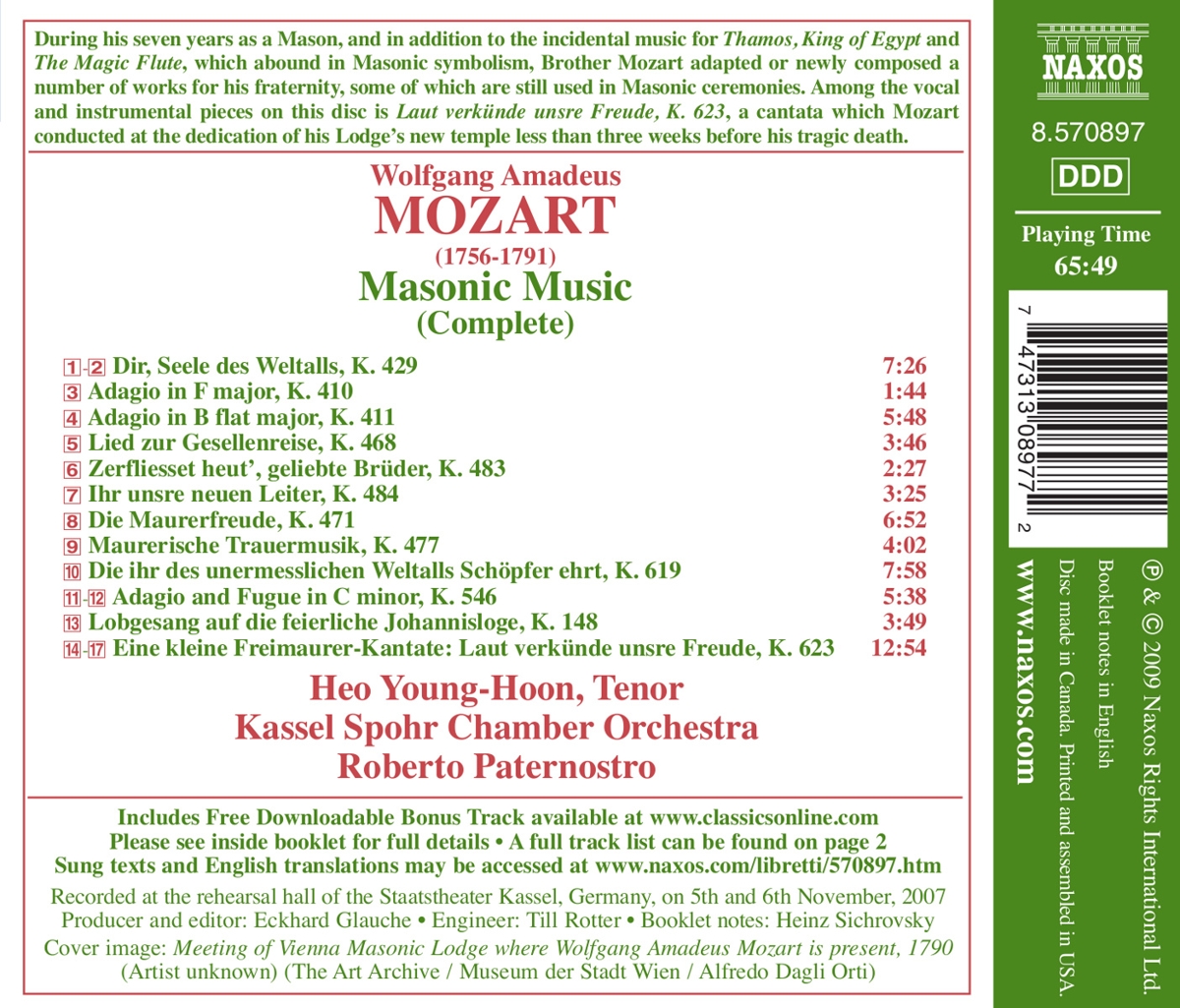 Bewertung:
umgehend lieferbar, Bestand beim Lieferanten vorhanden
EUR 9,99*
Versandkosten
During his seven years as a Mason, and in addition to the incidental music for Thamos, King of Egypt and The Magic Flute , which abound in Masonic symbolism, Brother Mozart adapted or newly composed a number of works for his fraternity, some of which are still used in Masonic ceremonies. Among the vocal and instrumental pieces on this disc is Laut verkünde unsre Freude, K. 623, a cantata which Mozart conducted at the dedication of his Lodge's new temple less than three weeks before his tragic death.