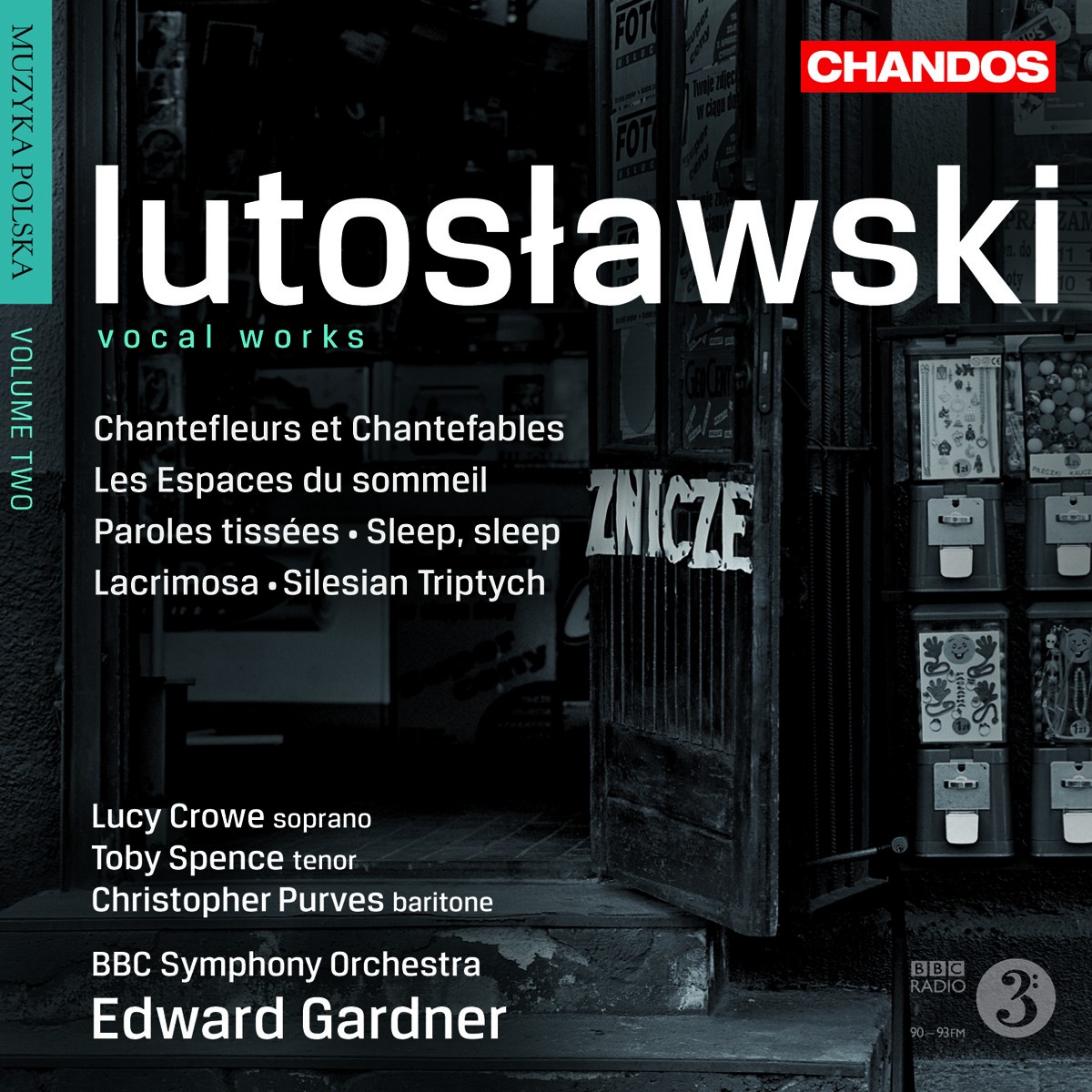 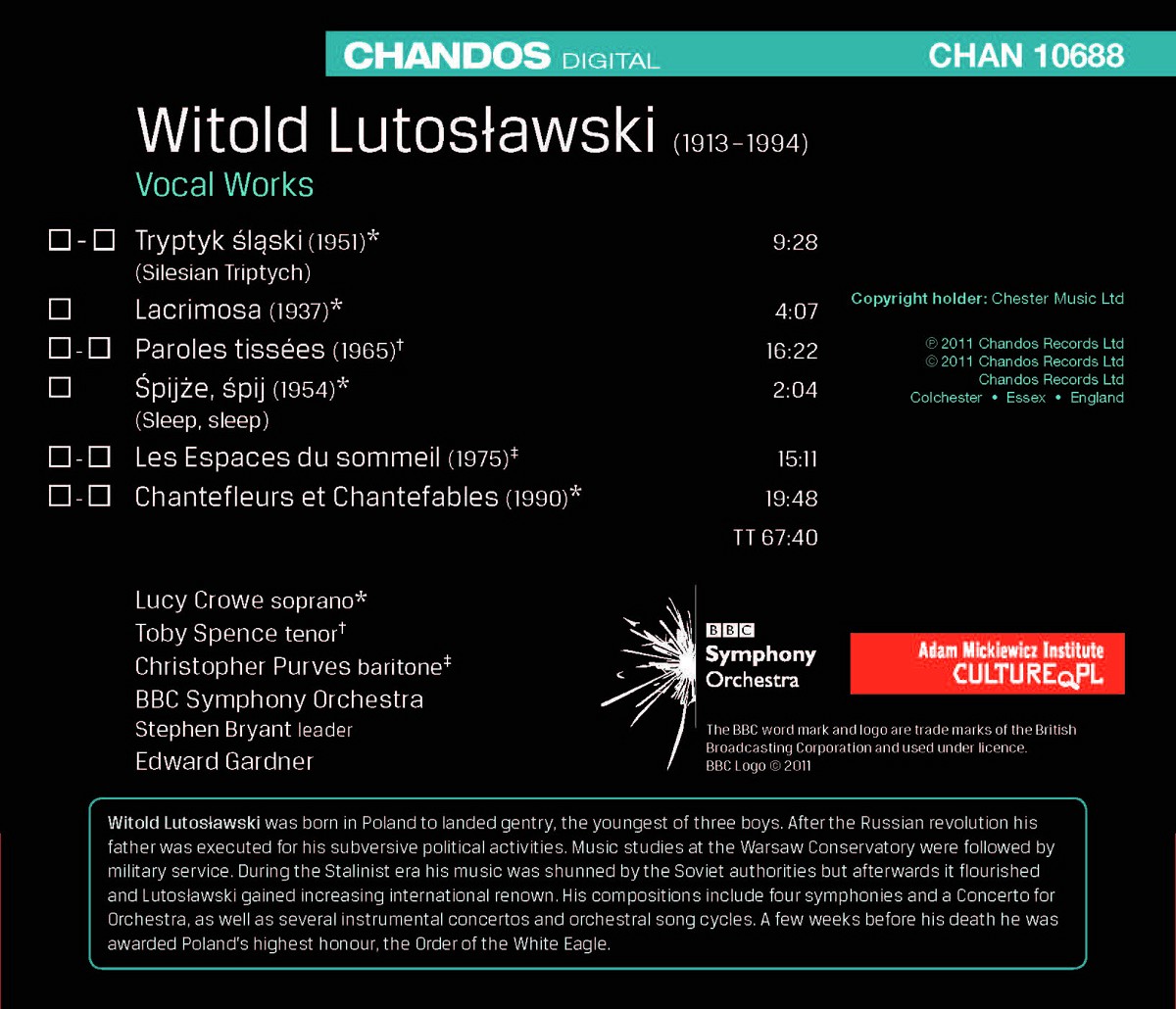 Bewertung:
umgehend lieferbar, Bestand beim Lieferanten vorhanden
EUR 19,99*
Versandkosten
The BBC Symphony Orchestra under Edward Gardner, music director of English National Opera and an exclusive Chandos artist, presents Volume 2 of their Polish Music series; a disc dedicated to vocal works by Witold Lutosławski. They are joined by the soloists Lucy Crowe, Toby Spence, and Christopher Purves in looking at some of the composer’s earlier works for voice and orchestra as well as three major works written after 1960: Paroles tissées, Les Espaces du sommeil and Chantefleurs et Chantefables. Among the earlier pieces, Lacrimosa is the only surviving fragment of an intended Requiem and the only sacred work in Lutosławski’s output. In complete contrast, the Silesian Triptych was written at the height of the post-war Soviet doctrine that called for music that connected with the broad masses. In this folk-based work, Lutosławski takes three Silesian songs about the trials of love, giving them sparkle as well as depth to lift them above the mundanity of everyday life. Both works here feature the soprano soloist Lucy Crowe. When Poland finally emerged from the cultural oppression of the post-war decade, its music scene flourished. For Lutosławski, it was a time for personal development. In the first half of the 1960s his music had a raw energy, but by 1965 it had developed a much more subtle tone. Paroles tissées, in which the tenor soloist here is Toby Spence, simply accompanied by strings, harp, and piano, was the first work really to show this new subtlety in his works. Les Espaces du sommeil, with the baritone soloist Christopher Purves, is another prime example of the new lyrical quality that came to colour many of Lutosławski’s later orchestral works. Chantefleurs et Chantefables is made up of nine charming and humourous songs which, inspired by the collection of childrens’ poems by the surrealist Robert Desnos, explores the vivid imagery and bright colours of the natural world through the innocent eyes of a child.