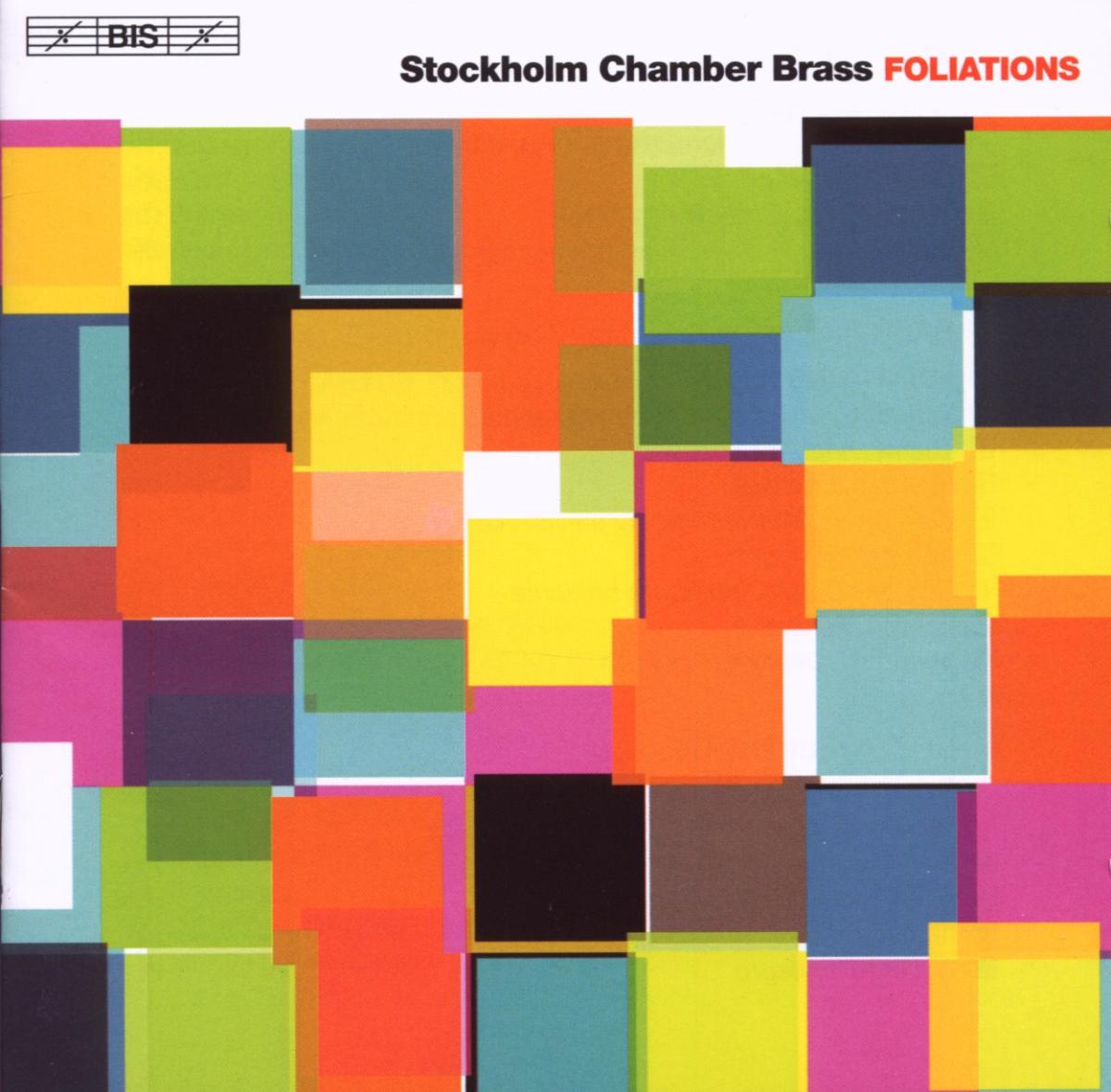 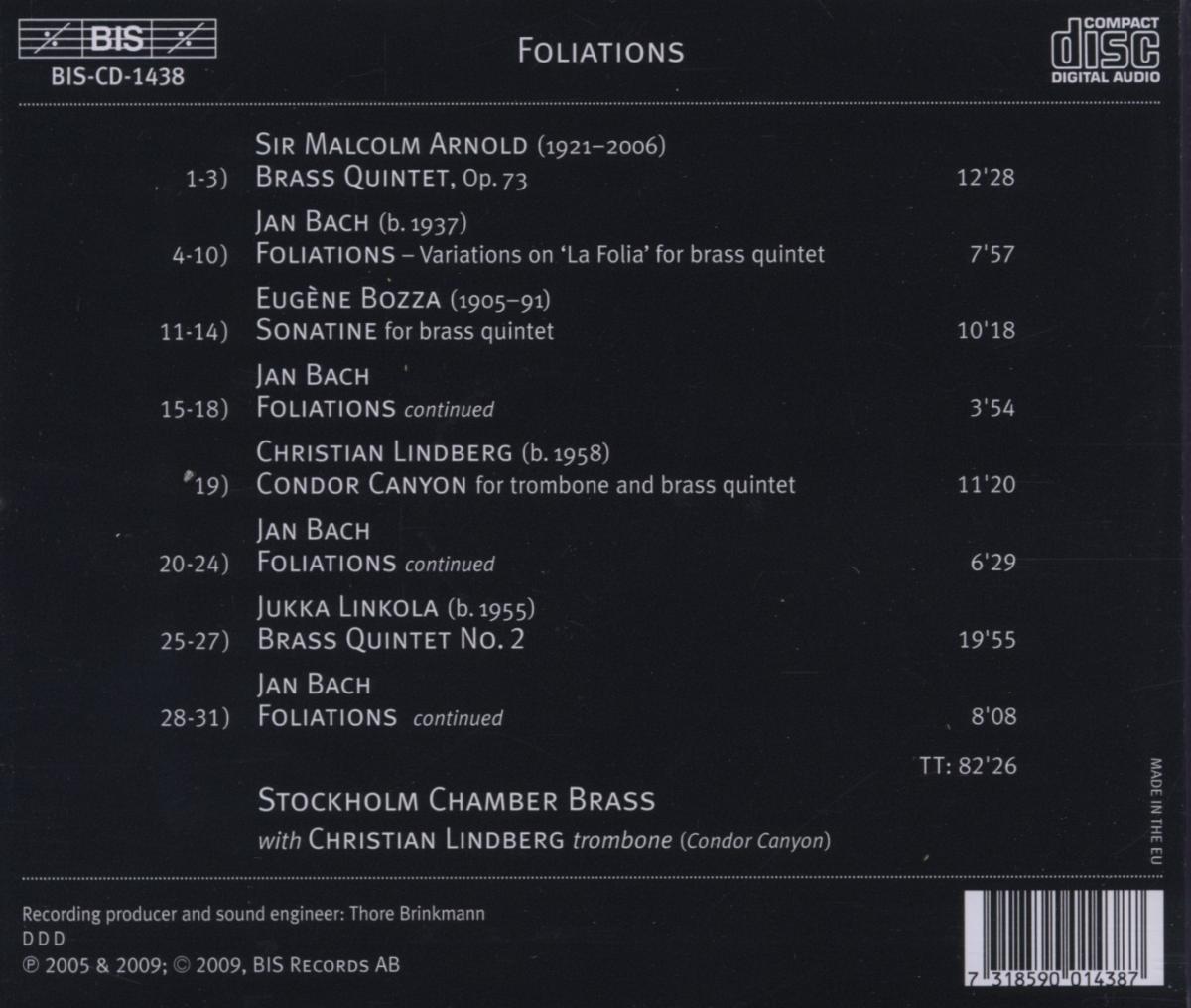 Bewertung:
lieferbar innerhalb 1-2 Wochen
(soweit verfügbar beim Lieferanten)
EUR 19,99*
Versandkosten
At the release in 1995 of one of their first records, Clockworks (BIS-CD-699), the reviewer in American Record Guide wrote 'I cannot imagine that a better brass quintet has ever existed.' 14 years later, Stockholm Chamber Brass is still one of the top ensembles in its field, with an undiminished eagerness to explore and develop the repertoire for brass quintet. Over the years, this ambition has manifested itself in a number of works and arrangements written especially for - and sometimes by - the ensemble. On the present disc, Foliations (a contraction of 'Folia' and 'Variations') by the American composer Jan Bach (b. 1937) is such a work. Based on the famous Renaissance tune La Folia, it is a set of 18 variations which the composer describes as a 'sandwich': the opening and closing movements are fixed, but the remaining movements are to be used 'as a source from which any number may be played and in any order. The musicians make their own choice how the work will be performed.' For the present disc, Stockholm Chamber Brass has chosen to divide the work into four portions, serving them up as interfoliations between the other compositions on offer. These include Arnold's exuberant Quintet from 1961, Bozza's humorous and agile Sonatine (1951) and Finnish composer Jukka Linkola's colourful and rhythmically vital Brass Quintet No. 2, in which the composer's affection for the neo-classical music of Honegger, Poulenc and Stravinsky is clearly audible. Also included is a work for trombone and brass quintet by the ensemble's fellow Swede and brass-player Christian Lindberg. Its title, Condor Canyon, is inspired by Lindberg's initial perception of its themes 'like huge, wonderful birds high up in the clouds', and the present recording offered the composer the opportunity to unpack his instrument and soar along with the players of Stockholm Chamber Brass.