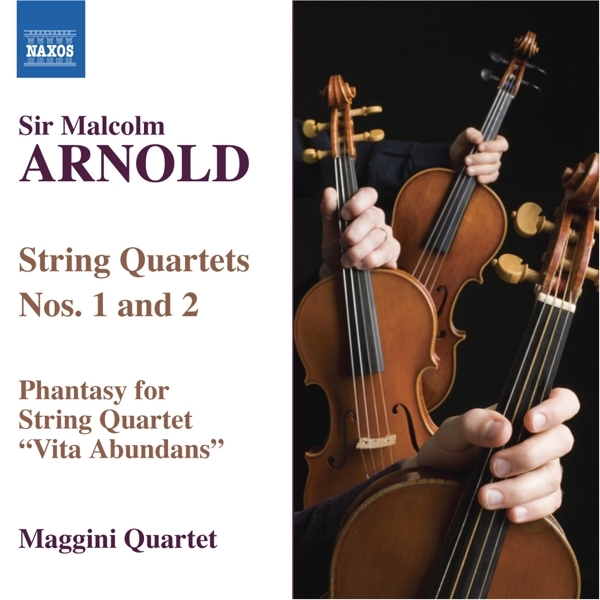 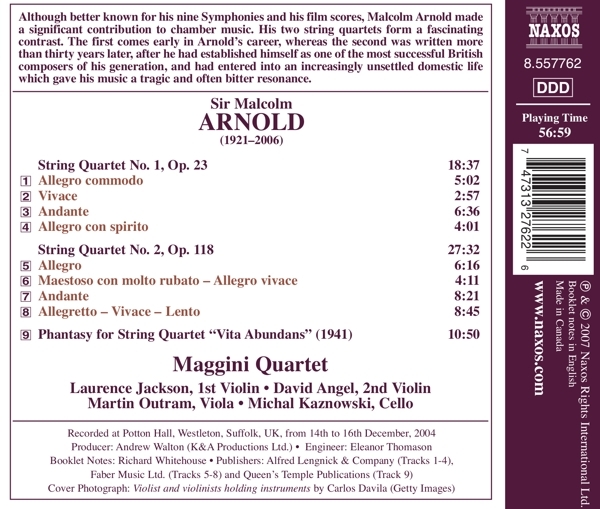 Bewertung:
versandfertig innerhalb von 1-3 Tagen
(soweit verfügbar beim Lieferanten)
EUR 9,99*
Although better known for his nine Symphonies and his film scores, Malcolm Arnold made a significant contribution to chamber music. His two string quartets form a fascinating contrast. The first comes early in Arnold's career, whereas the second was written more than thirty years later, after he had established himself as one of the most successful British composers of his generation, and had entered into an increasingly unsettled domestic life which gave his music a tragic and often bitter resonance.