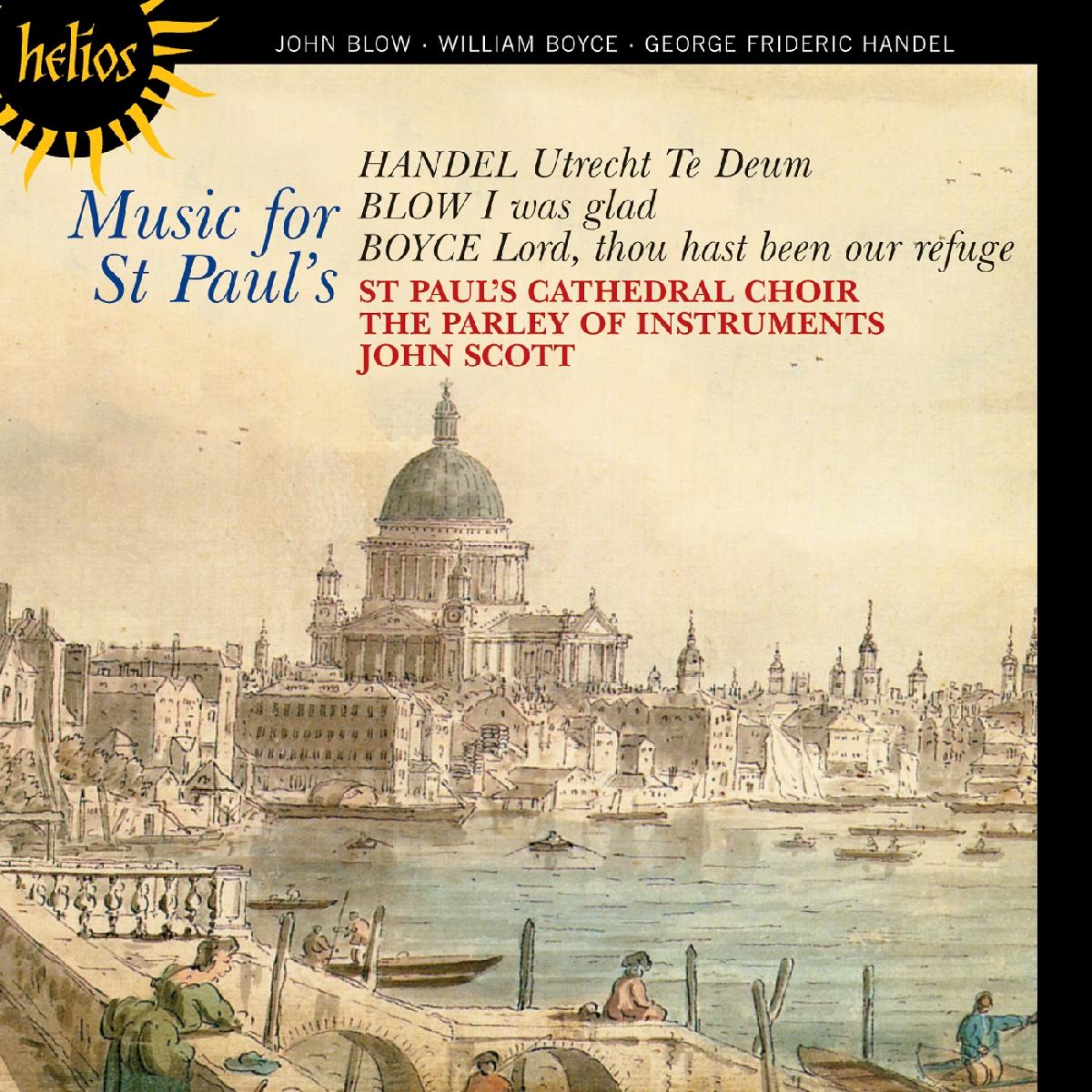 This recording was made to mark the tercentenary of the formal opening in 1697 of St Paul's, rebuilt by Sir Christopher Wren after the Great Fire of London. It consists of four notable pieces written for the cathedral between 1697 and 1755.

John Blow wrote a new anthem for the opening ceremony. I was glad when they said unto me is a setting of the text which Bishop Compton took for his sermon during the service. Handel's Te Deum and Jubilate, written for the Peace of Utrecht, was first heard in the Cathedral on 5 March 1713. William Boyce's anthem Lord, thou hast been our refuge was written in 1755 for the Festival of the Sons of the Clergy, the charity that raised (and still raises) funds for needy clergymen and their families. Like all the pieces recorded here, it is music that demands to be heard in the spacious acoustic of the building for which it was written.

'A disc well worthy of its subject' (Gramophone)

'Invigorating and uplifting, this is a disc to raise the lowest and most jaded of spirits' (Fanfare, USA)

Lord, Thou Hast Been Our Refuge (Anthem for the Festival Clergy 1755)