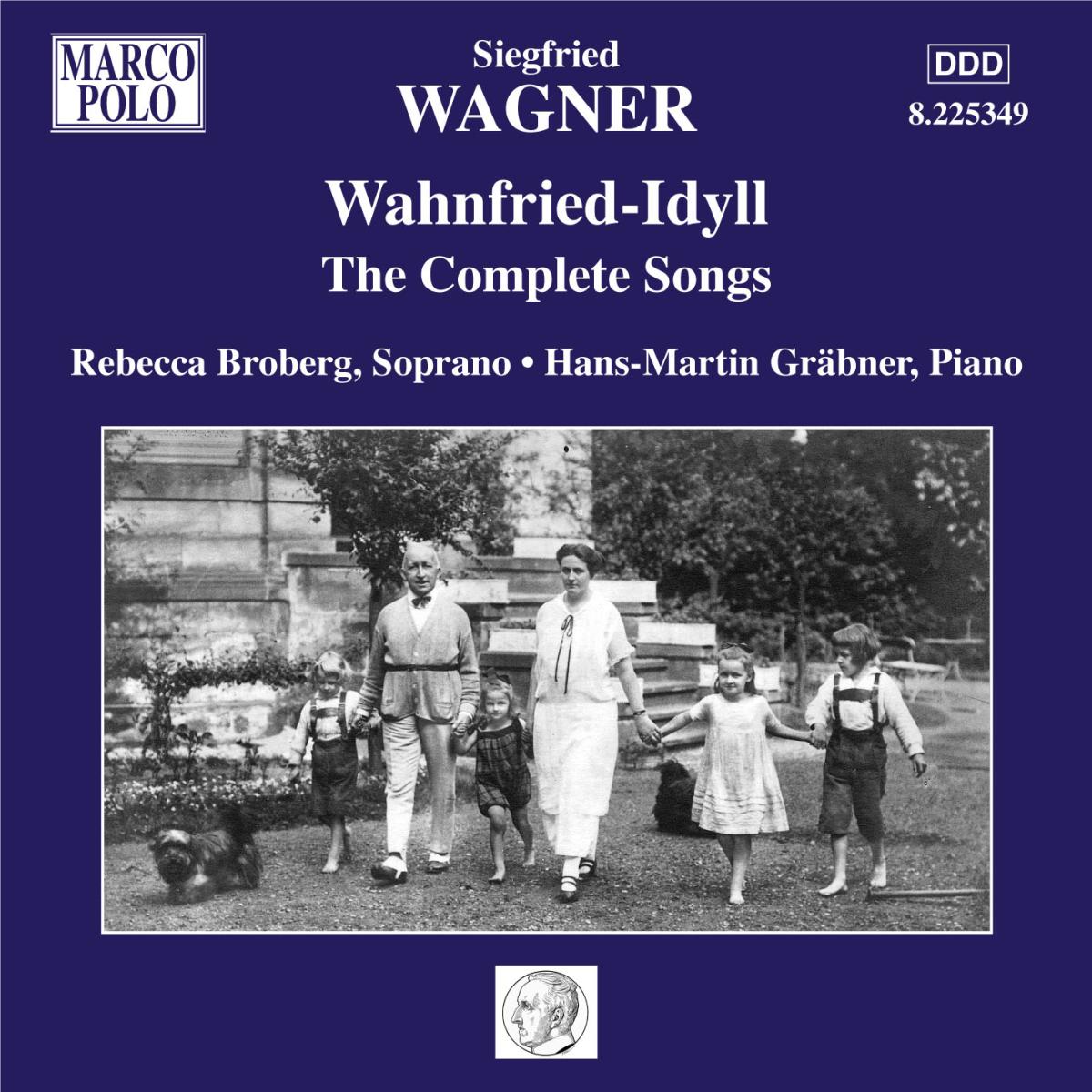 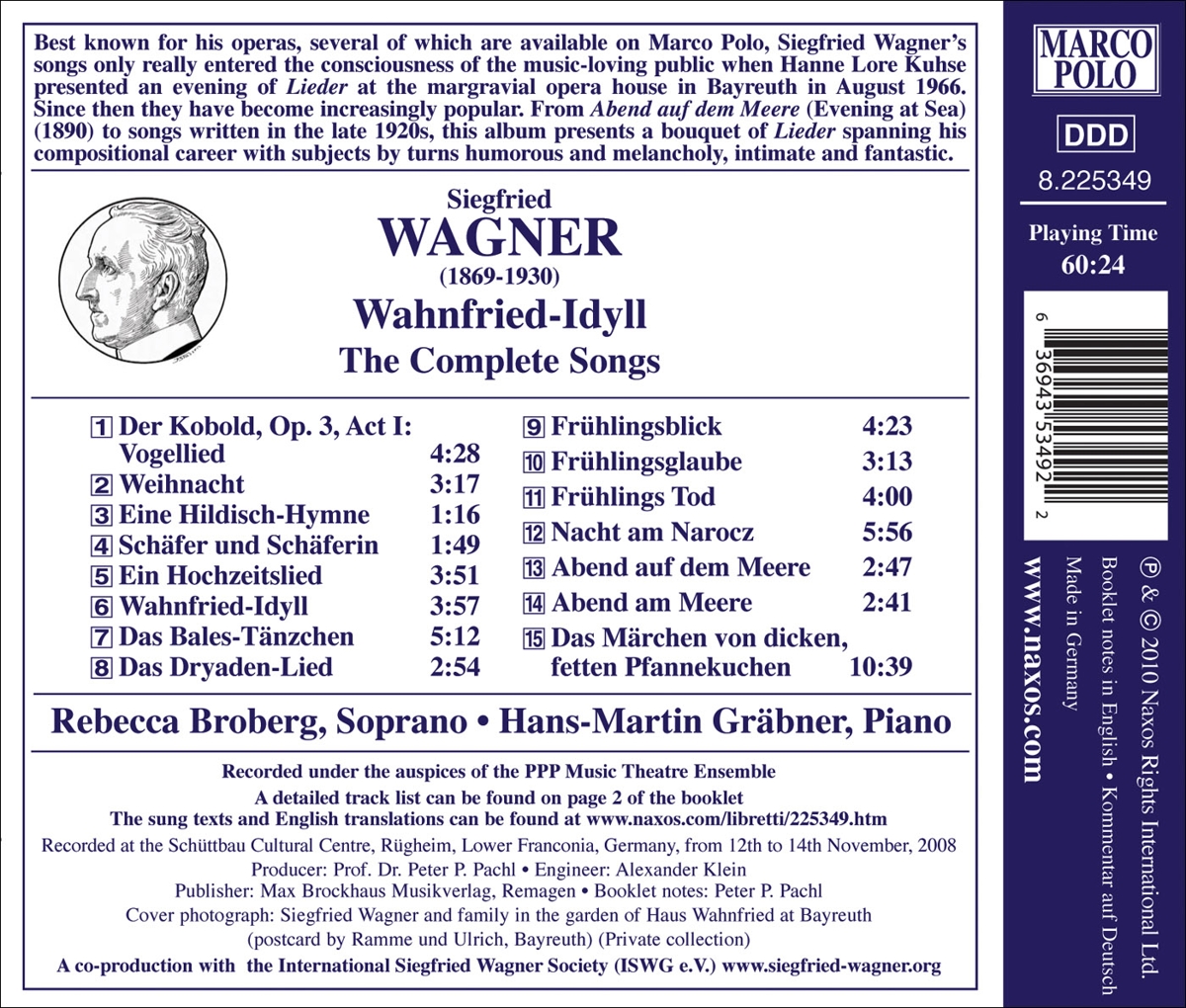 Bewertung:
umgehend lieferbar, Bestand beim Lieferanten vorhanden
EUR 13,99*
Best known for his operas, several of which are available on Marco Polo, Siegfried Wagner's songs only really entered the consciousness of the music-loving public when Hanne Lore Kuhse presented an evening of Lieder at the margravial opera house in Bayreuth in August 1966. Since then they have become increasingly popular. From Abend auf dem Meere (Evening at Sea) (1890) to songs written in the late 1920s, this album presents a bouquet of Lieder spanning his compositional career with subjects by turns humorous and melancholy, intimate and fantastic.