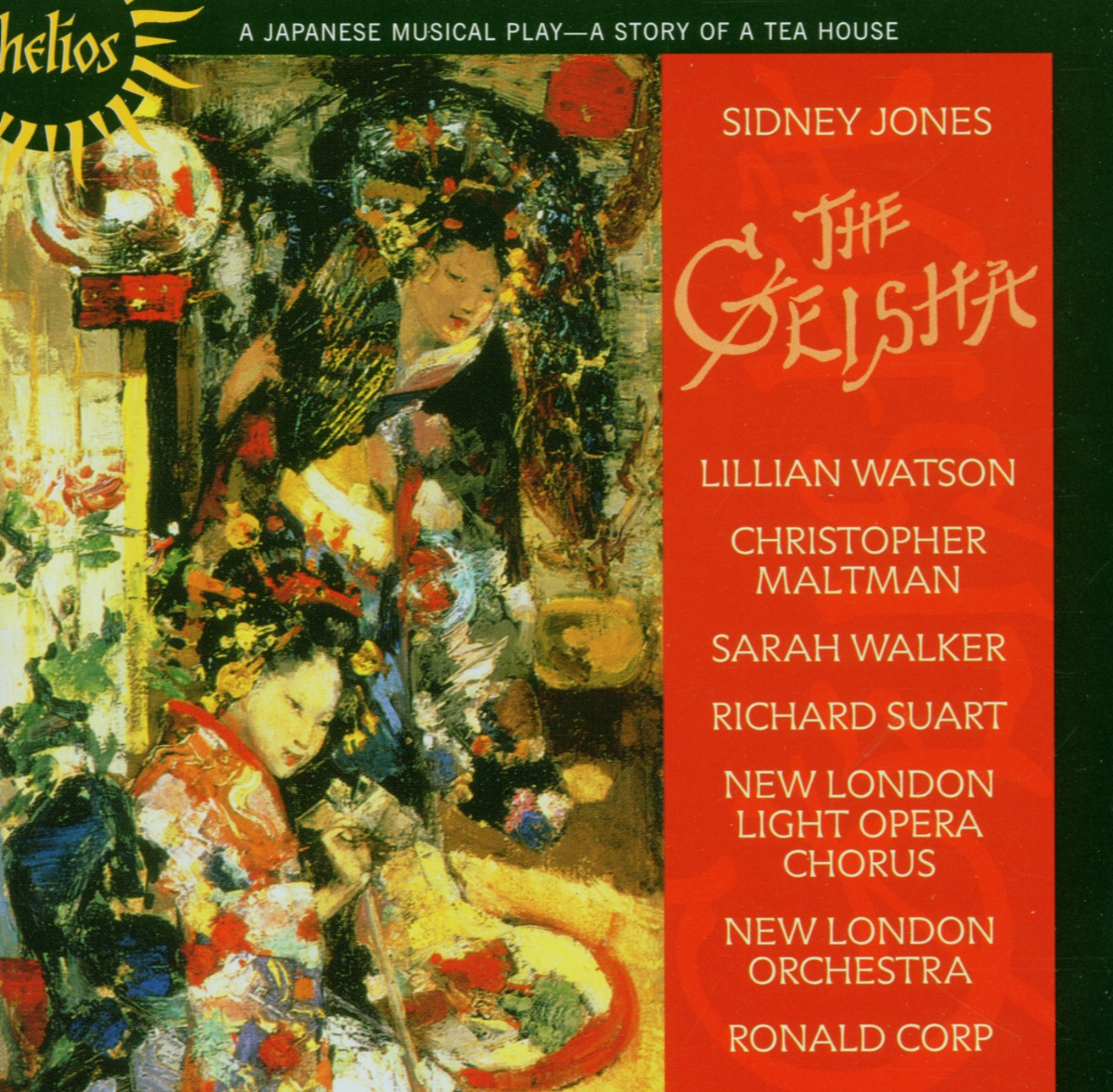 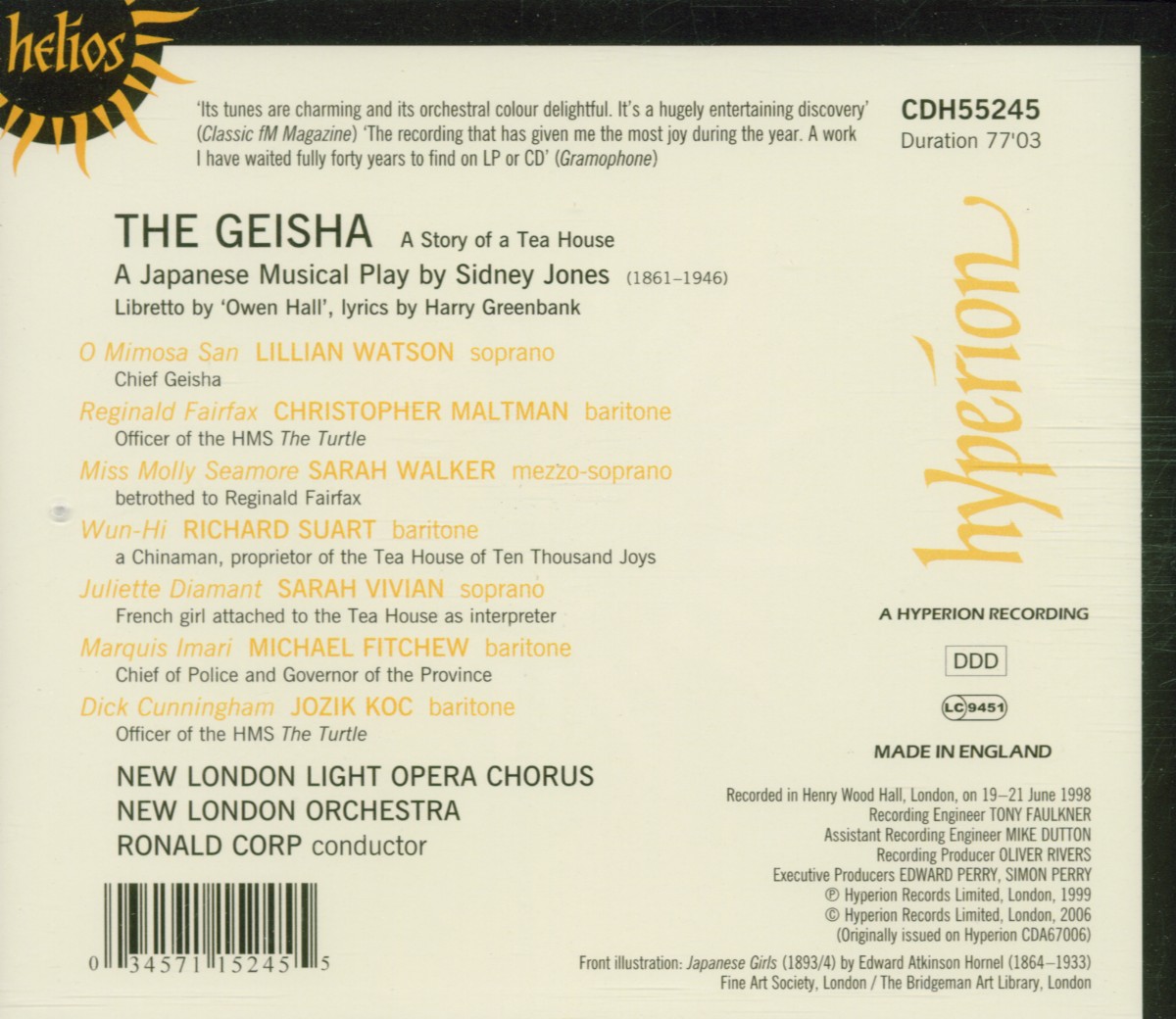 This issue is an extension of Ronald Corp's popular forays into the territory of light music. The 'musical comedy' called The Geisha, by Sidney Jones, dates from 1896 and was by far the biggest hit of that decade, its popularity outstripping everything else, even The Mikado, throughout Europe. It has never quite been forgotten, having been revived several times since, in both professional and amateur productions, in several languages. Everybody who knows the piece (and there are surprisingly many people who do; we've already had enthusiastic letters from people who've seen it illustrated in our new catalogue) is fulsome in their praise of it. The story tells of the amorous goings-on when Lieutenant Reggie Fairfax and his fellow officers from HMS Turtle descend on 'The Tea-House of Ten Thousand Joys' in Japan, longing for a cup of tea and female company. The three big hits from the score were the romantic 'Star of my soul' (sung here by Christopher Maltman), 'Chin Chin Chinaman' (hilariously delivered by Richard Suart and chorus) and 'The Amorous Goldfish' (sung in her own inimitable fashion by Sarah Walker). Politically the piece is highly incorrect!

'The recording that has given me the most joy during the year. A work I have waited fully 40 years to find on LP or CD' (Gramophone)

'This is an enterprising 'first'. I long to hear more of them and if this CD has the success it deserves, let us hope it may be the beginning of a series' (Gramophone)

'Its tunes are charming and its orchestral colour delightful. It's a hugely entertaining discovery' (Classic FM Magazine)

The Geisha (A Japanese Musical) (Gesamtaufnahme)