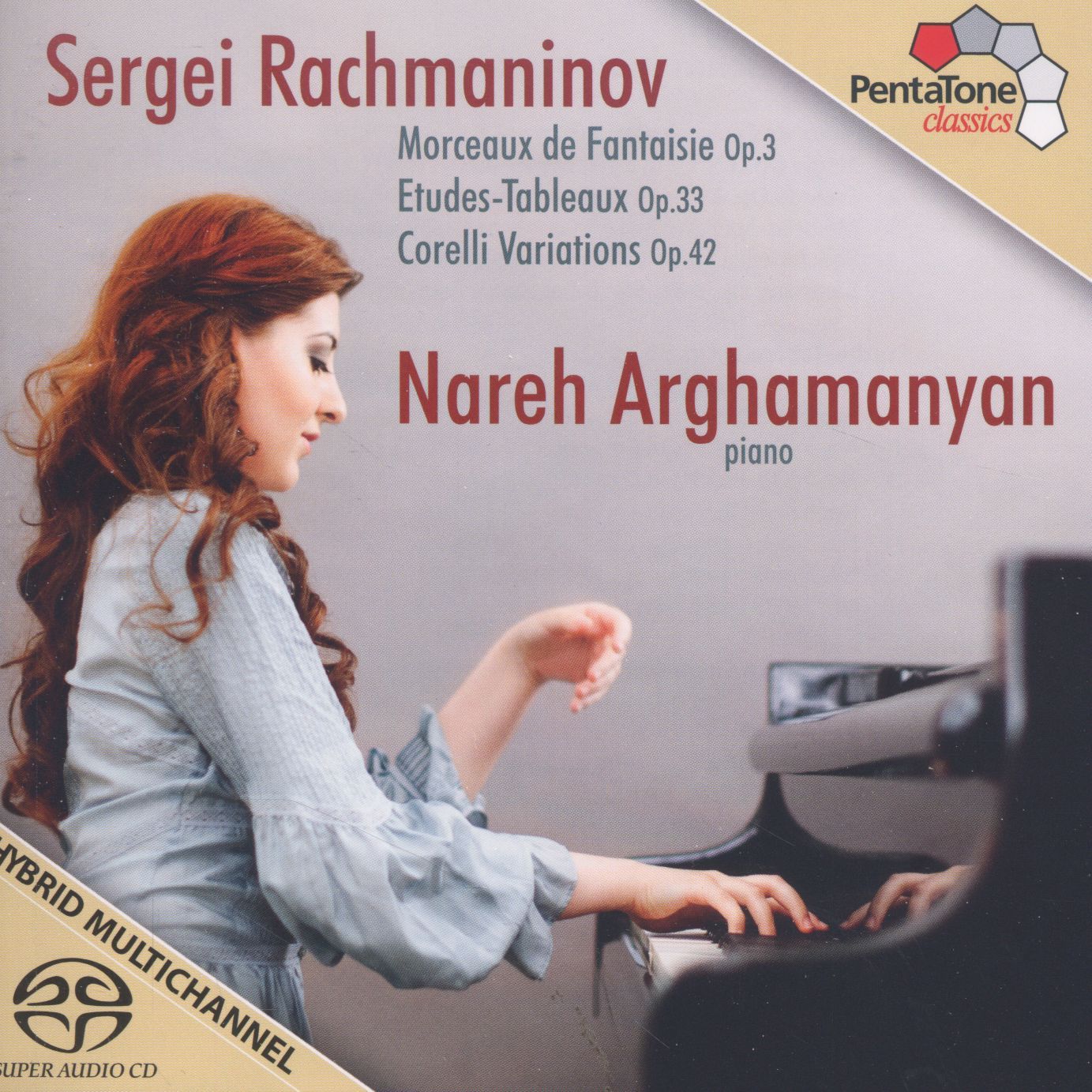 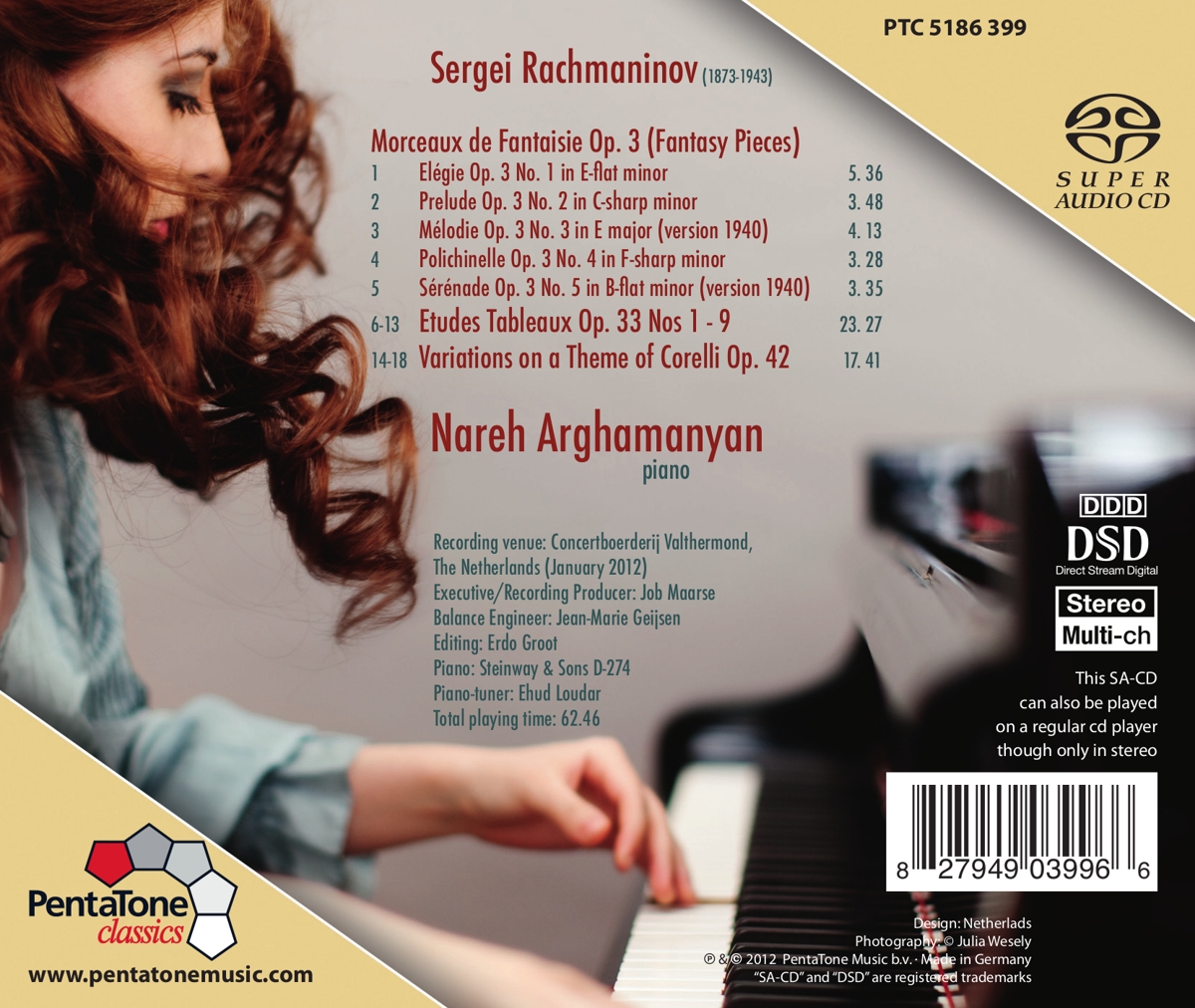 Bewertung:
umgehend lieferbar, Bestand beim Lieferanten vorhanden
EUR 16,99*
Versandkosten
What does Sergei Rachmaninoff mean to me? Is he another cryptographer of this eternal mystery called "music"? Or is he a creator? Perhaps a wandering musician? Or perhaps even more than simply a great composer and pianist? What is he disclosing to me by means of his sometimes sombre, sometimes tender, sometimes encouraging and ennobling music? Am I able to hear him, am I able to at least transfer his feelings and emotions to the audience? Why do I play his compositions? Will anything change in this mad, mad world if I do not perform them?... Fantasy, imagination, absorbing beauty, illusions, blinding visions, powerful outbursts, bright colours, divine serenity, striving for light and eternity... Rachmaninoff's music is full of all these elements and that is also why it attracts and moves me. But is that all?... I want, and try, to discern the person Rachmaninoff behind his music (or perhaps in front of it?), to understand where he came from, what made him the person he was, what so enriched his creative spirit (his soul) and his inner world. What were his feelings while creating, for example, his Etudes tableaux, which images did he wish to draw with his powerful fantasy – and are we capable of seeing the same visions? – what was he trying to convey with the title of an Etude? Later, I came across a quote from Rachmaninoff himself, as follows: "I do not believe in the artist disclosing too many images. Let him portray for himself that which seems most appropriate to him." And so I tried to let my fantasy fly free: bells ringing at sunset, a cyclone, a horsewoman who gets lost in an obscure Russian forest, is not rescued, and finally merges with the darkness, a mystical, ritual burial, madness… Tall, scrawny, with large, deep-blue eyes and long, bony fingers, champing at the bit, constantly restless and looking for a way out of his cage, jumpy, never self-confident, often deeply dejected… A homesick outcast, living abroad for a quarter of a century… Rising and falling, then rising again, yet falling again… Music and poetry; the sad and nostalgic poetry that accompanied his life… Rachmaninoff was an Orthodox Christian and knew how to use the language of symbols; thus, he managed to create works capable of abrading and purifying a person, bestowing upon him greater sensitivity and emotional insight. As the moon reflects the sun, thus Rachmaninoff reflects in his music the warmth of the eternal fire, the existence of which we can imagine only dimly, while attempting to disperse the mist… with our hands. He was blessed with an extraordinary musical talent, he dominated the art of conducting and created musical masterpieces – and at the same time was an excellent pianist – yet he was not acknowledged by the majority of contemporary critics and music-lovers. For his brilliant technique, exceptional ear, poetic musicality and completeness of performance created an incorrect impression: namely, that he was more a brilliant pianist than a composer. Critics often condemned Rachmaninoff the composer as lacking in depth; they considered his works to be mawkish and sentimental, based not on the rules and regulations of composing, but rather on emotion and sensory perceptions. On the other hand, the bold use of these structural, stylistic, and architectural elements demonstrate that we are dealing here with a professional master, who has an ample understanding of the secrets and skills involved with composition. Another highly convincing manifestation of this fact is the priority he gave to counterpoint in most of his compositions. Rachmaninoff was greatly inspired by Bach and considered him to be the "forefather" of all composers. He enriched the art of polyphony with bright new colours. In this album, I have included works from every period of Rachmaninoff's creative life. My intention was to present the entire spectrum of his personality, demonstrating the close interconnection between these pieces, and underlining the characteristics inherent to each piece. (Nareh Arghamanyan)