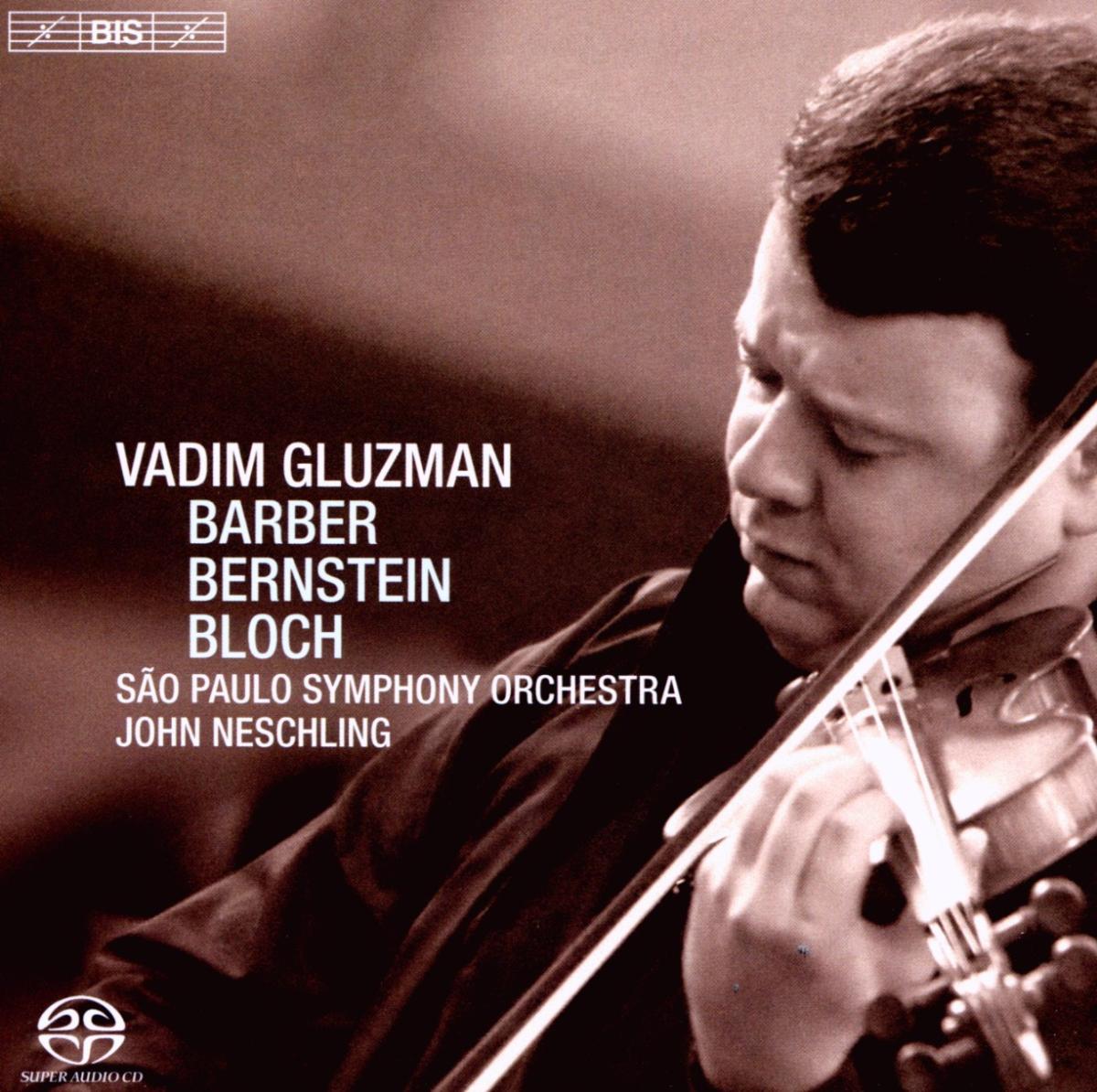 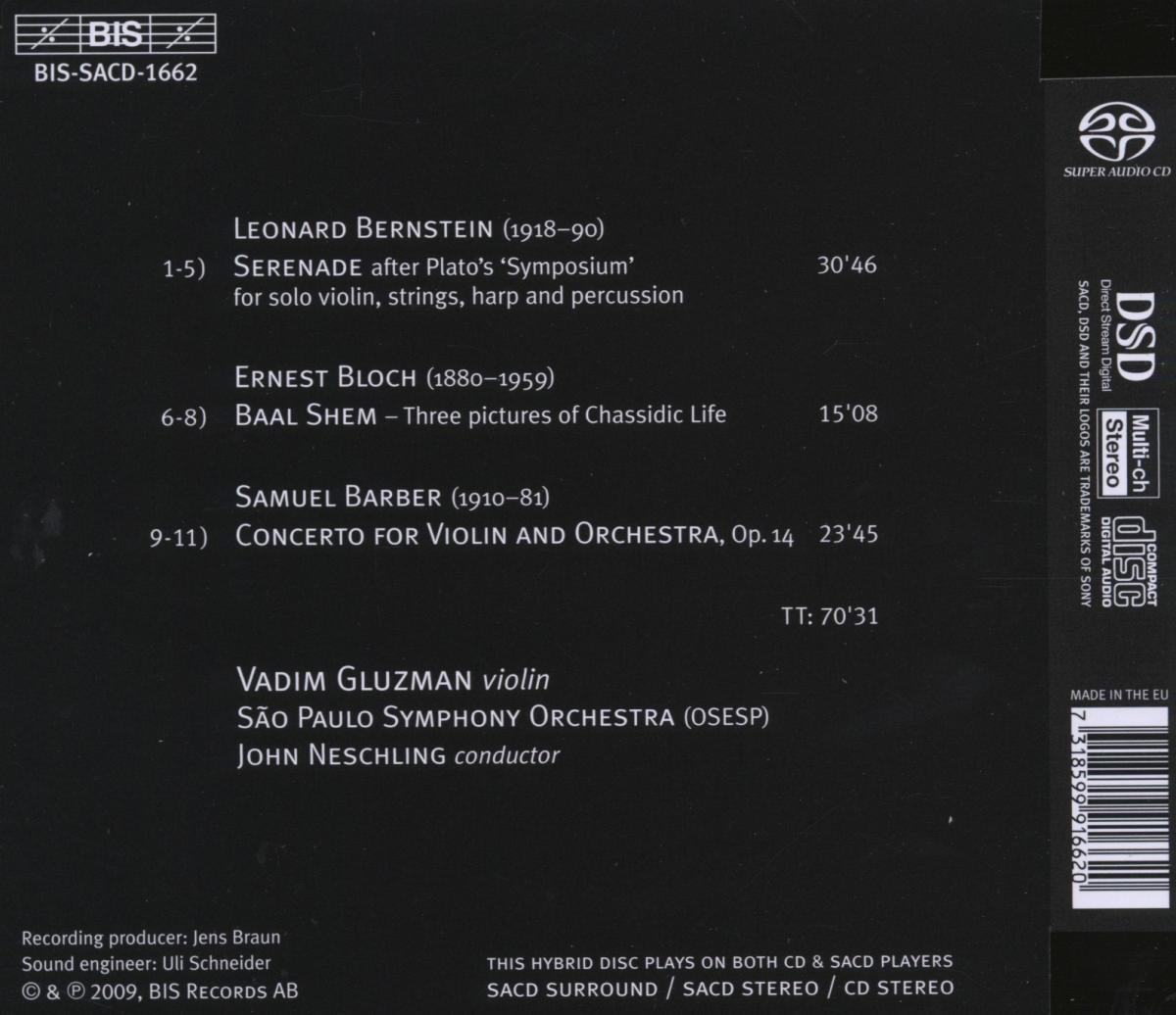 Bewertung:
Artikel am Lager
-65%
EUR 19,99**
EUR 6,99*
Versandkosten
BIS - Große Aktion
The three works for violin and orchestra gathered here testify both to the versatility of Vadim Gluzman as a performer and to the richness and variety of the influences at play in American music during the 20th century. Like the text by Plato which inspired it, Bernstein's Serenade, from 1954, is a series of statements in praise of love. Musically it is typical of its maker, with allusions both to his own music and to works by Bartók, Mendelssohn and Stravinsky, and with a hint of jazz in the finale. Composed some thirty years earlier, Ernest Bloch's Baal Shem turns to the Jewish culture of Eastern Europe, dealing specifically with aspects of the Chassidic movement. Its second movement, Nigun (Improvisation) is probably Bloch's most famous work for the violin, an attempt to recreate the ecstasy generated by fervent religious singing. Samuel Barber, on the other hand, was deeply fascinated by the music of J. S. Bach and Brahms, although this is not always obvious in his music. His Violin Concerto, which he began to compose in Switzerland in 1939, while war was breaking out in Europe, has been described as having 'a chastened and aristocratic classic style'. That violinist Vadim Gluzman possesses the musical convictions and the supreme command of his instrument to do justice to all of these works will be clear to anyone who has encountered his previous concerto disc, with works by Tchaikovsky and Glazunov. The recipient of numerous distinctions, it was glowingly reviewed, for instance in International Record Review: 'The variety of tone, lithe, sinuous and febrile ... is truly exceptional.' Gluzman is here supported by the São Paulo Symphony Orchestra (OSESP) under John Neschling, a team that has demonstrated its versatility on a number of recordings ranging from Villa-Lobos' Choros to Liszt's piano concertos.