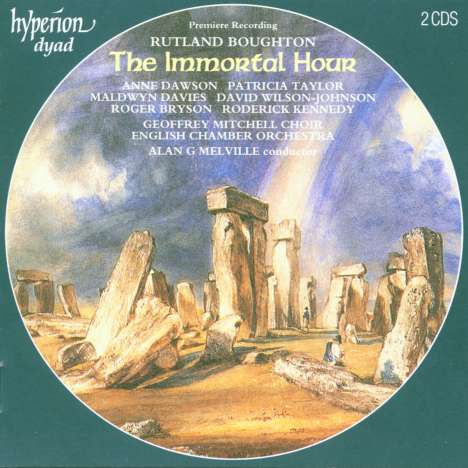 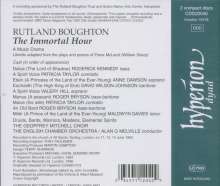 Of all the landmarks in the chequered history of British opera none is more remarkable than The Immortal Hour, and no Englishman’s operatic career more curious than that of its composer, Rutland Boughton. The Immortal Hour still holds the world record for the greatest number of consecutive performances of any serious opera, and yet—save for the brief and often fatally amateur revival—it has been allowed to fall into obscurity and become, like its composer, the object of much patronizing misunderstanding and not a little derision. During his lifetime Rutland Boughton was a controversial figure, as much the architect of his misfortunes as he was of his many triumphs. But now that the dust has settled it is possible to look with a fresh and candid eye on his undaunted spirit and the work which his contemporaries regarded as a masterpiece.

'Vividly atmospheric. Quite exceptional on all counts' (Gramophone)

'Not to be missed' (Classic CD)

The immortal hour (A music-drama) (Gesamtaufnahme)