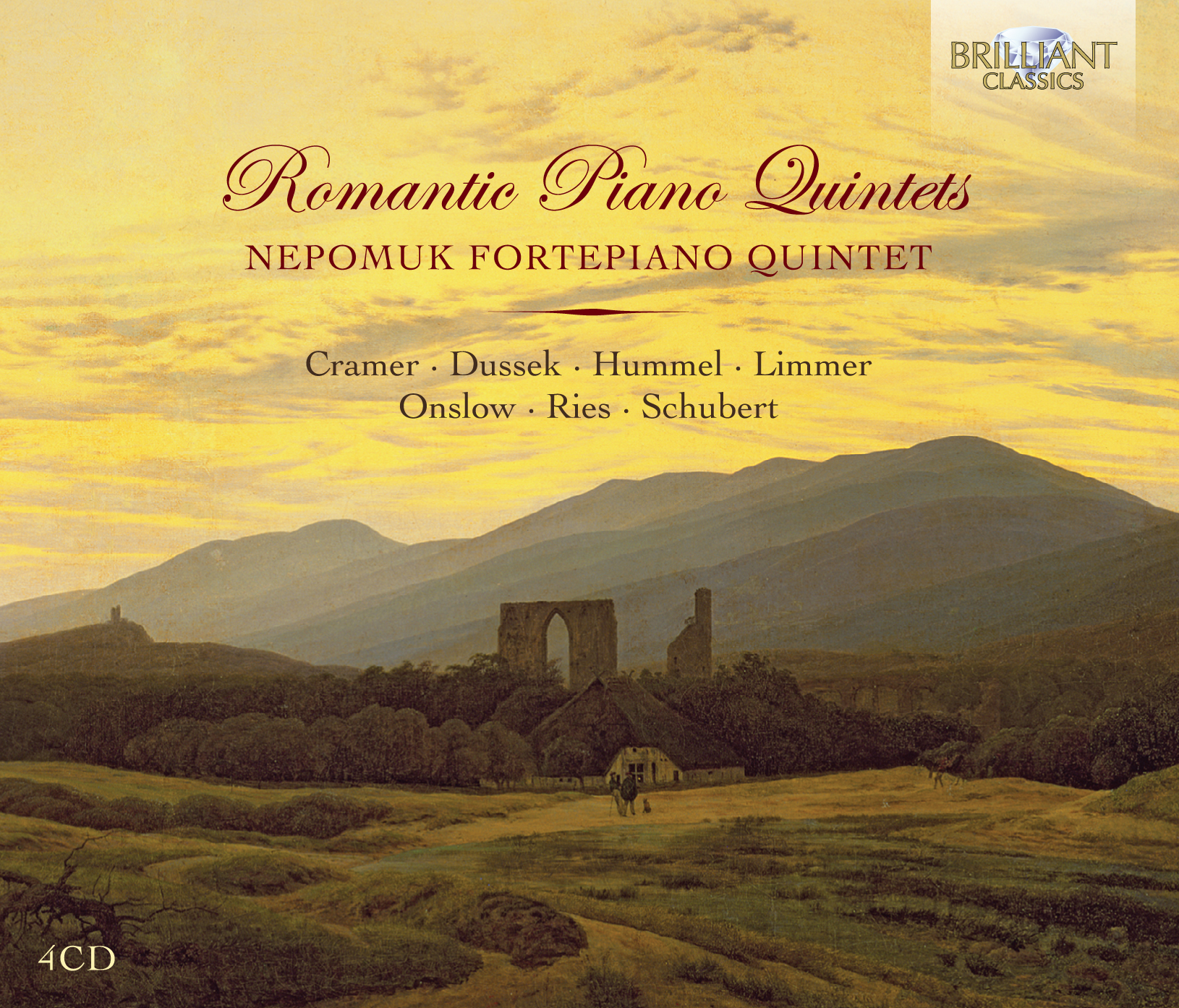 Wajnberg Trio - Weinberg / Tansman / Tschaikowsky
EUR 15,99**
CD
EUR 14,99*
This four-disc set provides listeners with a fantastic introduction to the Romantic piano quintet, showcasing lesser-known gems of the genre, alongside a few more recognisable offerings. Performed by the Nepomuk Fortepiano Quintet, who specialise in performing with the more unusual ensemble of piano, violin, viola, cello and double bass, this is a unique and fascinating project.

The collection places the first half of the 19th century in the spotlight, an era that experienced a steady stream of creativity in the area of chamber music. In the opening disc, quintets by Ries and Limmer are explored, works of impressive drama that both feature an ambitious level of virtuoso piano writing. The second disc surveys quintets by Dussek, Onslow and Hummel, whose elegant and refined style can also be heard in the Op. 74 quintet on disc four. In disc three, alongside the English composer Cramer's Quintet in B flat, Schubert's famous 'Trout' quintet is featured, an inventive work, particularly in its approach to harmony. The set is concluded by George Onslow's Op. 70.

These beautiful recordings by the Nepomuk Fortepiano Quintet capture the central qualities of the Romantic piano quintet, bringing to life the warm timbres, fluid melodies, challenging virtuosity and growing sense of drama. The ensemble specialise in bringing to life repertoire that has been forgotten in the passage of time -- and, as their premiere performances of the Limmer and Cramer quintets demonstrate, these works are particularly deserving of rediscovery.

- This unique collection (the only one in the market!) features a representative selection of Early Romantic Piano Quintets, large scale works in which the piano part is often of a highly virtuoso character, sometimes set off against the string ensemble in such a way as to suggest a hybrid Piano Concerto.

- The best known work is the Trout Quintet by Schubert, but collectors will be pleasantly surprised by the high musical quality of the works by Hummel (a formidable piano virtuoso himself!), Ries (a close friend of Beethoven), Cramer, Limmer, Dussek and Onslow (still a Geheimtipp among music lovers!).

- The Nepomuk Fortepiano Quintet (named after their patron Johann Nepomuk Hummel) play on original instruments, the piano an exceptionally fine period instrument from the famous collection of Edwin Beunk.