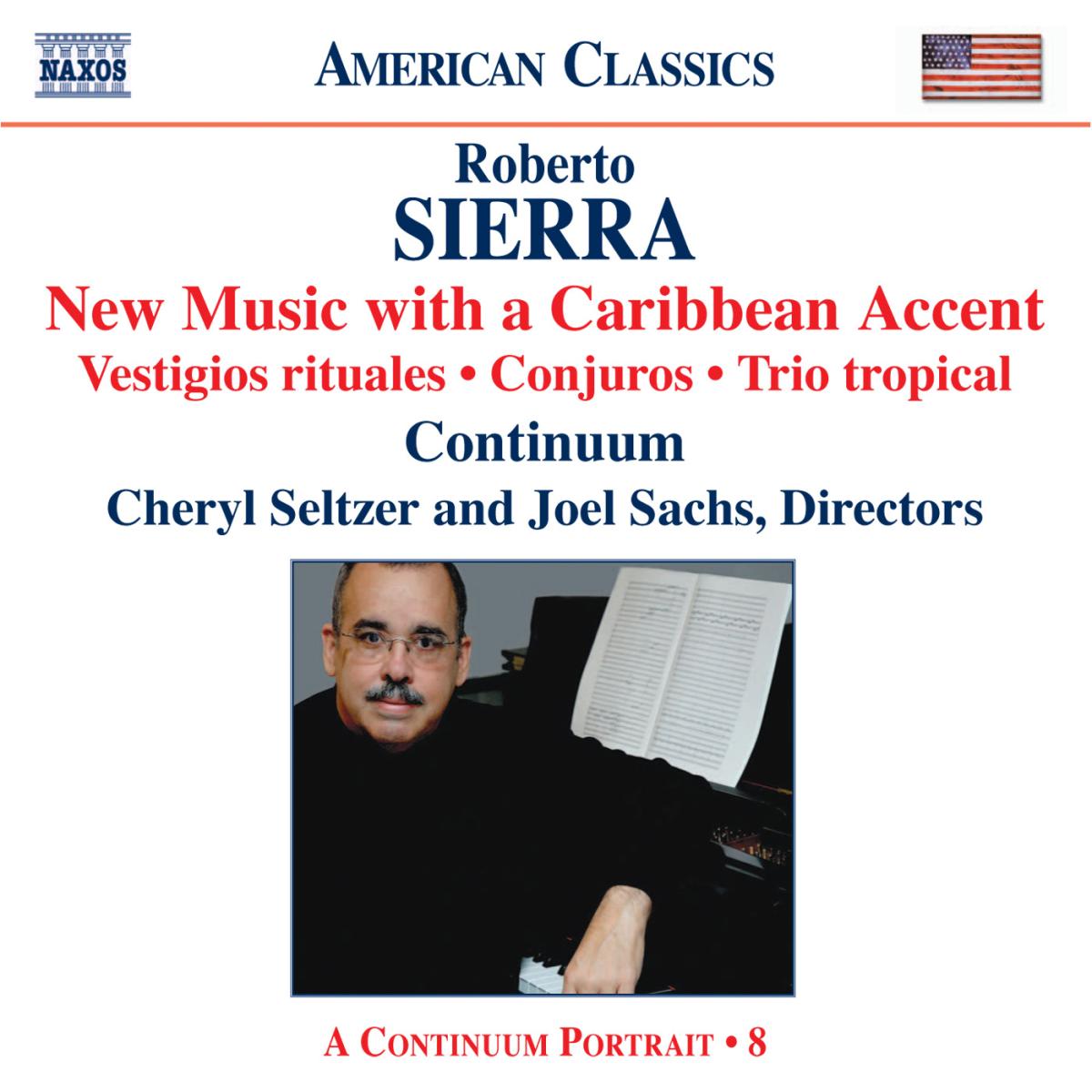 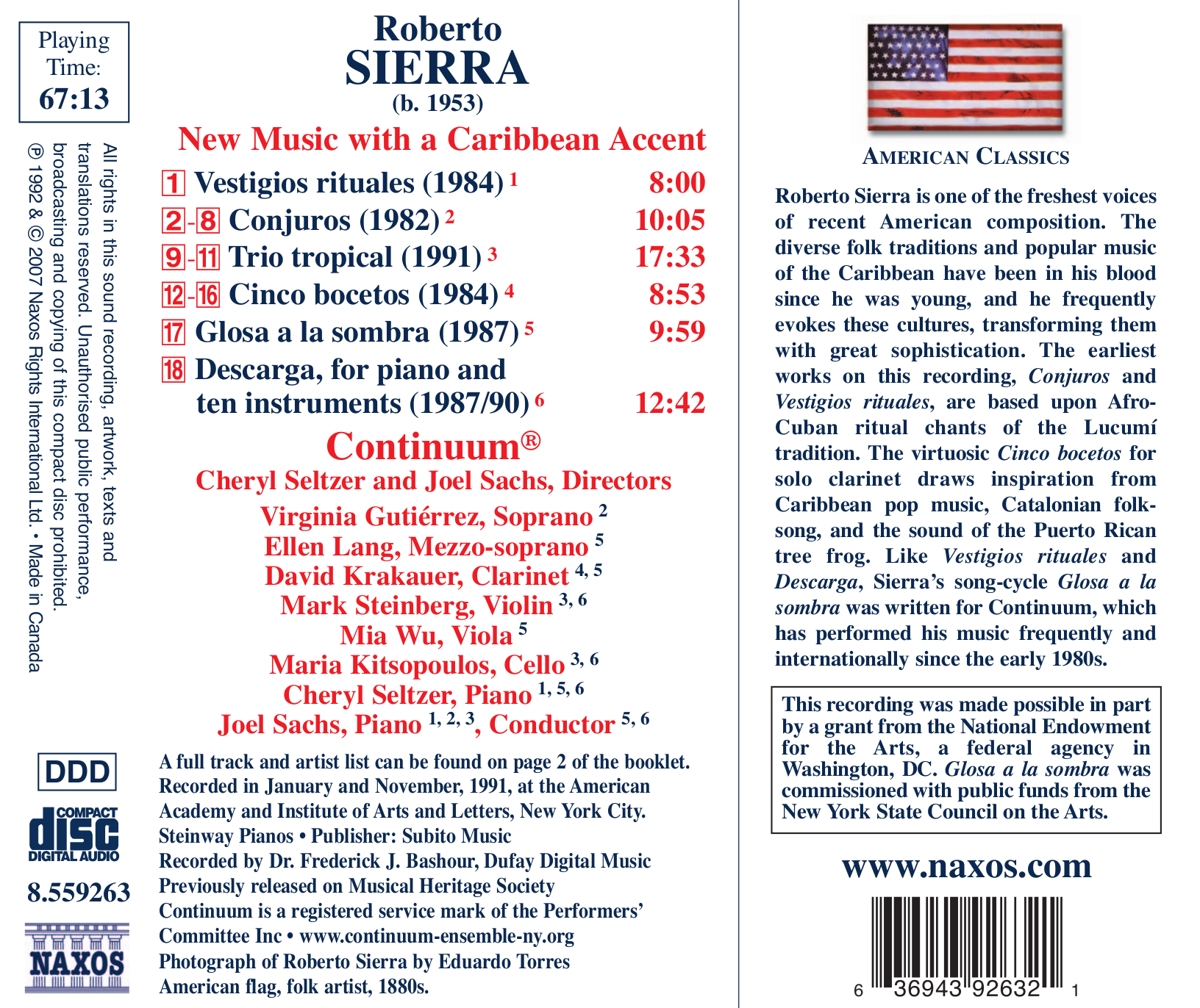 Bewertung:
umgehend lieferbar, Bestand beim Lieferanten vorhanden
EUR 9,99*
Roberto Sierra is one of the freshest voices of recent American composition. The diverse folk traditions and popular music of the Caribbean have been in his blood since he was young, and he frequently evokes these cultures, transforming them with great sophistication. The earliest works on this recording, Conjuros and Vestigios rituales, are based upon Afro-Cuban ritual chants of the Lucumí tradition. The virtuosic Cinco bocetos for solo clarinet draws inspiration from Caribbean pop music, Catalonian folk-song, and the sound of the Puerto Rican tree frog. Like Vestigios rituales and Descarga, Sierra's song-cycle Glosa a la sombra was written for Continuum, which has performed his music frequently and internationally since the early 1980s.