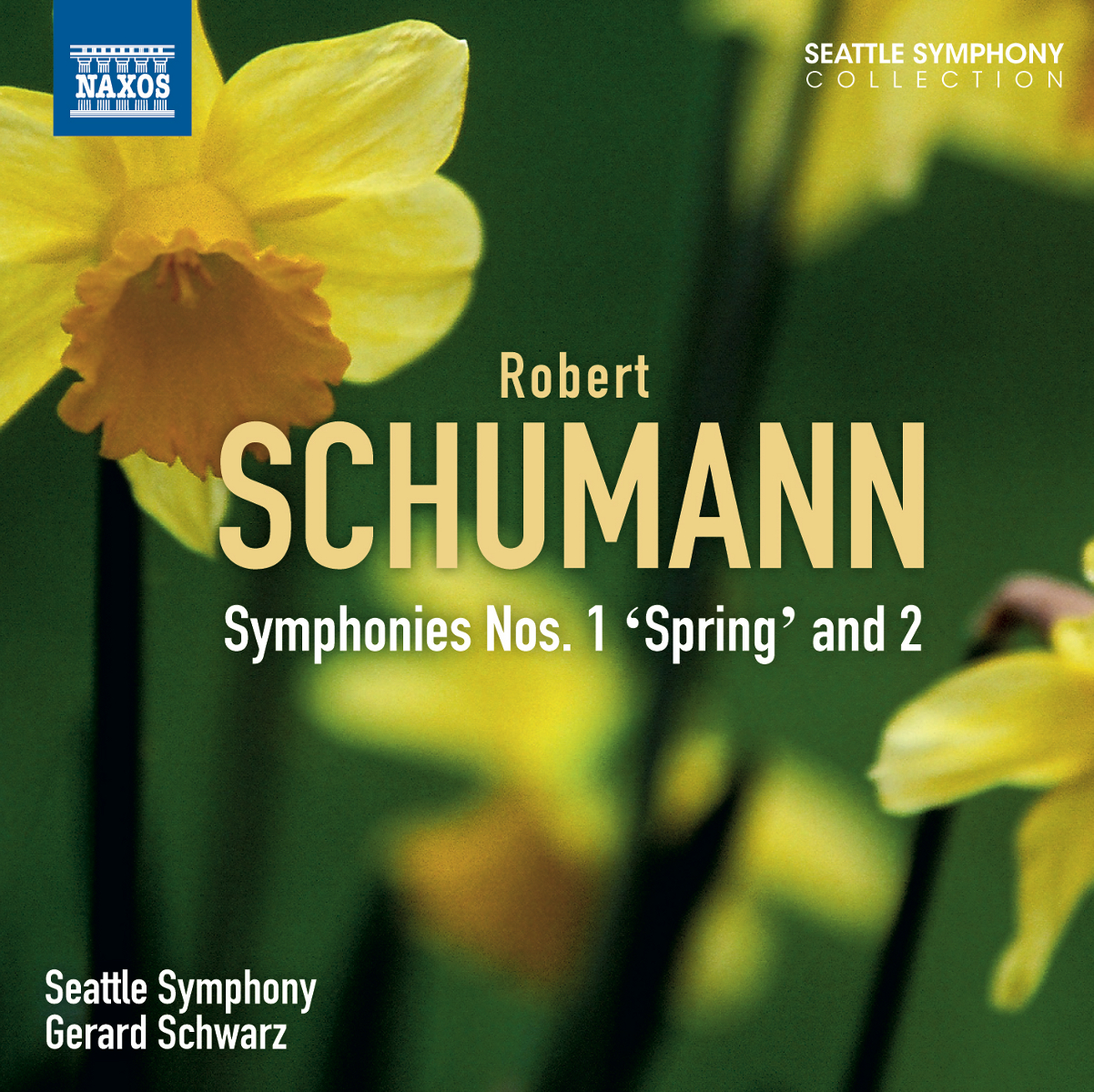 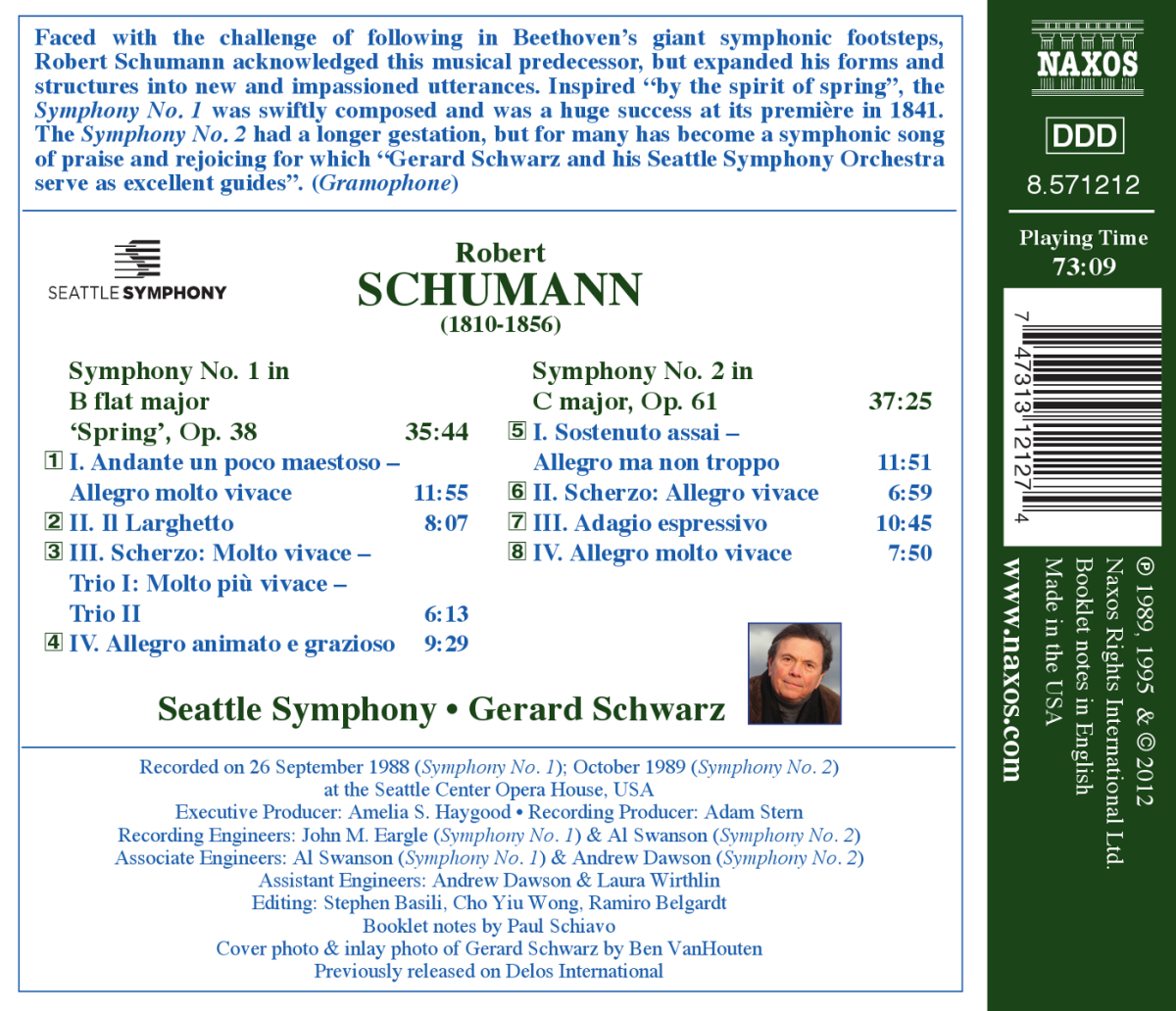 Faced with the challenge of following in Beethoven’s giant symphonic footsteps, Robert Schumann acknowledged this musical predecessor, but expanded his forms and structures into new and impassioned utterances. Inspired “by the spirit of spring”, the Symphony No 1 was swiftly composed and was a huge success at its première in 1841. The Symphony No 2 had a longer gestation, but for many has become a symphonic song of praise and rejoicing for which “Gerard Schwarz and his Seattle Symphony Orchestra serve as excellent guides”. (Gramophone) (naxos. com)