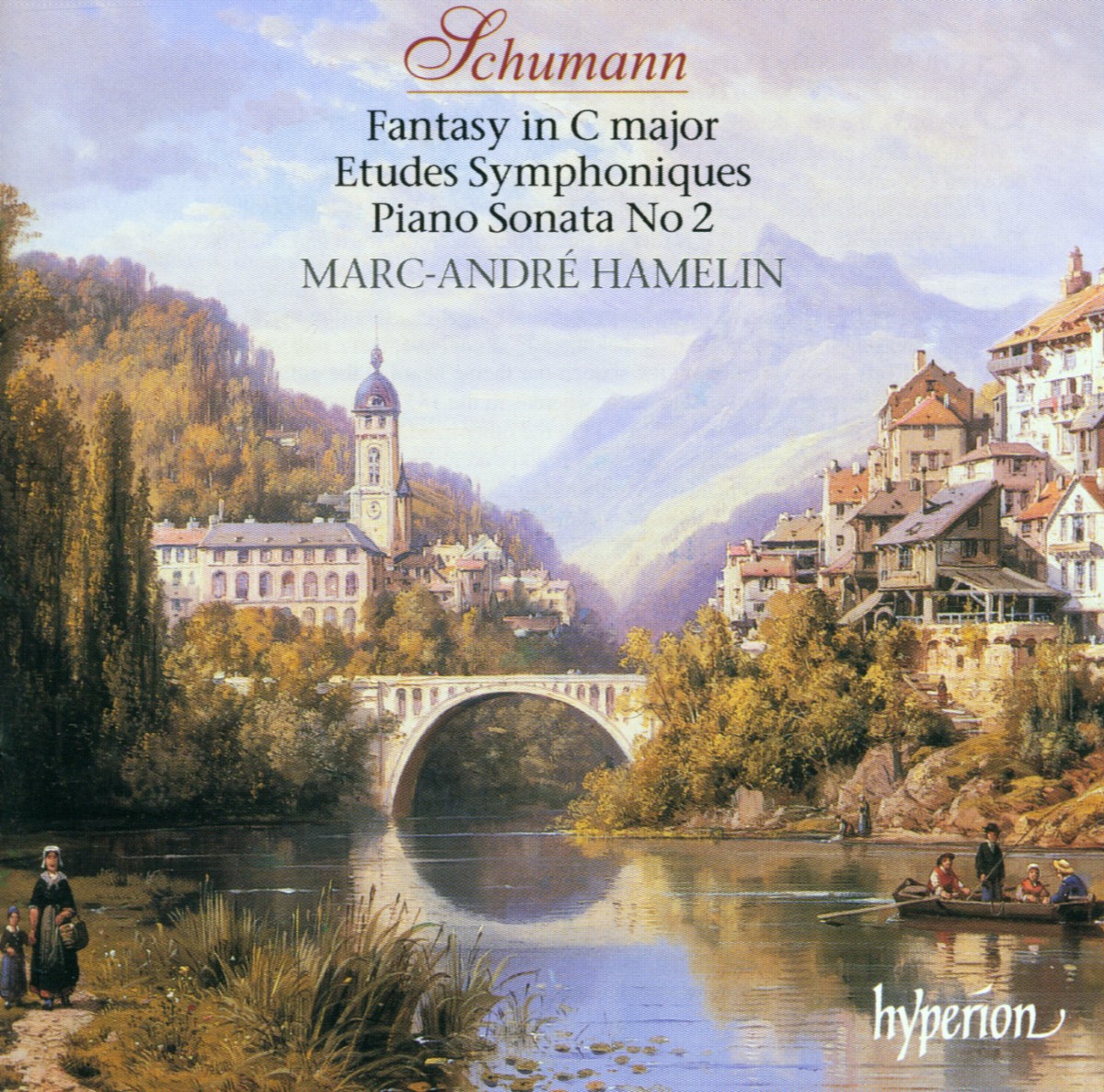 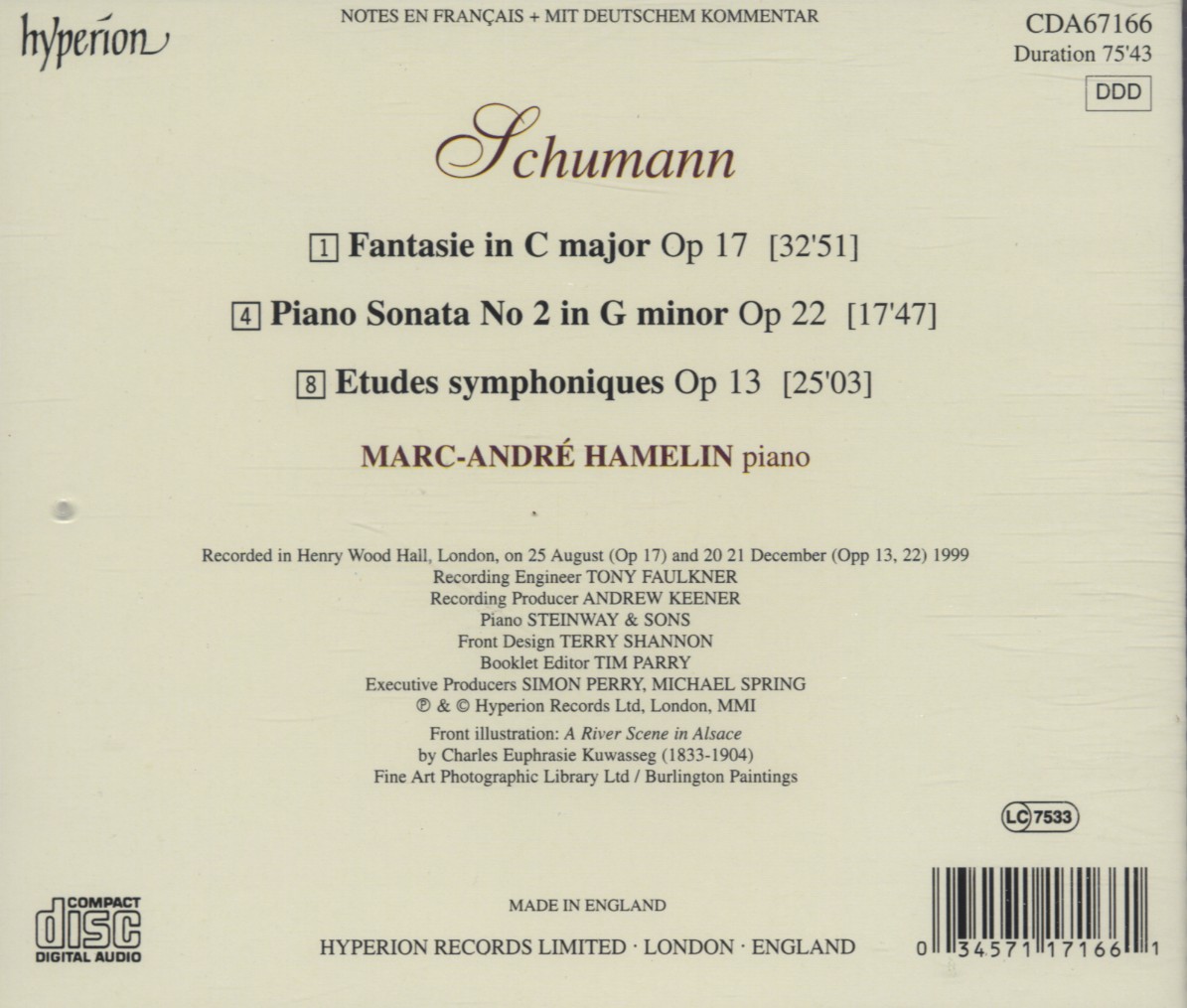 This disc contains Schumann's three greatest abstract works for piano (as opposed to his suites of character pieces such as Carnival and Kinderszenen), including the Fantasy Op 17—arguably his finest piano work. Marc-André Hamelin has lived with these works for many years, and has made something of a speciality of the C major Fantasy, which he has played many times in concert. These performances have been widely praised, and we are delighted that this studio recording captures all the poetry and Romantic feeling of his live performances.

Schumann was, of course, primarily a lyricist of the piano, but that did not stop him writing some of the most fearsomely difficult passages in the repertoire: the coda to the second movement of the Fantasy is an infamous example, as are many of the variations in the Études symphoniques. Nevertheless, Marc-André Hamelin's legendary virtuosity allows him complete freedom to concentrate on the music rather than merely on the technical challenges. His now familiar hallmarks of refinement of tone and clarity of line, coupled with his warmth of expression, enable him to communicate Schumann's poetry with a rare poise and passion. All in all, this is yet another outstanding recording to add to Hamelin's impressive discography for Hyperion.

»These are among the most poetic readings you will find by anyone. The tone is beautiful, the phrases long and songful, the drama passionate. This disc whets one's appetite for more mainstream masterpieces from the world's fastest fingers« (The Capital Times)

»If you want to experience a whirlwind ride, Hamelin is definitely your man. A remarkable tour-de-force« (The Irish Times)