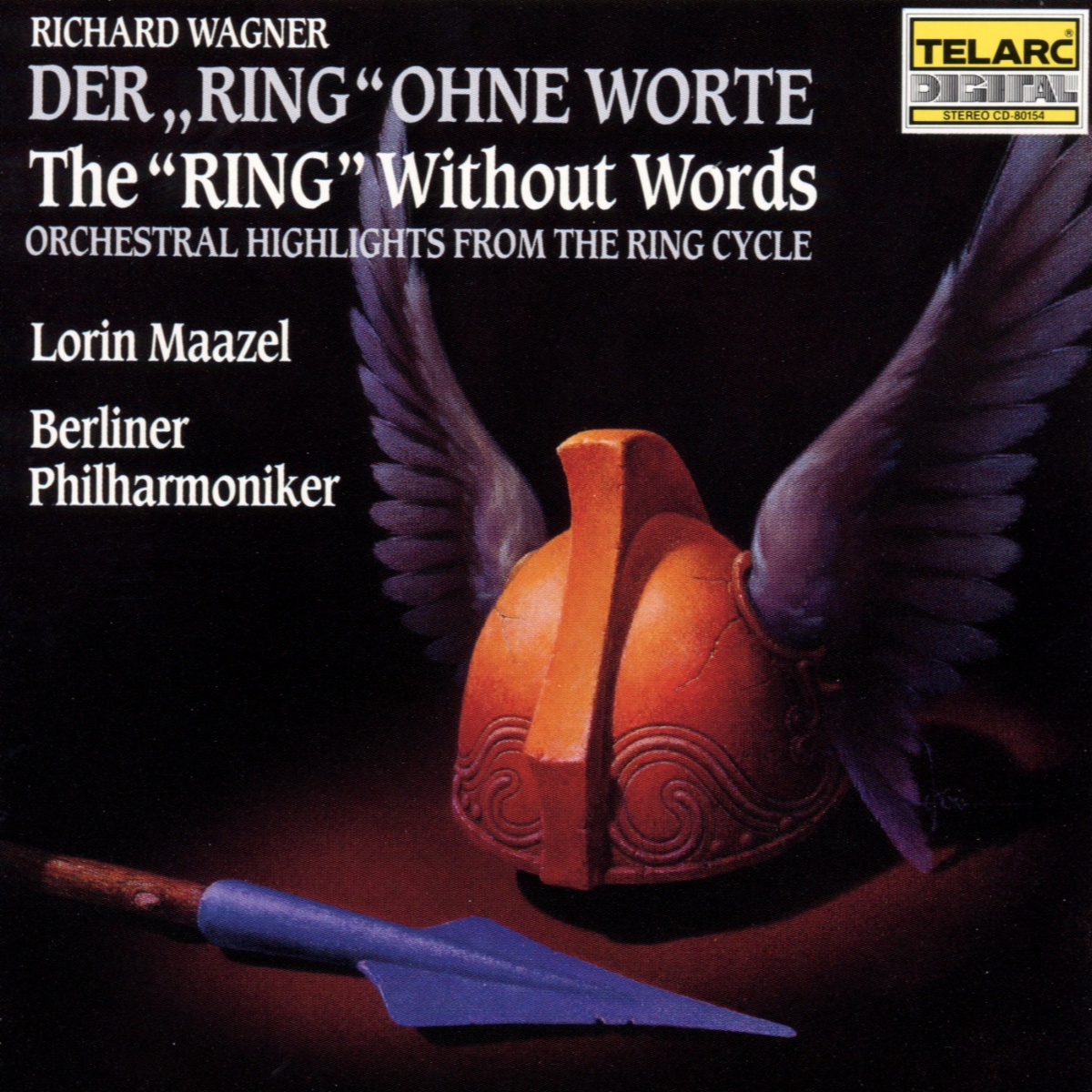 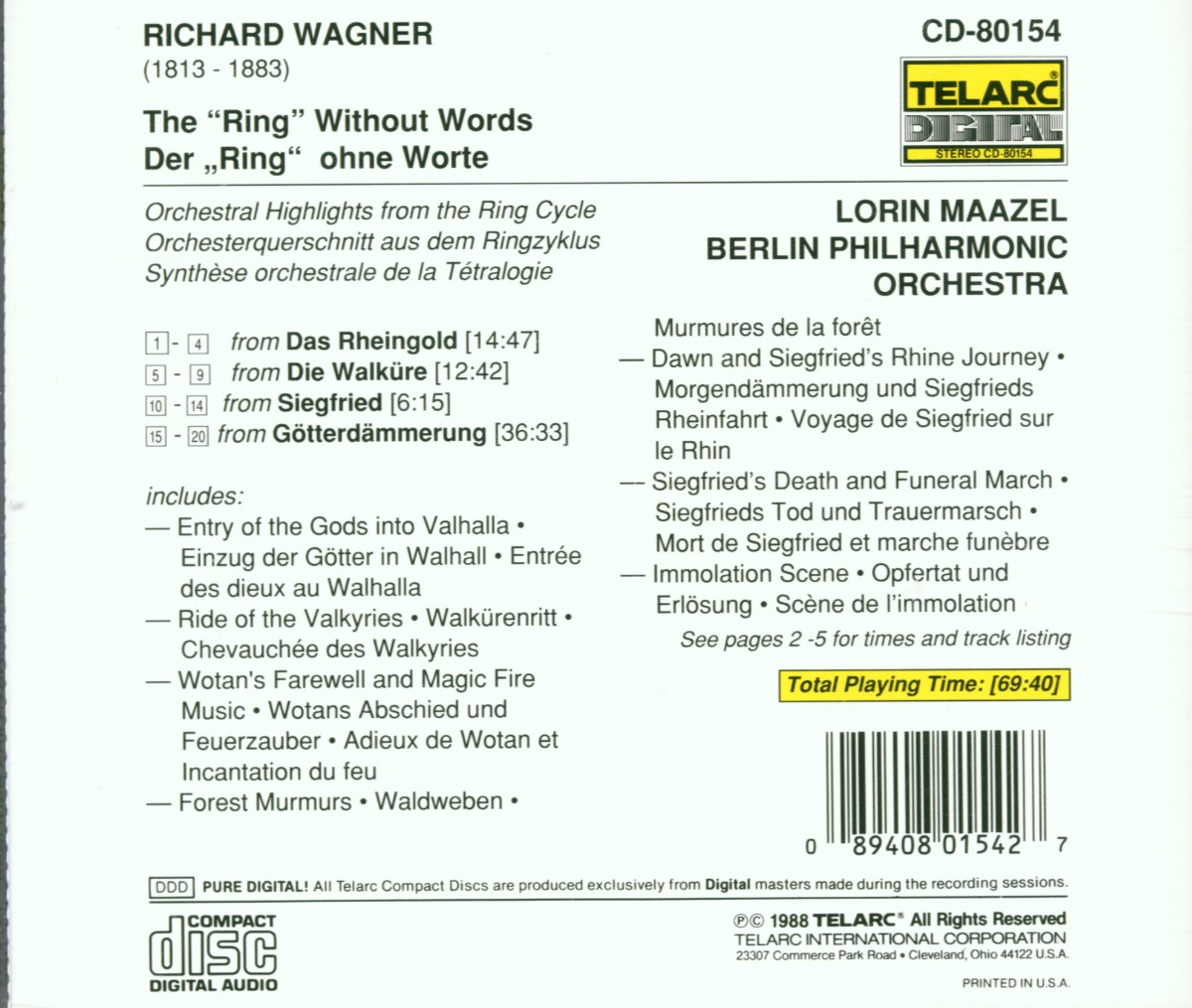 Bewertung:
Artikel am Lager
EUR 8,99*
Versandkosten
This disc is a unique synthesis of orchestral music from Wagner's Ring cycle. Arranged by Lorin Maazel, the work was designed to be free flowing (no breaks) and chronological, beginning with the first note of Rheingold and finishing with the last chord of Goetterdaemmerung. All the music is Wagner's, and even the transitional material is drawn from the original scores. To convey the breadth and scope of the entire work, Maazel also excerpted material from each opera in proportion to the whole cycle. The result is a 70-minute symphonic journey through Wagner's four great operas.

Consisting of four monumental operas, Wagner's The Ring of Nibelung was one of the most ambitious musical projects ever composed, and has been successful in every respect. With its huge orchestras, sprawling mythological plot, and intense musical drama, the Ring changed the world of music. Orchestrally, they are probably the most complex operas in history, and only the most intrepid of orchestras are up to the challenge.

For this recording, Telarc chose to combine its pristine digital sound with the orchestral sheen of the illustrious Berlin Philharmonic. One of the world's greatest ensembles, the Berlin Philharmonic, has built an unparalleled reputation in the music of Wagner and his contemporaries. This synthesis by conductor Lorin Maazel includes all the standard Ring orchestral excerpts such as Ride of the Valkyries and Siegfried's Rhine Journey, as well as most of the leitmotifs known to exist in the score. The result is a unique and innovative symphonic suite (played without interruption) performed by one of the world's most esteemed orchestras. (concordmusicgroup. com)