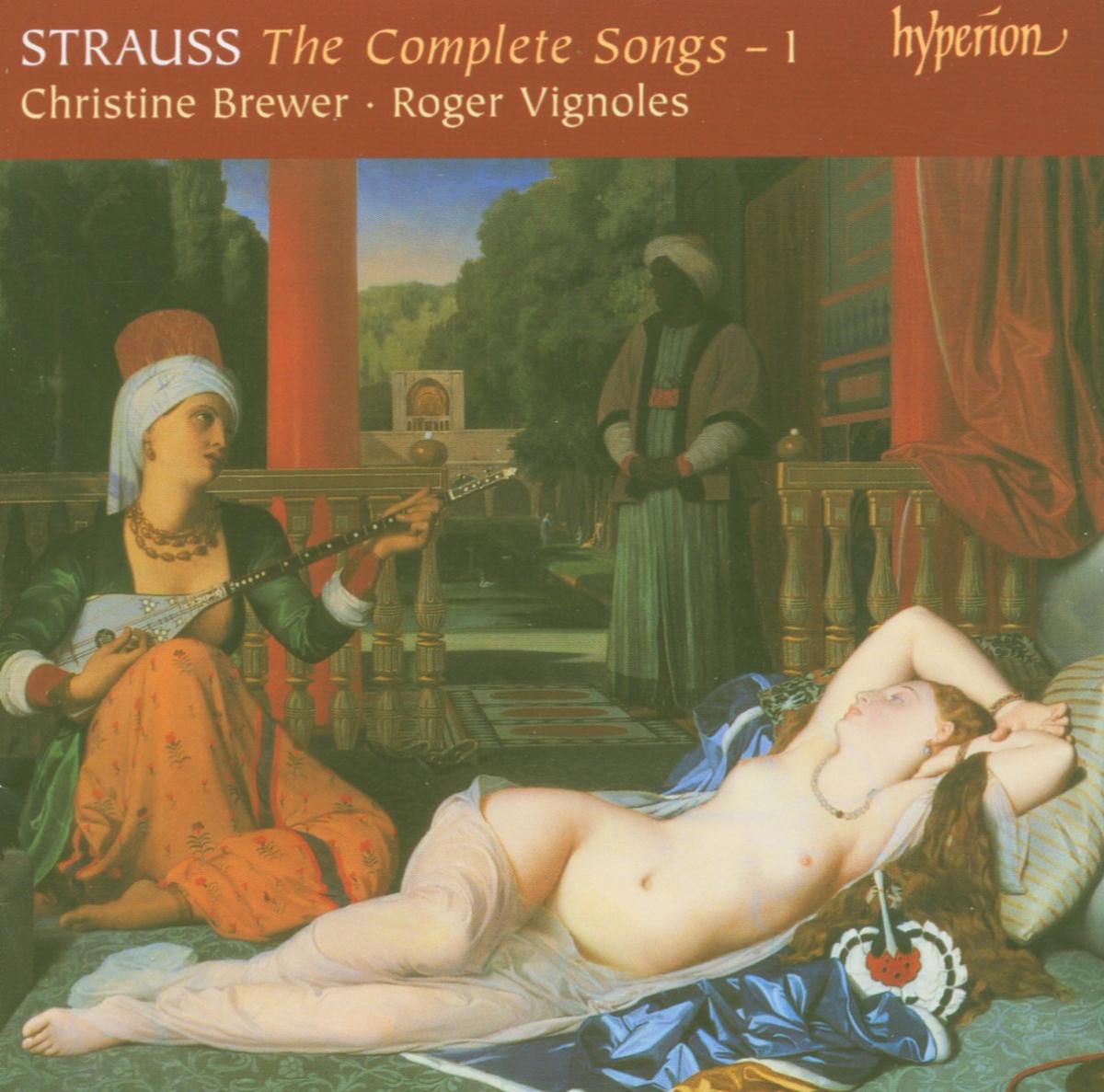 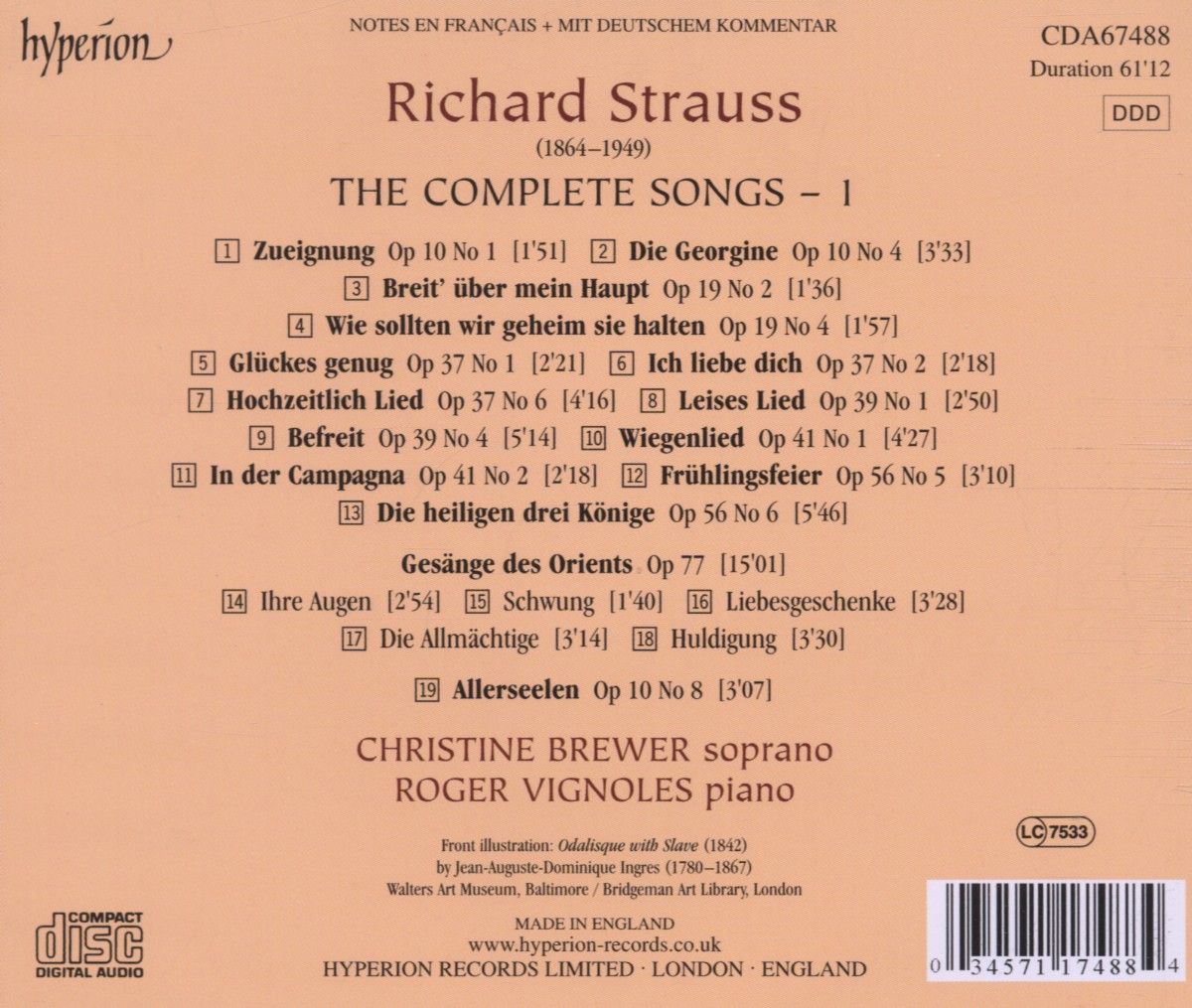 The inception of an important new series on Hyperion: the complete songs of Richard Strauss on a projected eight or nine CDs. Although Strauss wrote over two hundred songs, barely a dozen are well known to the public at large and not more than perhaps thirty feature with any regularity in concert programmes. In part this obscurity could be ascribed to the mediocre nature of much of the poetry the composer chose to set; Goethe, Rückert and Heine do indeed put in an appearance, but for the most part Strauss seemed content to set lesser-known poems from the byways of literature. Perhaps this allowed him to focus more completely on the music itself, unburdened of the potential for invidious comparison. The orchestral nature of many of Strauss’s accompaniments, furthermore, can serve to intimidate performers, yet we know that the composer’s own performances (many given with his soprano wife) allowed for significant divergence from the so-called Urtext as circumstances demanded. Such considerations are swept aside in this new recording, with Roger Vignoles providing the perfect accompaniment to Christine Brewer (whose performances in Ariadne auf Naxos have, not surprisingly, won her considerable international acclaim) in a recital which combines such favourites as Wiegenlied, Zueignung and Allerseelen with a host of lesser-known songs in the first of what promises to be an enthralling series. Full texts and translations are provided, along with insightful commentaries on each song by Roger Vignoles.

'At all times Brewer and Vignoles work together hand in glove … This is a properly equal partnership that bodes very well indeed for this admirable project. Brewer and Vignoles set high standards for anyone who would record Strauss now and for future collaborations on Hyperion too!' (International Record Review)

'there seems to be no challenge that Christine Brewer and Roger Vignoles can't meet in these opulent songs. Brewer's soaring voice offers a fabulous range of colour and dynamics, and Vignoles matches her with a truly orchestral palette at the keyboard' (Classic FM Magazine)