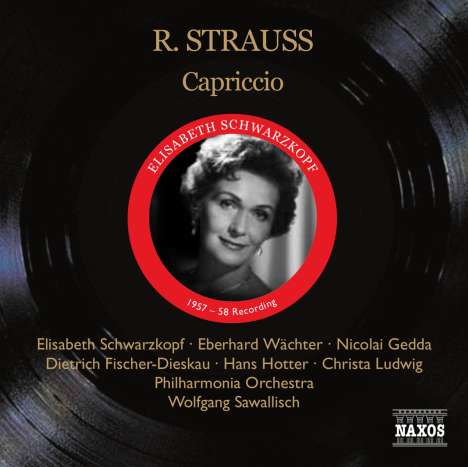 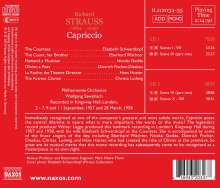 Immediately recognised as one of the composer's greatest and most subtle works, Capriccio poses the central dilemma in opera: what is more important, the words or the music? The legendary record producer Walter Legge produced this landmark recording in London's Kingsway Hall during 1957 and 1958, with his wife Elisabeth Schwarzkopf as the Countess. She is accompanied by some of the finest singers of the day, including Eberhard Wächter, Nicolai Gedda, Dietrich Fischer-Dieskau, Christa Ludwig, and Hans Hotter, who had created the rôle of Olivier at the première. So great are its musical merits that this mono recording has subsequently come to be recognised as a masterpiece in its own right.