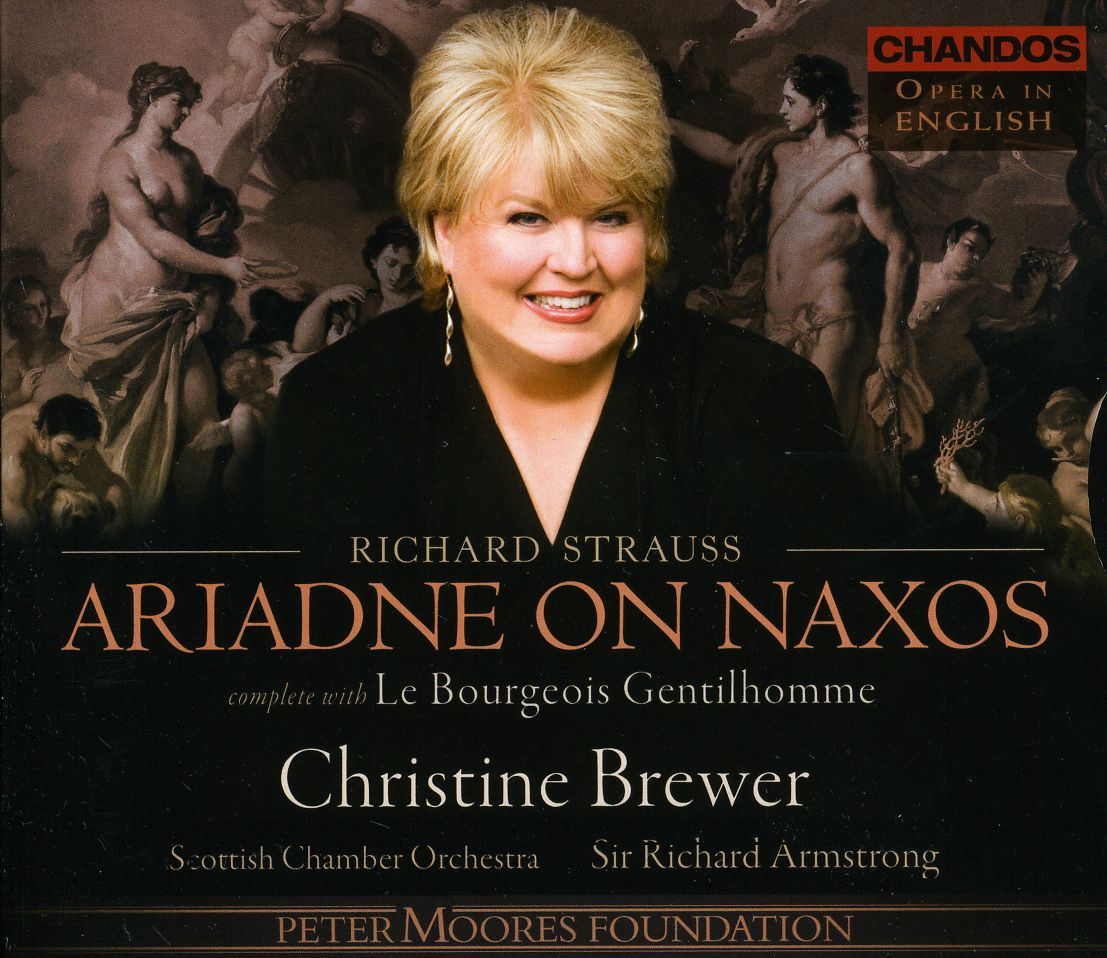 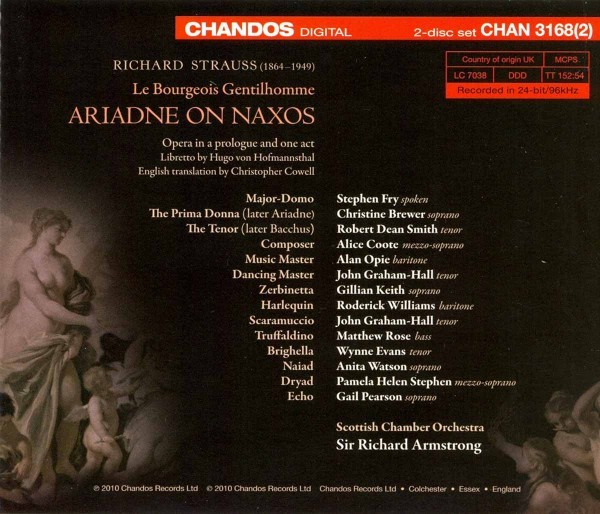 ‘With support from the Peter Moores Foundation, Chandos has assembled an excellent Anglo-American cast for this new recording in English of Strauss’s two-part opera about opera. The dialogue crackles and there’s a palpable sense of drama, notably when Alice Coote, a composer of poise and ardour, is centre stage. With singer-actors of the calibre of Alan Opie and John Graham-Hall, the smaller parts are bracingly characterised, and the casting of Stephen Fry in the speaking role of Major Domo is inspired… The recording value lies in preserving Christine Brewer’s Ariadne – warm, majestic, humane, rising to radiant heights in the finale with Robert Dean Smith’s Bacchus. Armstrong conducting the Scottish Chamber Orchestra offers clarity and opulence: his experience pays in his immaculate pacing of the climaxes… It comes with Strauss’s Suite from Le Bourgeois Gentilhomme, which Armstrong handles with a light touch.’

‘I have nothing but praise for this splendid recording. Sir Richard Armstrong conducts a lucid performance in which every detail is captured by the engineers. It’s sung in English, and the cast is stunning, headed by the American soprano Christine Brewer in glorious voice as Ariadne; the lustrous mezzo Alice Coote tender, impulsive and rapturous as the Composer in the Prologue; Alan Opie, an understanding but exasperated Music Master; Gillian Keith a stratospheric Zerbinetta; and Robert Dean Smith as lyrical a Bacchus as one is likely to find today. There is also a marvellous Major Domo from Stephen Fry, even though one does miss here the character’s untranslatably pompous German.’

“A strong cast and excellent recording quality make this a must for Straussians.” John Steane
Gramophone - November 2010

CD of the Week
“… the cast has no weak links, and Richard Armstrong and the SCO set the seal of the recording’s success. It’s a treat too, to have the delightful suite from Le Bourgeois Gentilhomme as an entrée.” **** Hugh Canning
The Sunday Times - 12 September 2010