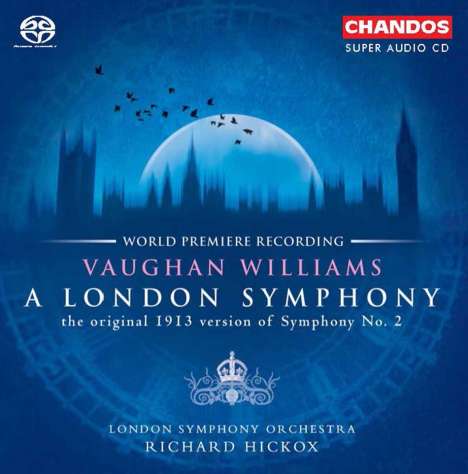 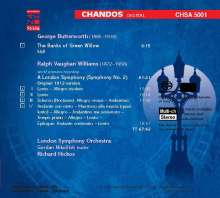 A London Symphony was Vaughan Williams’s own favourite among his symphonies. It was the one he revised most often, first in 1918 – 20, then even more radically in the 1930s. What this revelatory reading demonstrates is that the twenty minutes or so of music that were excised included many passages that represent the composer at his most magically poetic. There is even a case for saying that in an age which thrives on expansive symphonies – the examples of Bruckner, Mahler and Shostakovich always before us – the original offers the richer experience. Vaughan Williams undoubtedly made the work structurally tauter, but discursiveness in a symphony is no longer regarded as necessarily a fault.

No one could have made the case for this 1913 version more persuasively than Hickox. He draws ravishing sounds throughout from the London Symphony Orchestra, with an unerring feeling for idiomatic rubato and a powerful control of massive dynamic contrasts. In this original version the first movement is the familiar one, but each of the subsequent movements here includes substantial sections completely eliminated later, some of them echoing Ravel’s Daphnis et Chloé (among these an extended one in the Scherzo). The sumptuous Chandos sound, with an extraordinarily wide dynamic range, adds to the impact of the performance, which comes with a short but valuable and beautifully played fill-up.

»The CD is one of my favourite recordings, beautifully 'placed' in the welcoming acoustic of All Saints' Church Tooting. The additional resolution of SACD yields a still more silky sound from the upper strings, and shines a brighter light on the image, while the multi-channel version literally envelopes you to impressive effect.« Gramophone