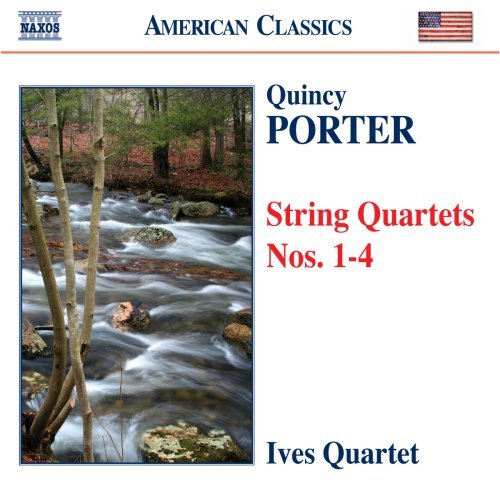 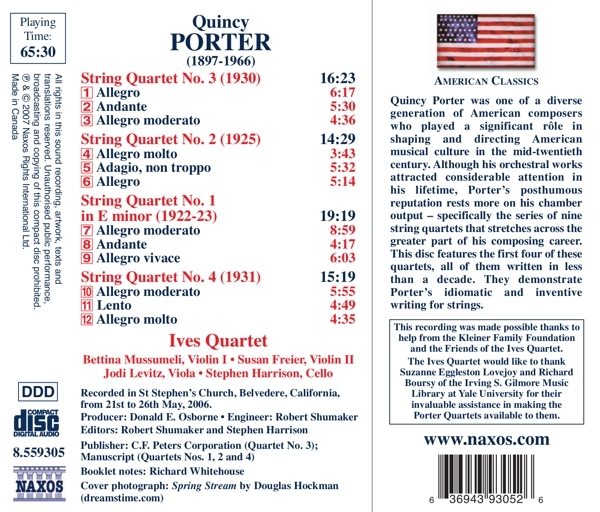 Bewertung:
versandfertig innerhalb von 1-3 Tagen
(soweit verfügbar beim Lieferanten)
EUR 9,99*
Versandkosten
Quincy Porter was one of a diverse generation of American composers who played a significant role in shaping and directing American musical culture in the mid-twentieth century. Although his orchestral works attracted considerable attention in his lifetime, Porter's posthumous reputation rests more on his chamber output - specifically the series of nine string quartets that stretches across the greater part of his composing career. This disc features the first four of these quartets, all of them written in less than a decade. They demonstrate Porter's idiomatic and inventive writing for strings.