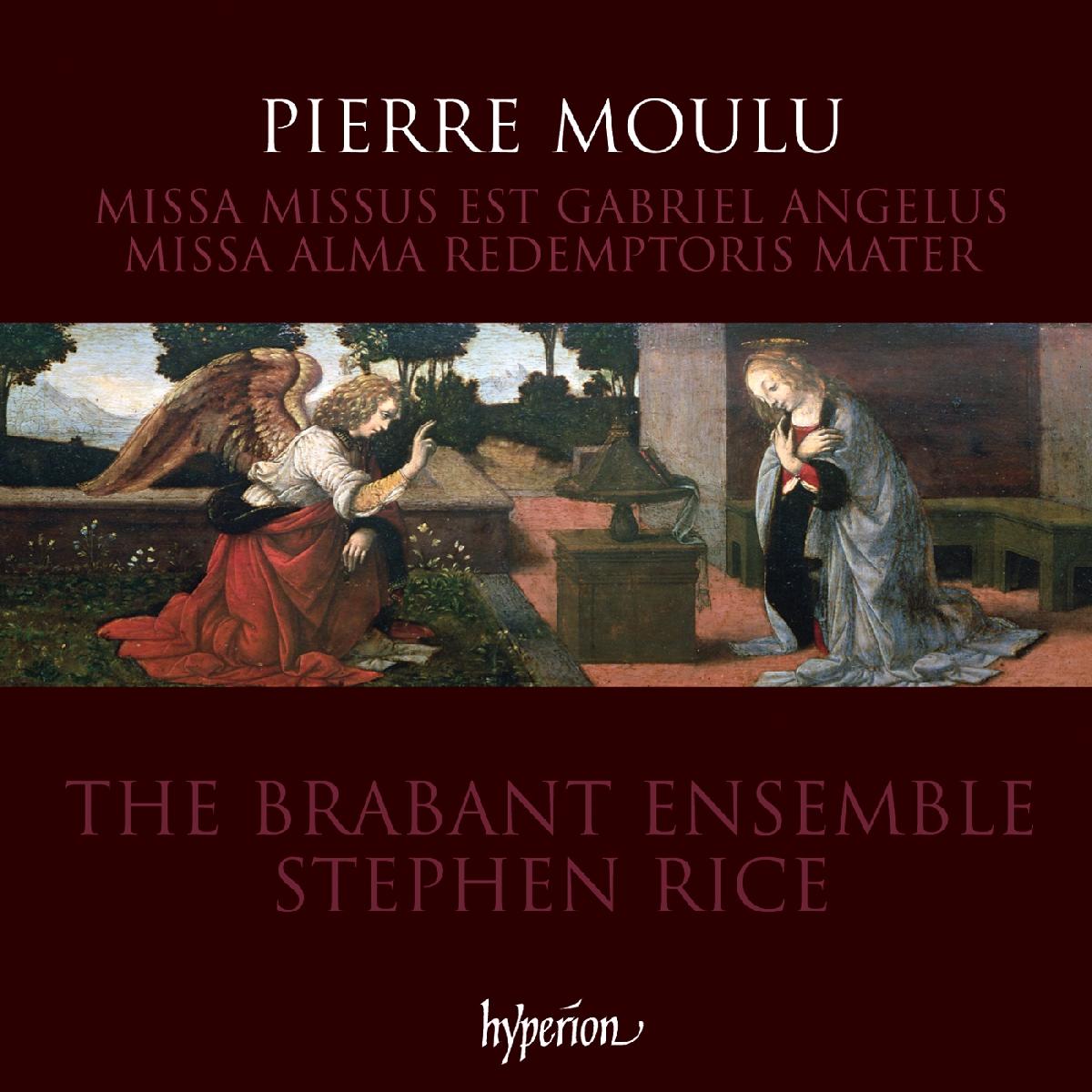 The Brabant Ensemble and Stephen Rice bring another forgotten Renaissance master to the ear of the listening public.

Little is known about the life of the composer Pierre Moulu—he joins the long lists of Renaissance musicians whose lives are all but entirely masked in shadow. Fortunately a number of his works found favour with his contemporaries to the extent that they appear in numerous early manuscripts and prints, and they have attracted the attention of music historians since the earliest days of the discipline in the late nineteenth century. Like much of the large repertory of sixteenth-century polyphony, however, his works have rarely been performed in modern times, and this is the first recording devoted to his music.

Moulu’s most celebrated work is the Missa Alma redemptoris mater, an extraordinary piece that can be sung with or without rests, as the polyphony is composed so as to fit together in two combinations. The short version is recorded here along with two movements from the alternative long version. Stephen Rice’s fascinating and scholarly programme notes fully explain the techniques involved.

Also included is the parody mass Missa Missus est Gabriel angelus, based on a motet by Josquin which is also recorded here. Two contrasting motets by Moulu complete this disc—an important survey of an almost entirely unknown composer, sensitively performed and recorded.

'The Brabant Ensemble happily bring their familiar virtues to bear in sensitive, transparent performances. Musical adventurers will want this recording to discover a superb composer they may not know … Moulu's idiom is pleasingly inventive and immediately engaging' (Gramophone)

'[In pace] An outstandingly beautiful setting for five voices, built around a canon. This is a real discovery, and I can imagine it inspiring many choir directors to include it in their repertoires. The Brabant Ensemble's vibrant sound is ideal for this music. Rice is careful never to allow the upper voices to dominate, with the result that the polyphonic workings of all these pieces are clearly audible, something rather rarer than one might think. This is a highly impressive release' (International Record Review)