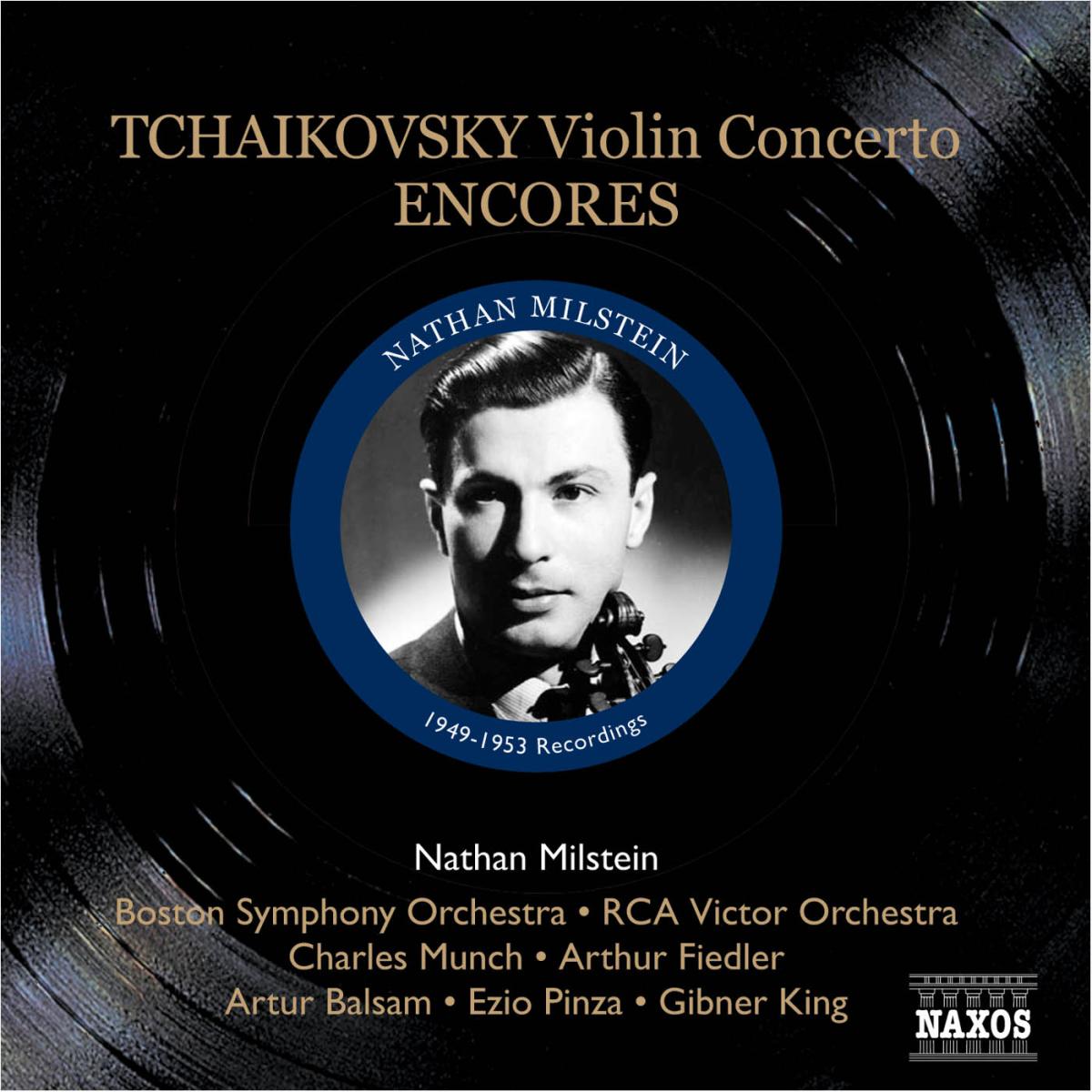 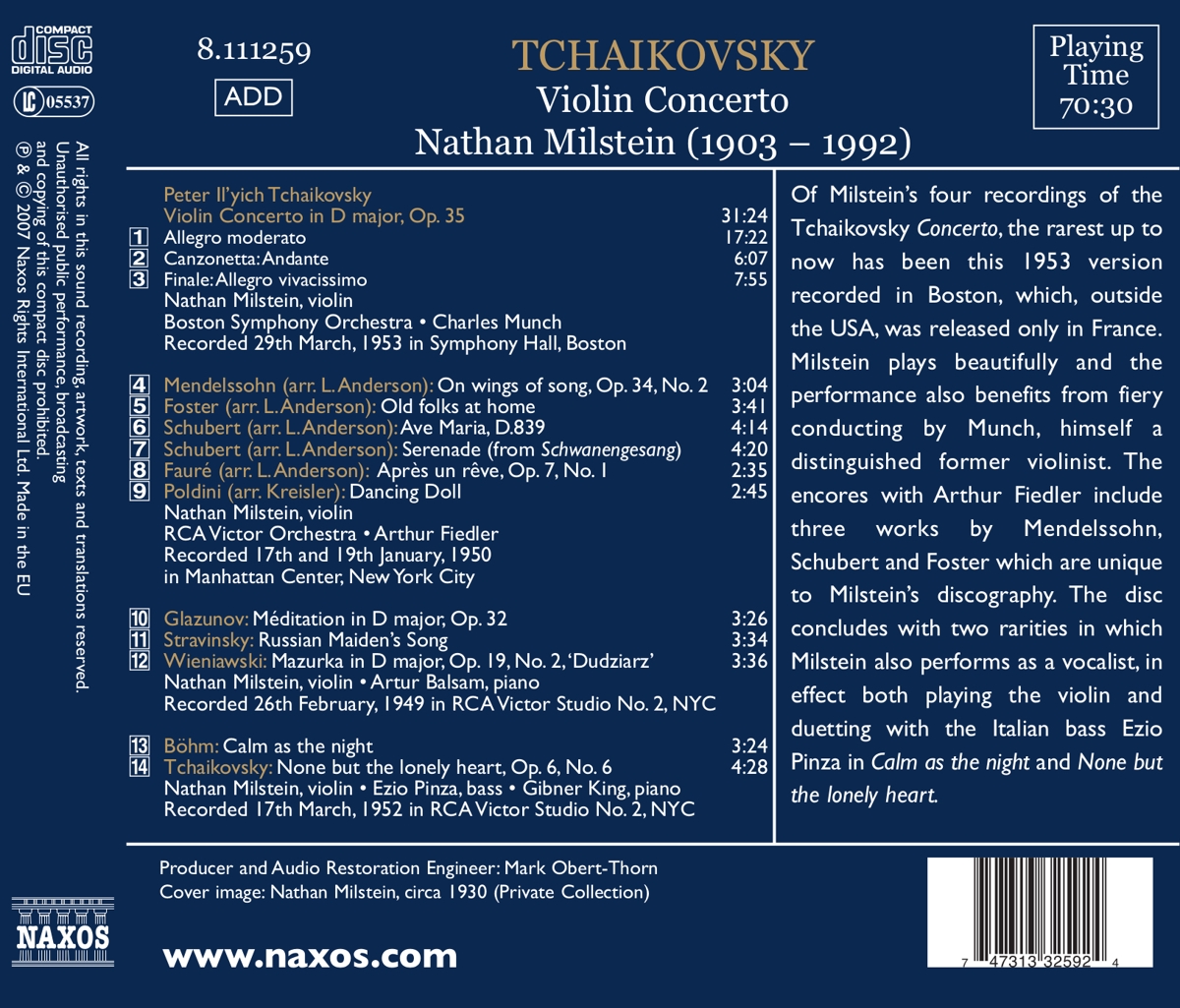 Bewertung:
umgehend lieferbar, Bestand beim Lieferanten vorhanden
EUR 12,99*
Versandkosten
Of Milstein's four recordings of the Tchaikovsky Concerto, the rarest up to now has been this 1953 version recorded in Boston, which, outside the USA, was released only in France. Milstein plays beautifully and the performance also benefits from fiery conducting by Munch, himself a distinguished former violinist. The encores with Arthur Fiedler include three works by Mendelssohn, Schubert and Foster which are unique to Milstein's discography. The disc concludes with two rarities in which Milstein also performs as a vocalist, in effect both playing the violin and duetting with the Italian bass Ezio Pinza in Calm as the night and None but the lonely heart.