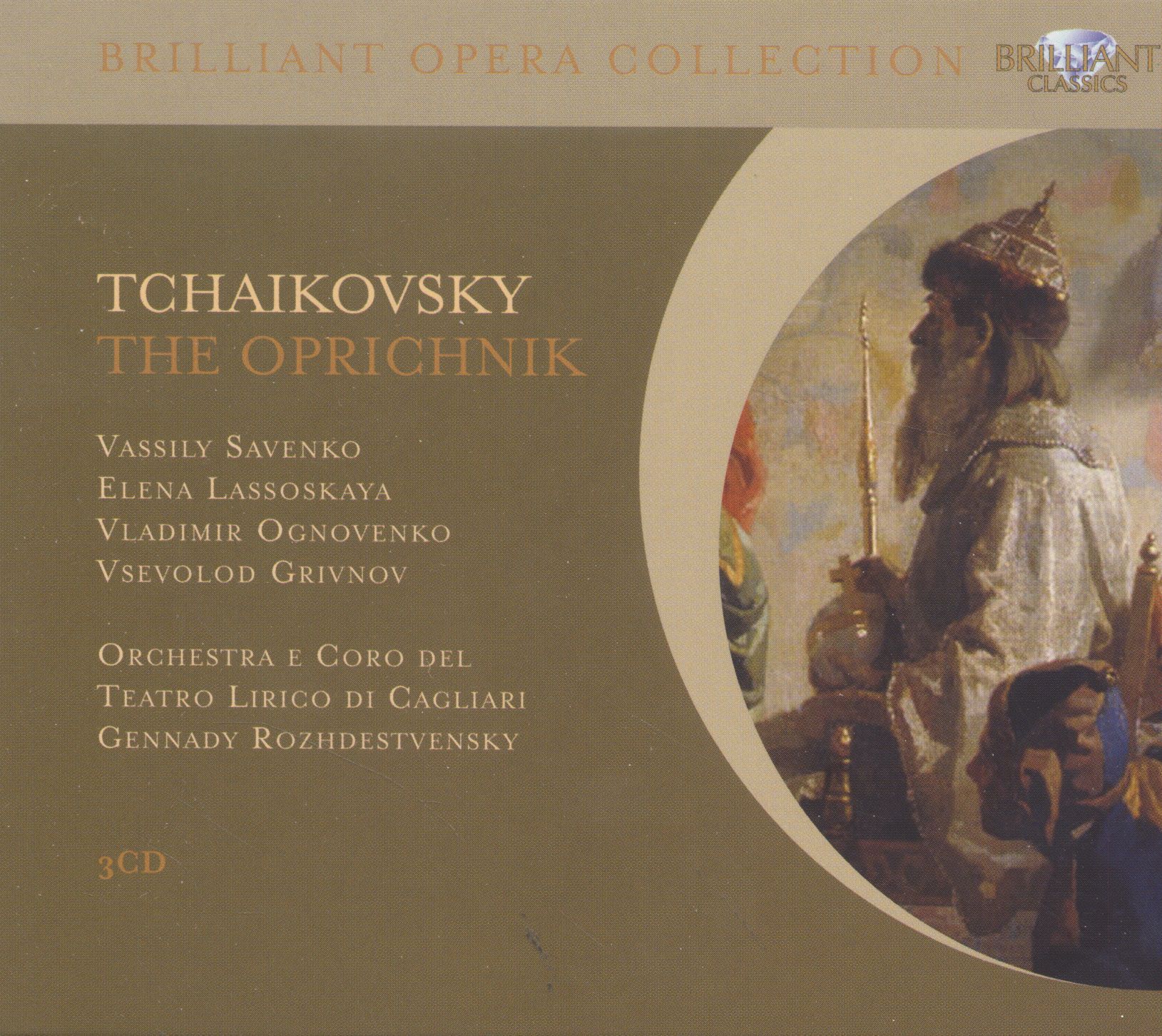 This live recording of one of Tchaikovsky's least-known operas derives from a live production of a staging by Graham Vick in Cagliari, Sicily. It features the always quirky musicianship of Gennady Roshdestvensky, whose musical appetite for the curio and the unfamiliar is apparently insatiable. He conducts a cast of real Russian singers, most of them stalwarts at the Bolshoi, with voices that come from the long tradition of Lisitsian, Chaliapin and Vishnevskaya, including the rich mezzo of Irina Dolzhenko and imposing bass of Vsevolod Grivnov. The opera itself tells the tale of Andrey, who joins the eponymous oprichnik (the tsar's mercenary retinue, set up to assert his power against the boyars) in order to pursue or defend a family feud. Crossed lovers and curses ensue; the end is inevitably tragic, with not only Andrey coming to a sticky end but also his widowed mother.

As his first surviving completed opera, first performed in 1876, The Oprichnik is full of tell-tale signs of the great dramatic composer which Tchaikovsky would become in Eugene Onegin and The Queen of Spades.

Tchaikovsky wrote the libretto for the opera himself, set in the 16th Century, the tumultuous period in Russian history of Ivan the Terrible. Extensive synopsis included in the booklet.