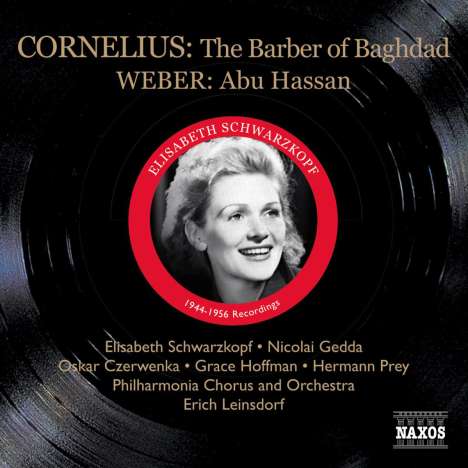 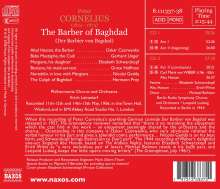 When this recording of Peter Cornelius's sparkling German comedy Der Barbier von Bagdad was released in 1957, The Gramophone reviewer remarked that "there is no mistaking the enjoyment which the cast find in the work - an enjoyment seemingly shared by the orchestra and the chorus... Outstanding in this company is Oskar Czerwenka, who very obviously relished the verbal humour in his part and gives a splendid comic performance... Nicolai Gedda is on his best form, and Schwarzkopf brings distinction to [her] part".The 1944 recording of Weber's delightful one-act Singspiel Abu Hassan, based on The Arabian Nights, features Elisabeth Schwarzkopf and Erich Witte as "a very melodious pair of lovers, Michael Bohnen revels in his buffo part, and Leopold Ludwig keeps the little opera moving briskly" (The Gramophone, July 1961)."