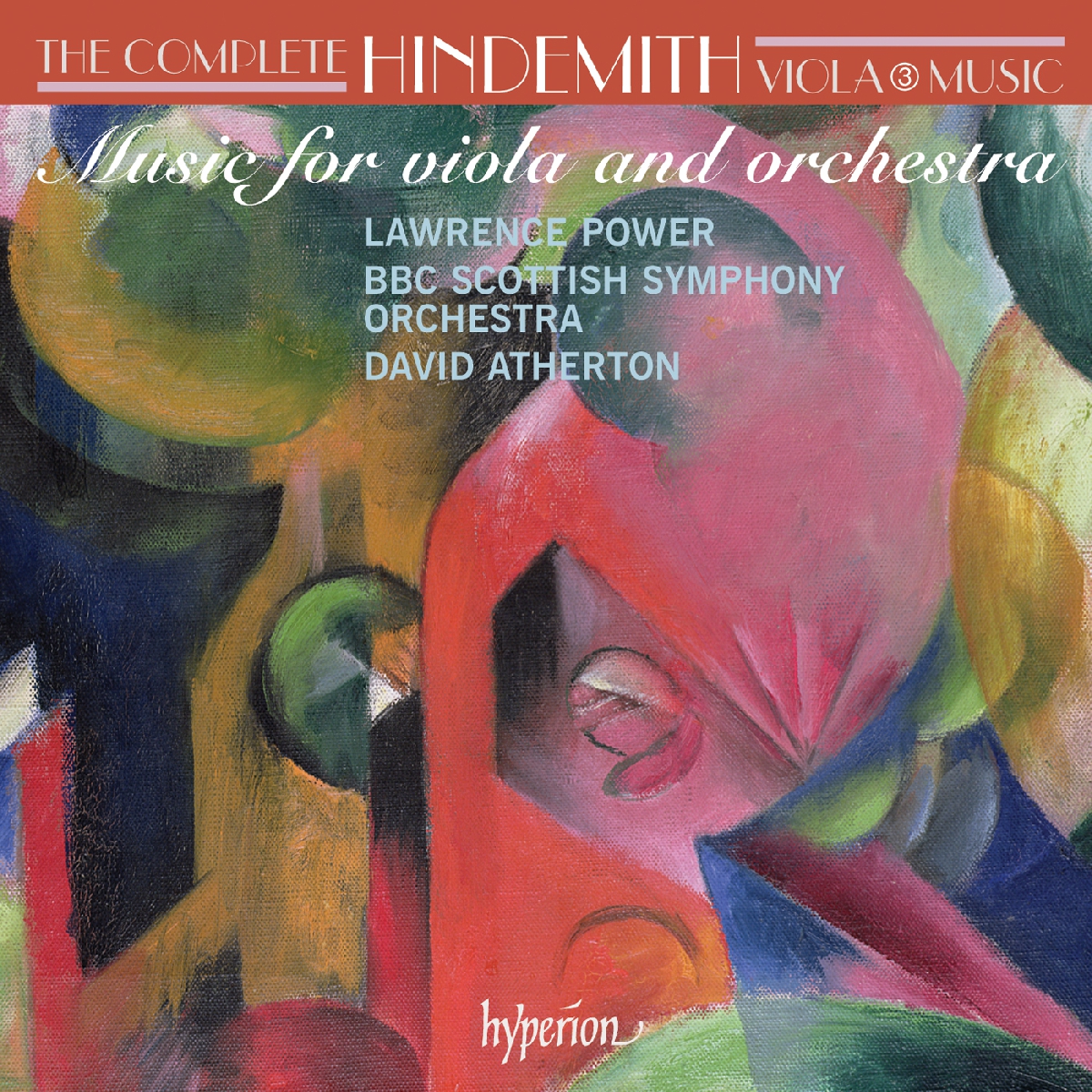 Lawrence Power’s revelationary series of Hindemith’s complete works for the viola continues into a third and final volume with the music for viola and orchestra. Hindemith was an internationally renowned viola player himself, and his legacy for the instrument is an inestimably important body of work. Throughout this series, Power’s searingly vivid and eloquent performances have left critics and the listening public in no doubt that the somewhat ‘difficult’ reputation of the composer is ill-deserved; that this is music full of striking melodic ideas, deep lyrical feeling and high drama.

The works recorded here include Hindemith’s only formally titled concerto for viola and full orchestra, ‘Der Schwanendreher’, based on old German folk-songs. Hindemith explained that in this concerto he saw the soloist as an itinerant fiddler who comes among convivial company and plays for them the repertoire he has learned on his travels, and like a good folk-fiddler, embellishes the melodies freely and sometimes fantastically. This whimsical idea succinctly describes the procedures of the three movements: and it is clear from the unaccompanied solo which begins the first of them that the folksongs are always given Hindemith’s personal colouring. Also included is one of Hindemith’s most celebrated works: ‘Trauermusik’, written at great speed for a BBC broadcast of his music when King George V had died the day before and funeral music had to replace the planned programme. It is a shining example of an ‘occasional composition’ that far transcends its occasion and makes a distinct contribution to the general repertoire. Closely allied in tone to the more reflective portions of the opera Mathis der Maler, it is a grave, shapely and eloquent lament, with a special quality of intimacy.

'Real musicality shines through … Lawrence Power lends poignancy to the slow movements and tremendous drive to the fast ones, and the BBC SSO under Atherton gives those machine rhythms real relish' (The Daily Telegraph)