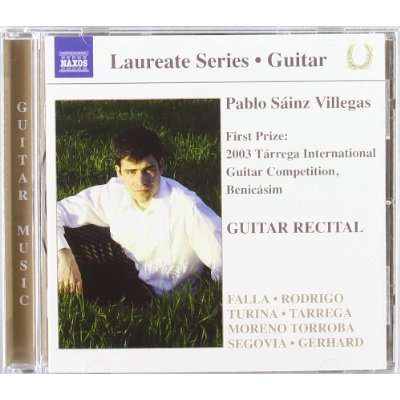 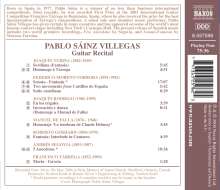 Born in Spain in 1977, Pablo Sáinz is a winner of no less than fourteen international competitions. Most recently, he was awarded First Prize at the 2003 International Guitar Competition Francisco Tárrega in Benicásim, Spain, where he also received the prize for the best interpretation of Tárrega's compositions. A noted solo and chamber music performer, Pablo Sáinz Villegas has given recitals in many countries and has appeared on some of the world's most famous concert stages including New York's Carnegie Hall. The present release of Spanish music includes two world première recordings, Five Anecdotes by Segovia, and Sonata-Fantasía by Moreno-Torroba.