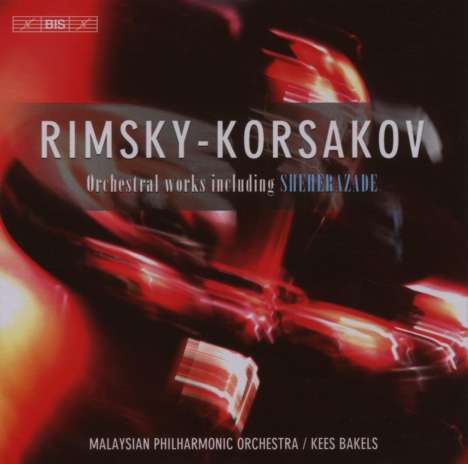 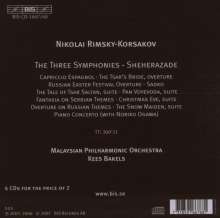 Nur noch 1 Stück am Lager. Danach versandfertig innerhalb einer Woche (soweit verfügbar beim Lieferanten)
EUR 32,99*
Versandkosten
Two recent collections of Russian orchestral music – the Symphonies of Glazunov (BIS-CD-1663 / 64) and of Rachmaninov (BIS-CD-1665 / 66) – are here followed by a boxed 4-disc set of orchestral works by Rimsky-Korsakov. The recordings were all made between 2000 and 2002 with the Malaysian Philharmonic Orchestra under their founding principal conductor Kees Bakels, and received much praise at the time of their original releases. The generous selection, at a very advantageous price, contains the composer's 'greatest hits' – the rendition of Sheherazade was called 'a particular joy' by International Record Review – as well as the less commonly-heard three symphonies, in performances which to the reviewer of web site Classics Today proved 'the Malaysian Philharmonic members fully immersed in the composer's unique sound world.' Another rarity is the Piano Concerto in C sharp minor, in which eminent pianist Noriko Ogawa makes an appearance.

The collection also includes a broad sample of the music for the theatre, a field in which Rimsky-Korsakov had some of his greatest successes. Indeed, the disc particularly dedicated to the theatre music caused particular joy to the reviewer on the web site klassik. com who claimed that the performers 'painted the imaginary musical canvas with a truly wonderful array of highly sophisticated colours'. Besides praising the orchestra and conductor, most reviewers found cause to commend the sound quality of the recordings, as here, on Classics Today: 'The brilliance and realism are simply breathtaking, with a full dynamic range, ideal depth and breadth of soundstage, firm bass, open highs, and a panoramic splendor unrivaled on disc.’