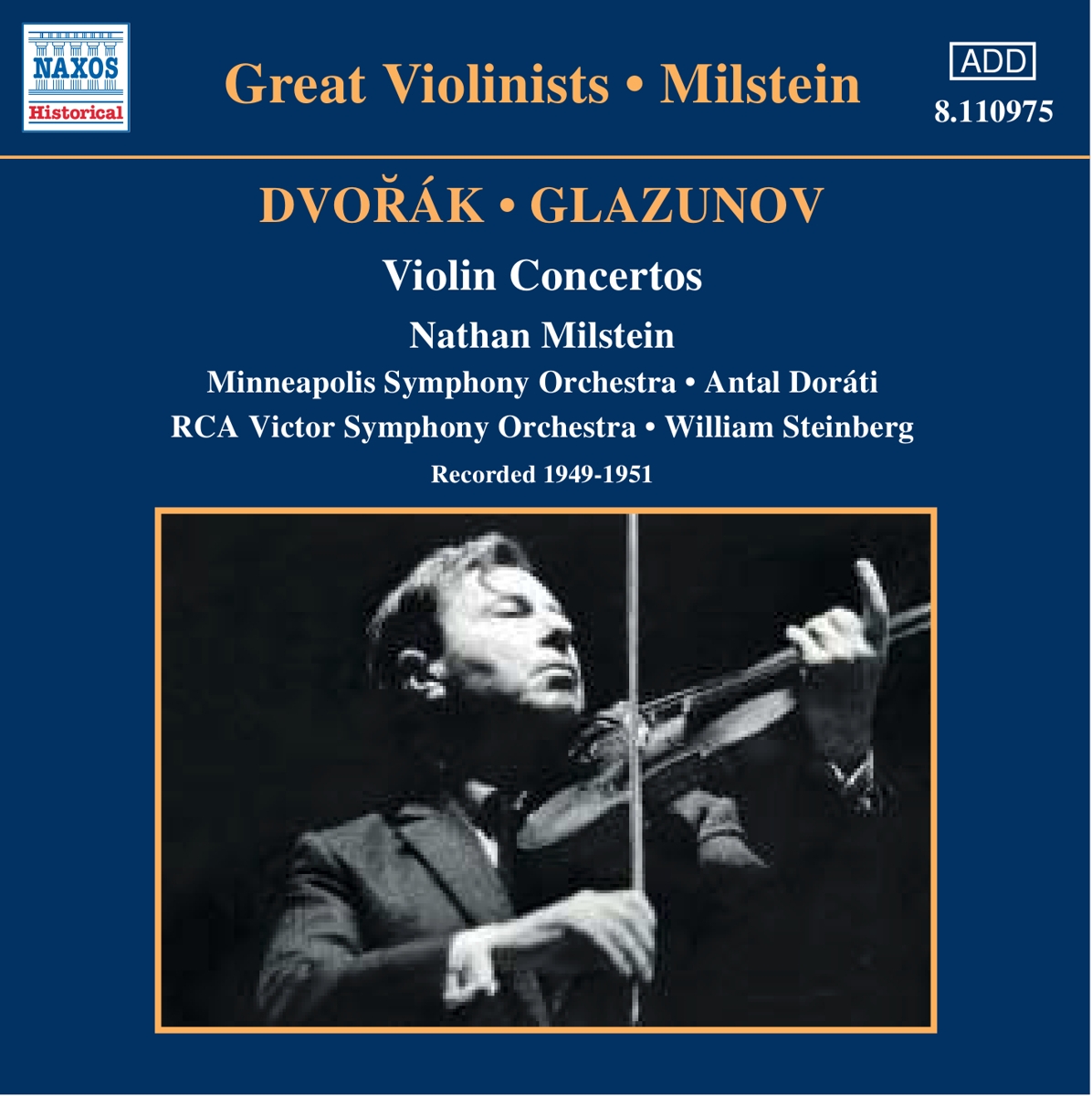 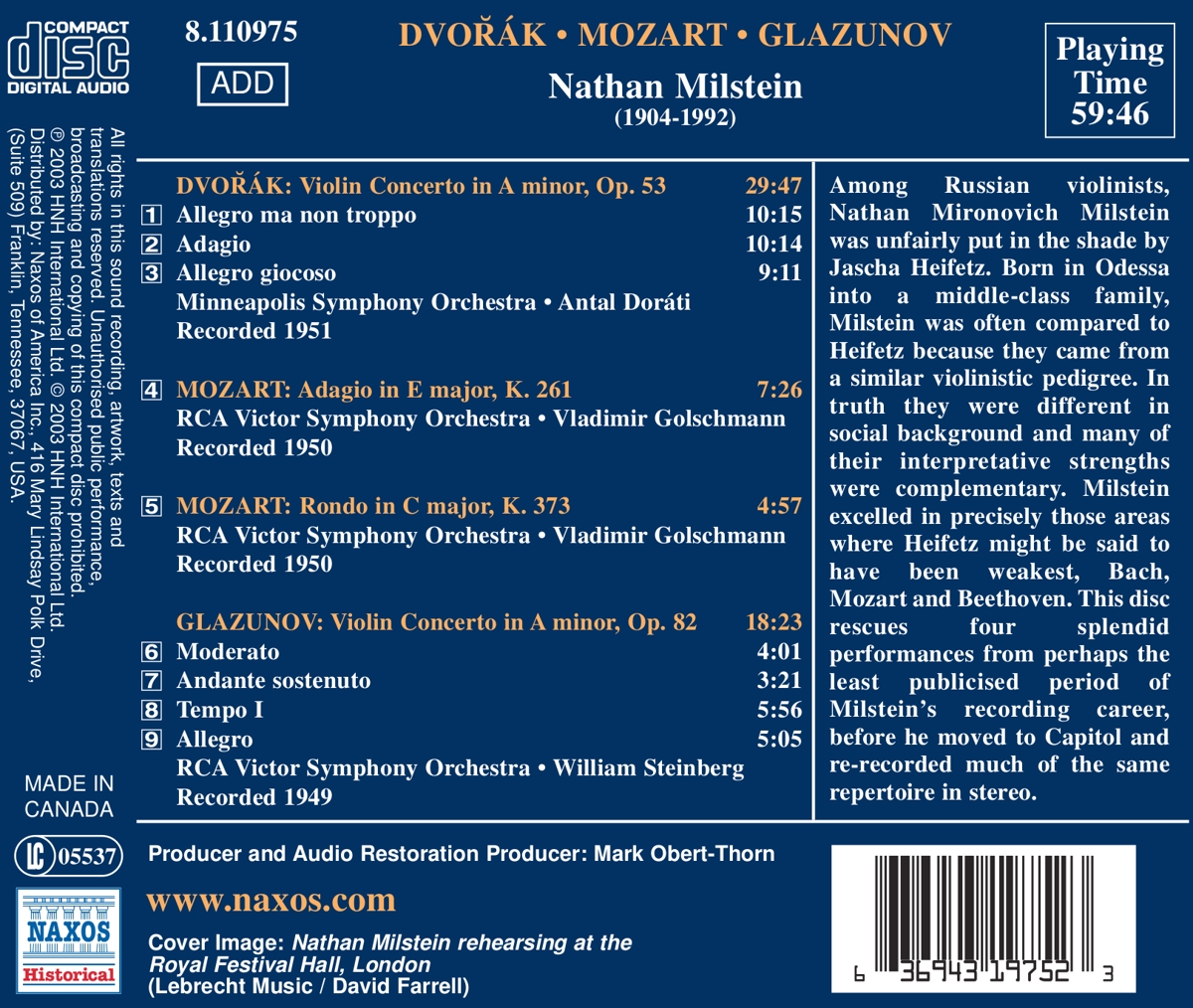 Bewertung:
Nur noch 1 Stück am Lager. Danach versandfertig innerhalb von 1-3 Tagen (soweit verfügbar beim Lieferanten)
EUR 7,99*
Versandkosten
Among Russian violinists, Nathan Mironovich Milstein was unfairly put in the shade by Jascha Heifetz. Born in Odessa into a middle-class family, Milstein was often compared to Heifetz because they came from a similar violinistic pedigree. In truth they were different in social background and many of their interpretative strengths were complementary. Milstein excelled in precisely those areas where Heifetz might be said to have been weakest, Bach, Mozart and Beethoven. This disc rescues four splendid performances from perhaps the least publicised period of Milstein's recording career, before he moved to Capitol and re-recorded much of the same repertoire in stereo.