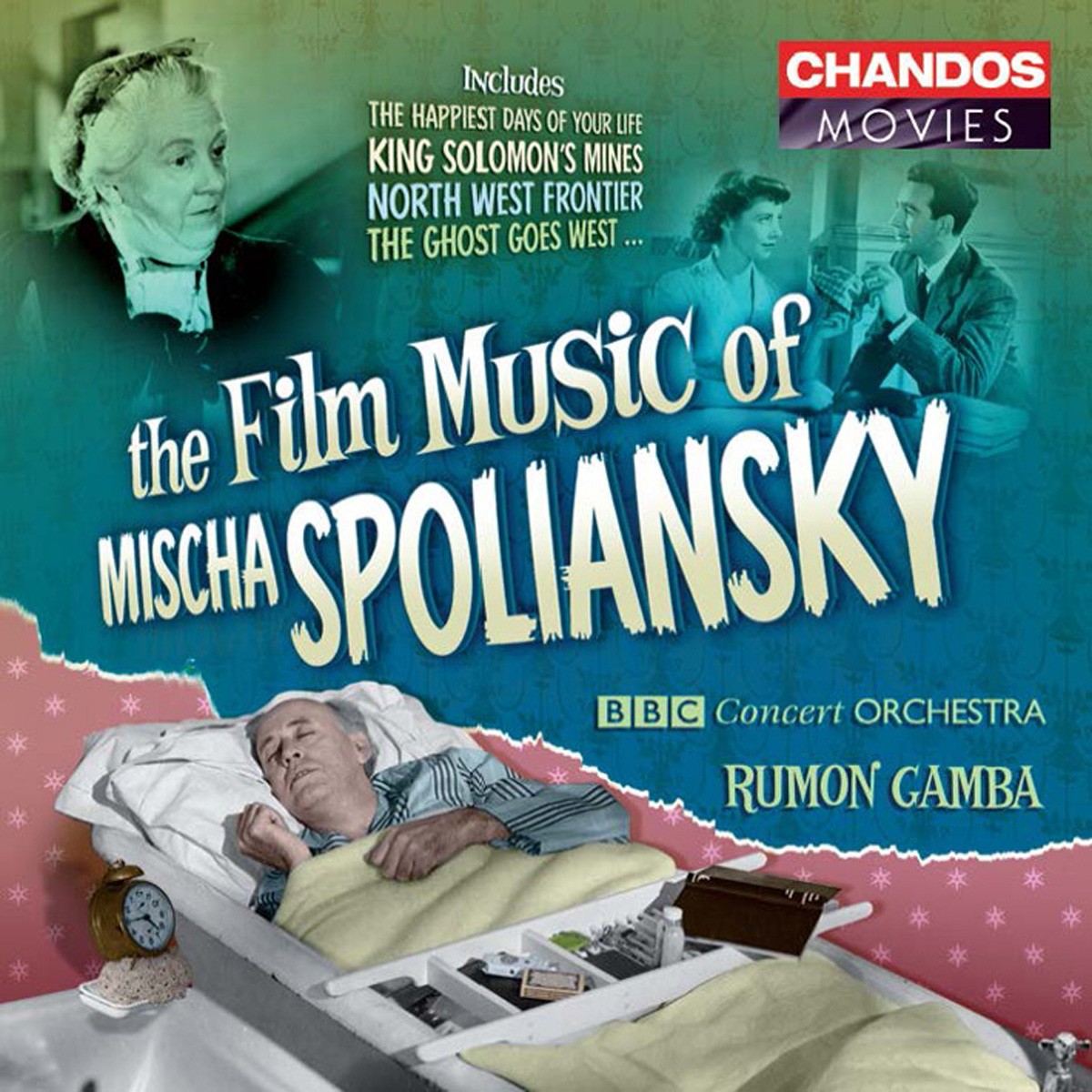 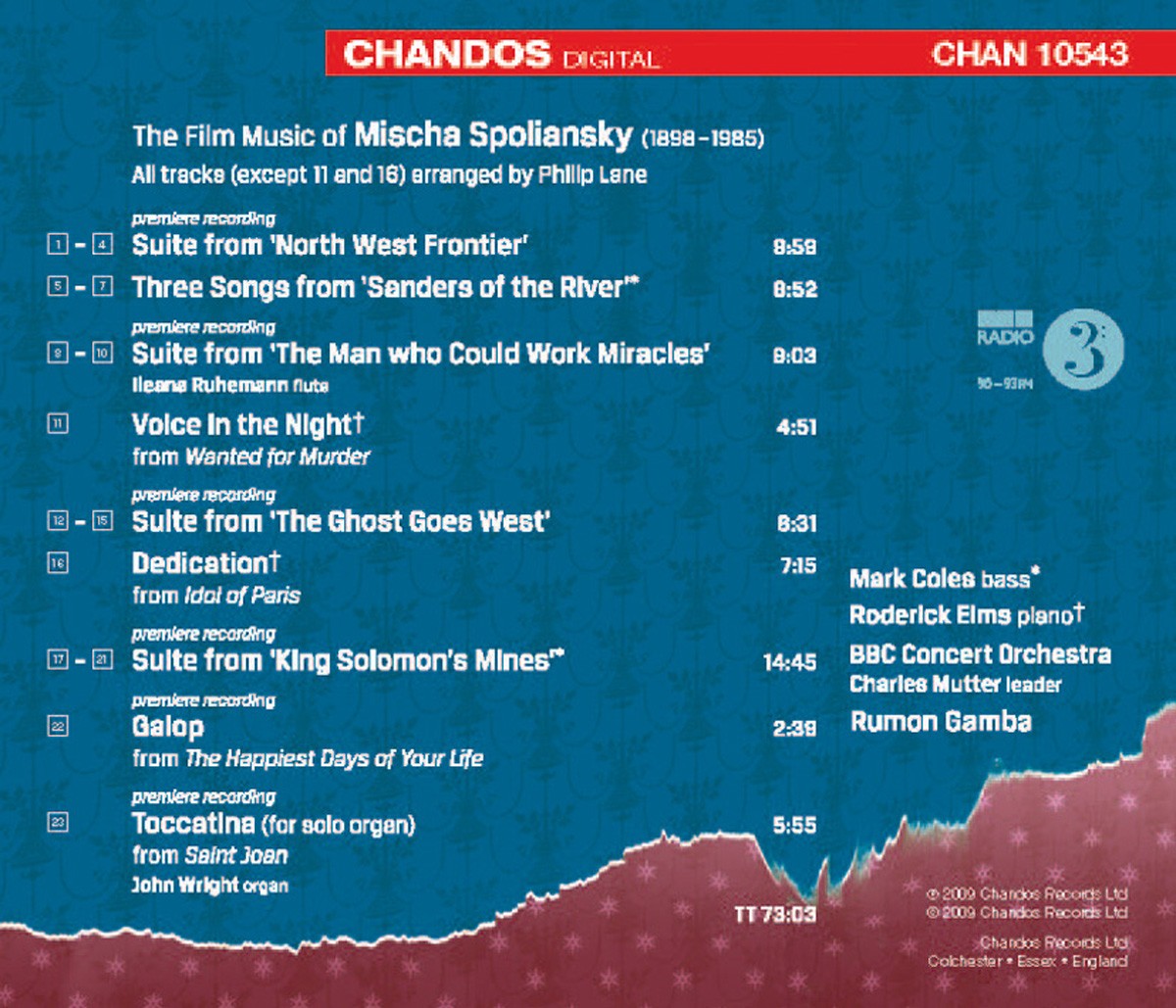 The Film Music of Mischa Spoliansky

Chandos Movies, with conductor Rumon Gamba has developed quite a reputation for re-discovering music from the halcyon days of British cinema. In this latest instalment, Chandos Movies welcomes the film music of Mischa Spoliansky.

BBC Concert Orchestra makes a welcome return with the premiere recordings of The Happiest Days of your Life Galop, The Man who could work miracles, The Ghost goes West, Suite: King Solomon’s Mines and Suite: North West Frontier and Five Robeson Songs.

Having fled Russia after the Revolution Mischa Spoliansky found himself in Weimar Berlin where he enjoyed a reputation in the booming theatrical and cabaret life. Here he worked with such luminaries as Max Reinhardt and Marlene Dietrich, and was seen as a more upbeat version of Kurt Weill. In 1933 Spoliansky left his adopted Germany after Hitler’s rise to power and emigrated to London where he began a second career as a film composer. He was commissioned by film-maker Alexander Korda of London Films to writer the scores for Sanders of the River (1935), which won the prize for Best Music at the Venice Film Festival, and The Ghost Goes West (1935). He went on to score over 50 movies in his 40 years as a composer in England.

‘I’m very happy to have finally recorded a disc of the film music of Mischa Spoliansky. An admirer of his ‘cabaret’ songs, it has been a pleasure to dig deeper into his scores for such well known films as North West Frontier, Sanders of the River and King Solomon’s Mines. Something a little unusual this time as well – a new suite for Bass voice and Orchestra; Five Robeson Songs – songs written for Paul Robeson, the star of two of the films featured on the disc.’ Rumon Gamba. Chandos is delighted to welcome Mark Coles in his debut part for Chandos singing the Robeson Songs.

“…Rumon Gamba and the BBC Concert Orchestra provide choice interpretations, full of their customary panache and flourish, and the Chandos sonics are up to our usual expectations. Another winner in this indispensable series.” Paul A Snook
Fanfare - January / February 2010

“…Ruman Gamba, his soloists, and the BBC players are at the top of their form; and Chandos engineers contribute their expected rich sonics.” Mark Koldys
American Record Guide - January / February 2010

“Accomplished film music from a versatile but sadly little-known composer….Like its predecessors in this series, this is a state-of-the-art recording of a thoroughly enjoyable selection of film music notable for its diversity and arrangements. It’s a must for all collectors on those counts and in bringing to light such an engaging talent.” Adrian Edwards
Gramophone - December 2009