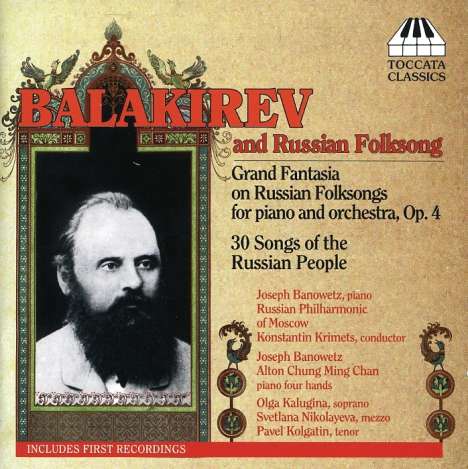 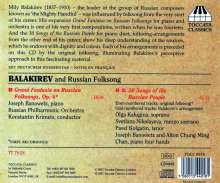 umgehend lieferbar, Bestand beim Lieferanten vorhanden
EUR 15,99*
Versandkosten
Mily Balakirev (1837–1910) – the leader of the group of Russian composers known as 'the Mighty Handful’ – was influenced by folksong from the very start of his career. His expansive Grand Fantasia on Russian Folksongs for piano and orchestra is one of his very first compositions, written when he was seventeen. And the 30 Folksongs of the Russian People for piano duet, folksong-arrangements from the other end of his career, show his deep understanding of the sources, which he endows with dignity and colour. Each of his arrangements is preceded on this CD by the original folksong, illuminating Balakirev’s perceptive approach to this fascinating material.

The results are gripping.​ The folksongs were recorded in Moscow by three singers who have them in their blood; Balakirev’s arrangements were recorded by the piano duet partners in America.​ In every case Balakirev’s treatment enhances rather than “translates” the songs, and not the least of the interest is to listen to the original again after hearing Balakirev.​ Of course it would have been good to have all the words printed in the booklet, but the detailed individual commentaries (in three languages) by Igor Prokhorov and Nicholas Walker provide a more than adequate guide to these haunting songs and their astonishing originality.​” (Gramophone)