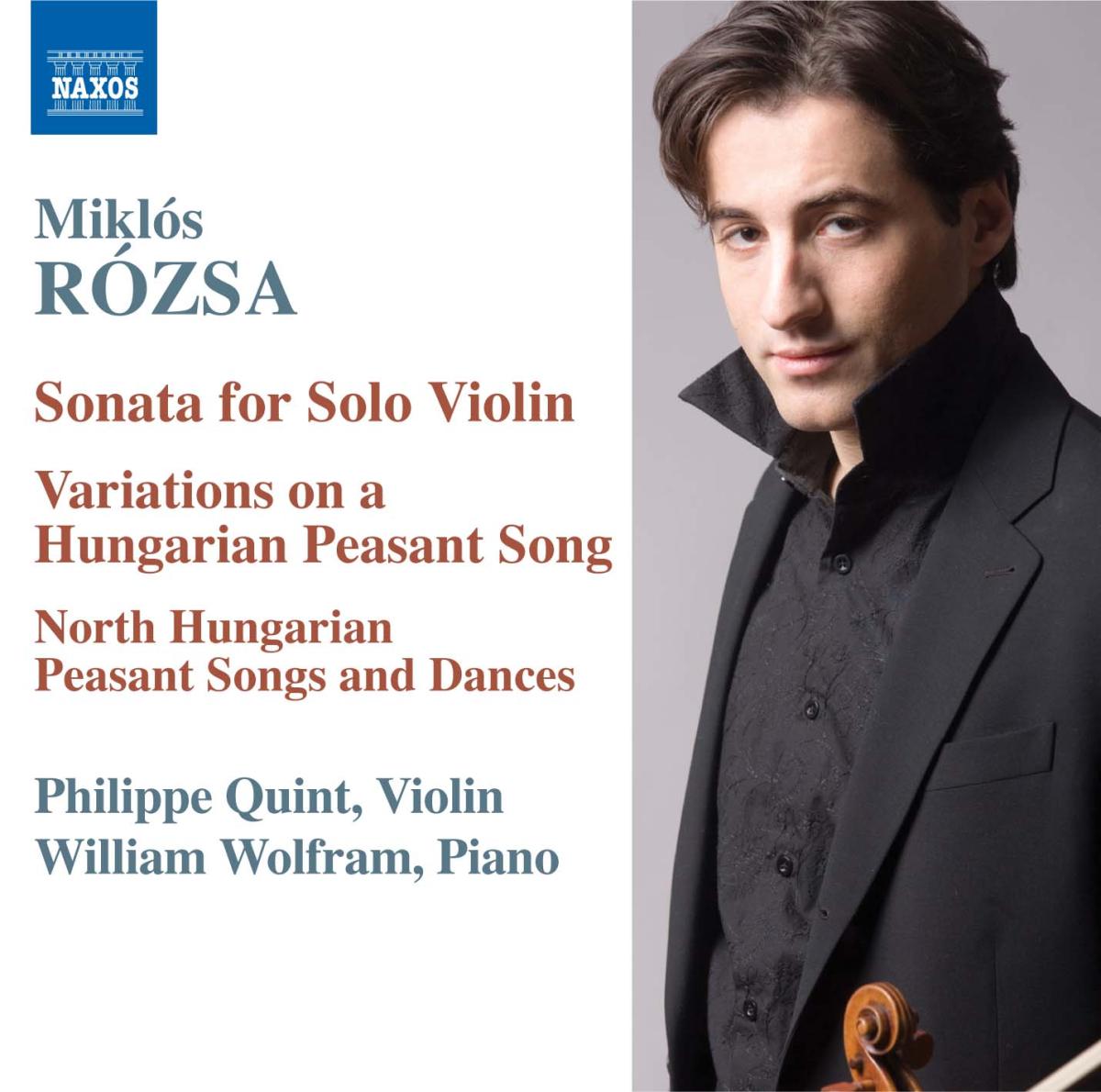 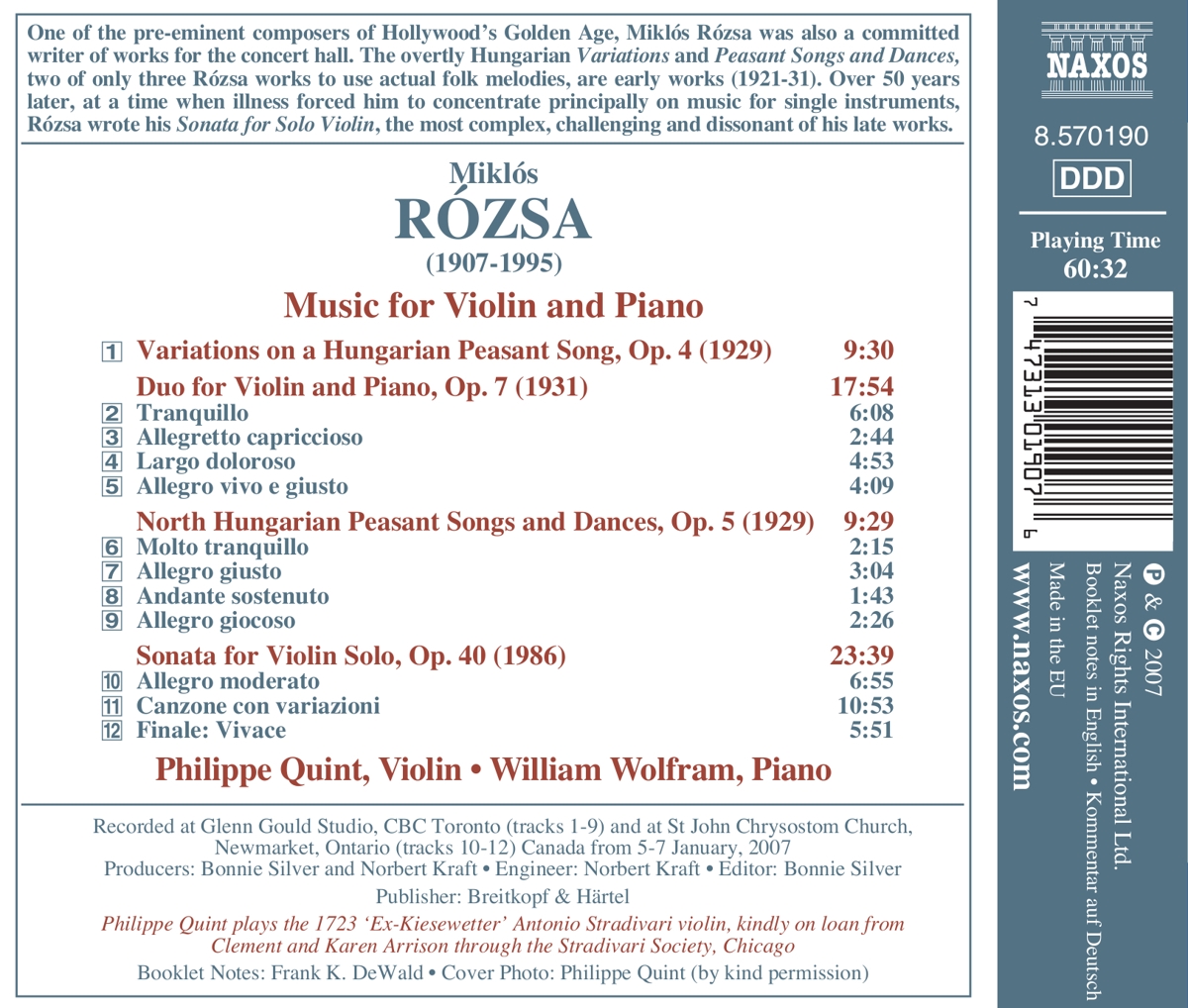 Bewertung:
umgehend lieferbar, Bestand beim Lieferanten vorhanden
EUR 9,99*
Versandkosten
One of the pre-eminent composers of Hollywood's Golden Age, Miklós Rózsa was also a committed writer of works for the concert hall. The overtly Hungarian Variations and Peasant Songs and Dances, two of only three Rózsa works to use actual folk melodies, are early works (1921-31). Over 50 years later, at a time when illness forced him to concentrate principally on music for single instruments, Rózsa wrote his Sonata for Solo Violin, the most complex, challenging and dissonant of his late works.