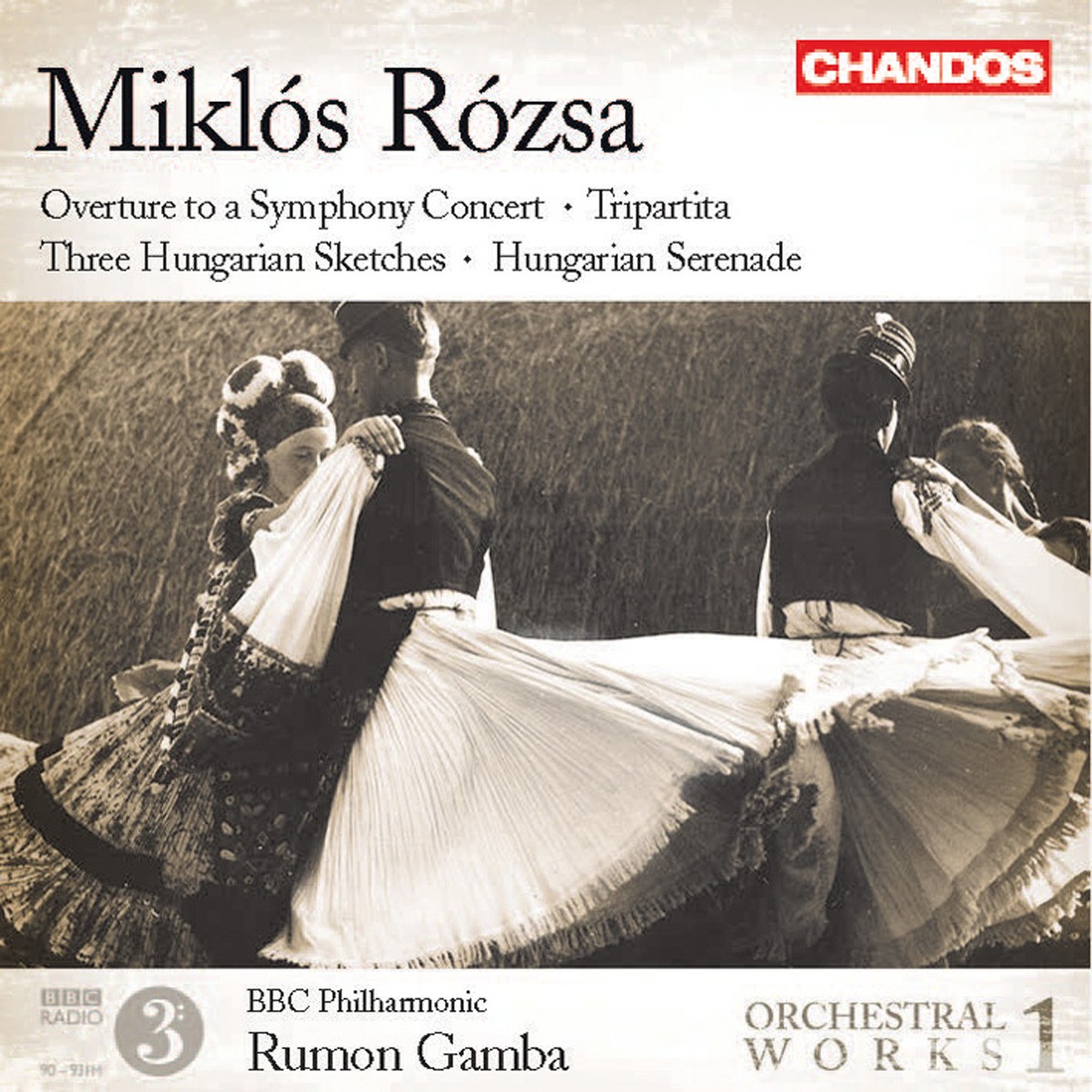 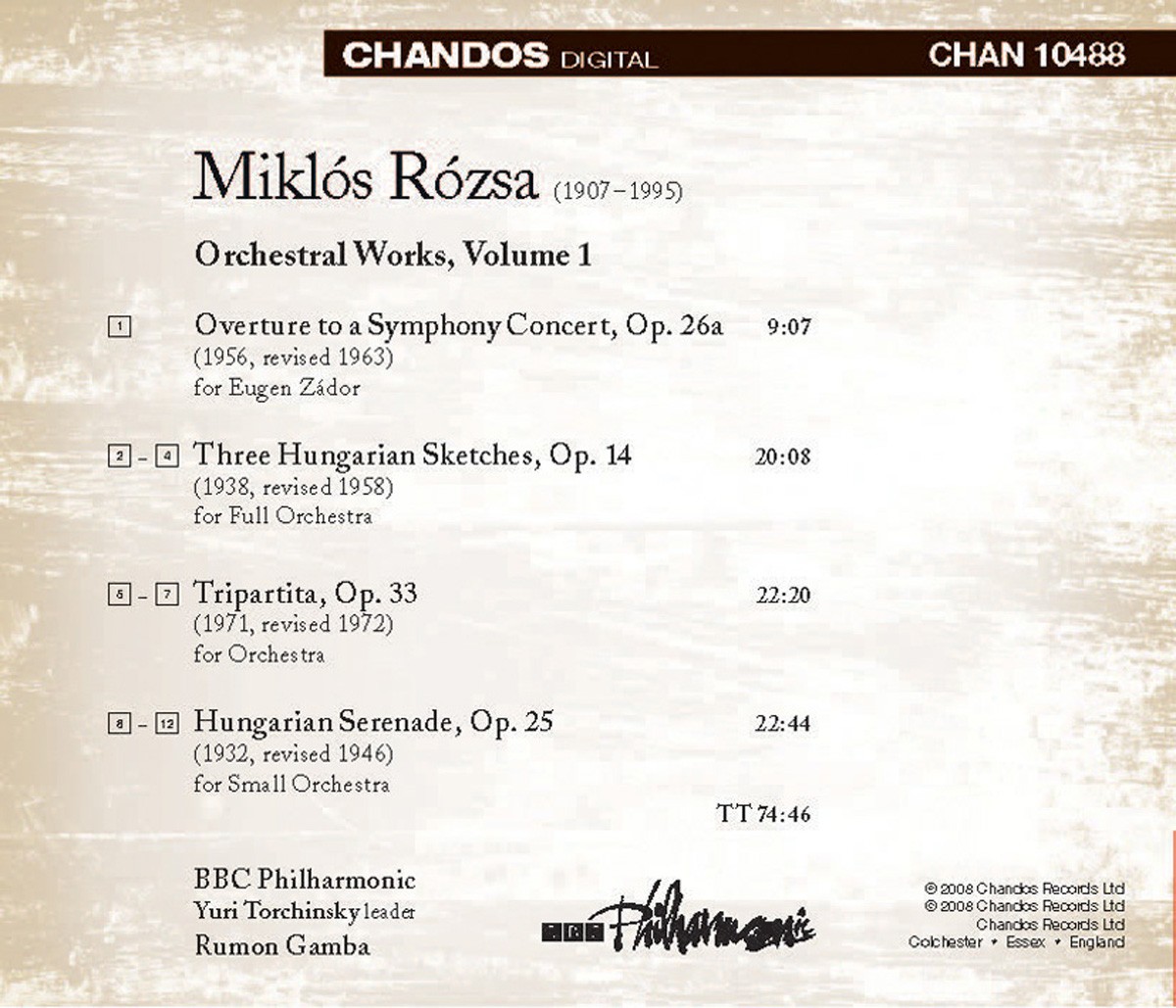 Bewertung:
versandfertig innerhalb von 1-3 Tagen
(soweit verfügbar beim Lieferanten)
EUR 19,99*
Versandkosten
Despite his many Hollywood film commitments, the composer always made time to write the music that was most important to him, that for the concert hall. Once settled in Hollywood, Rózsa was able to negotiate a beneficial contract which allowed him to spend the summer months writing his serious music at his Italian retreat, and the winter months in Hollywood composing music for films. The four works recorded on this first volume offer a strong impression of his concert style, one which the leading conductors of the day held in high regard. The ebullient Three Hungarian Sketches was the official Hungarian entry at the International Music Festival in Baden-Baden in 1938.

The large late Tripartita, composed in 1971, has an earthy quality but exudes an evocative nocturnal mood. It is complemented by two works in a lighter vein, the Overture to a Symphony Concert and the Hungarian Serenade.

Rózsa developed a unique musical voice highly influenced by his Hungarian roots, and his works often dazzle with virtuosity. The BBC Philharmonic pull out all the stops to play these works with the precision and passion they require. This is the launch of a very special project for Chandos.

Excellent performances and superlative sound make this a most enjoyable overture to what should prove to be a most worthwhile enterprise. Gramophone

This is an excellent introduction to Rozsa’s music, and the recording and performance are of the usual high standards Liverpool Daily Post

The BBC Philharmonic turns in splendidly opulent playing on the Chandos disc – their Hungarian Serenade is more refined than the Budapest players’. BBC Music Magazine

Excellent performances and superlative sound make this a most enjoyable overture to what should prove to be a most worthwhile enterprise. Gramophone

Conductor Rumon Gamba has an ear for brightly coloured, luxuriant music and he presents it honestly, without hyperbole or ego. International Record Review