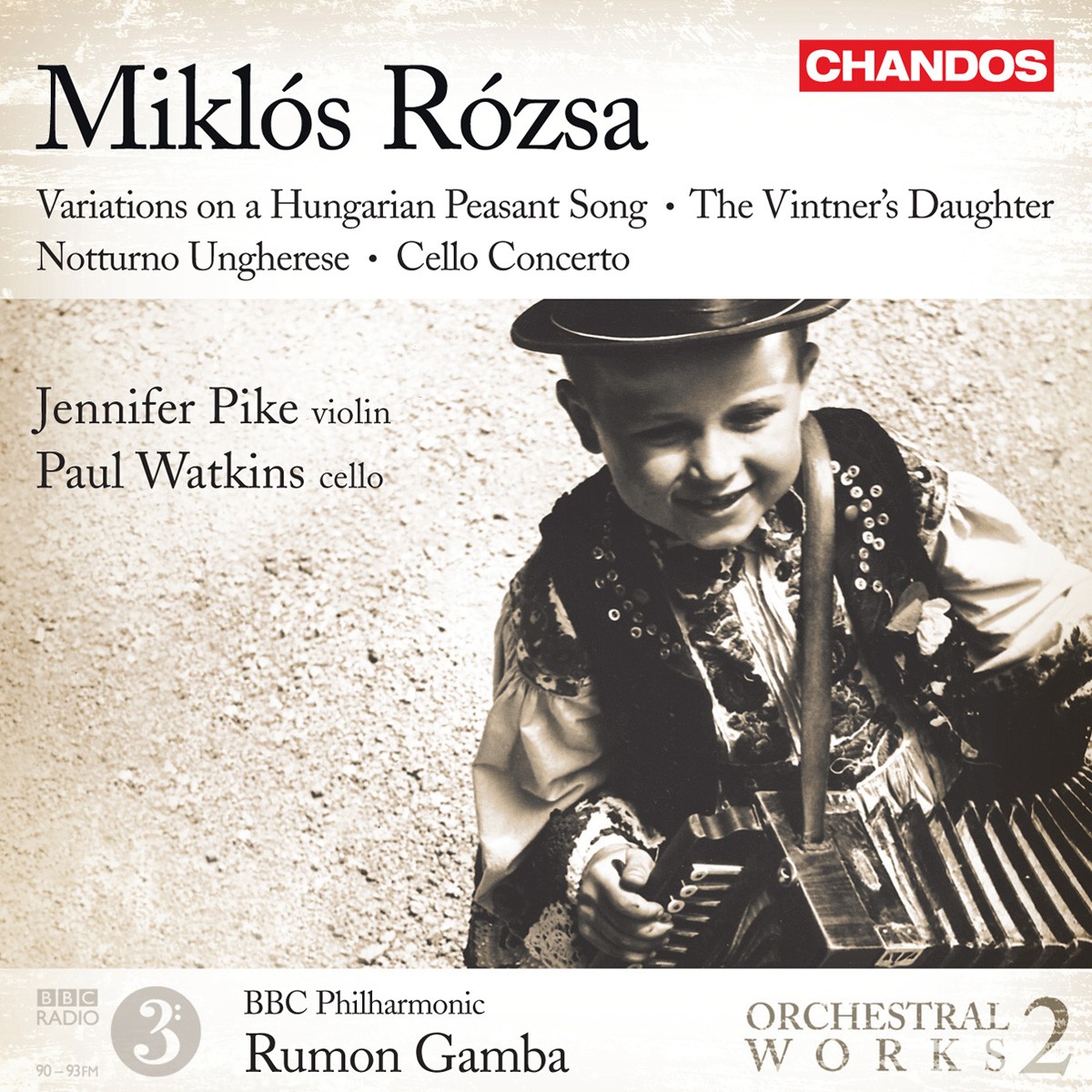 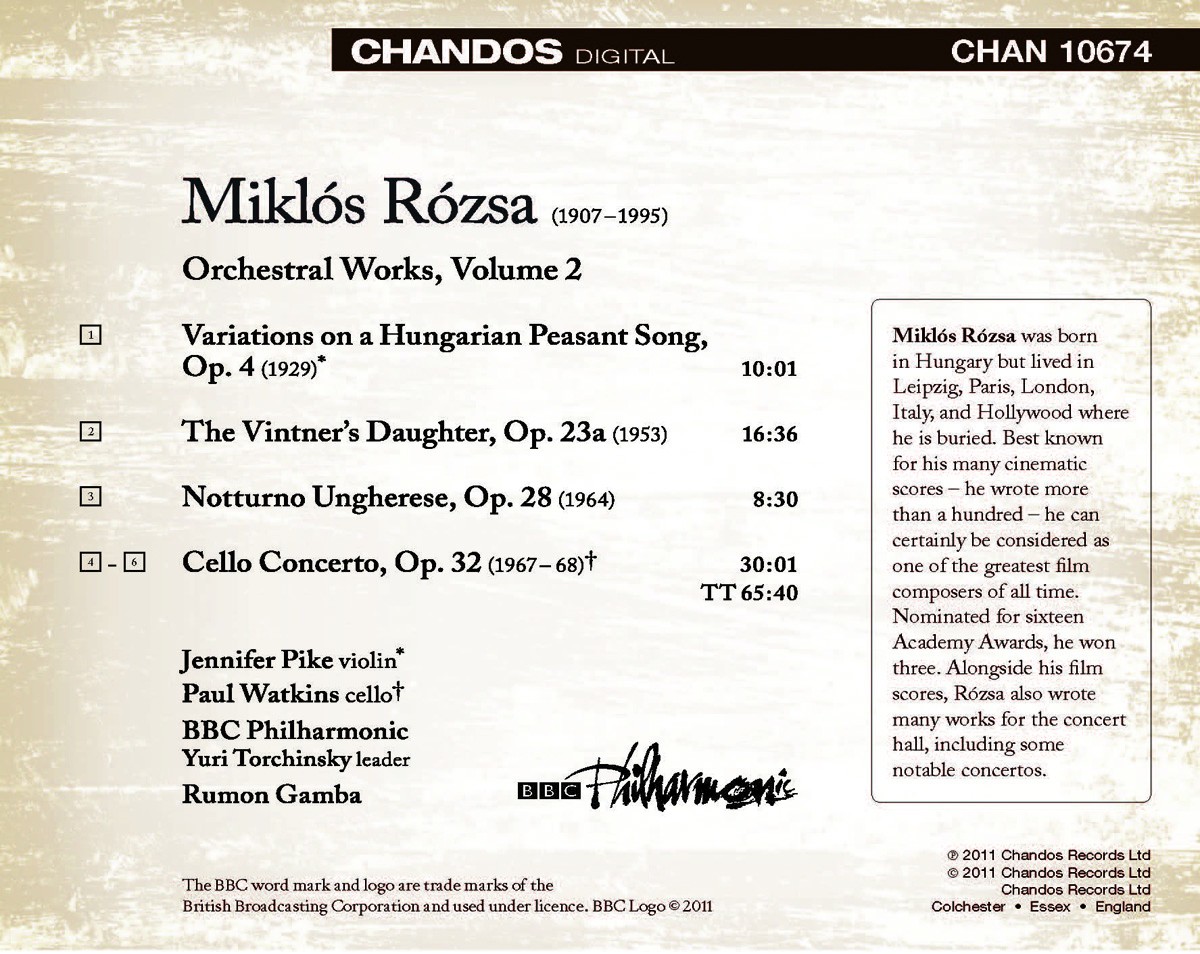 This is Volume 2 in the series of orchestral music by Miklós Rózsa. No fewer than four exclusive Chandos artists perform on this release: The BBC Philharmonic Orchestra, the conductor Rumon Gamba, and soloists Paul Watkins on cello and Jennifer Pike on violin.

Miklós Rózsa was best known for his film music, for which he was Oscar-nominated on thirteen separate occasions, winning three times with A Double Life, Ben Hur, and Hitchcock’s Spellbound. Alongside his film music, Rózsa also wrote music for the concert hall, including some notable concertos.
The Cello Concerto, Op. 32 is a dark, savage, and often quite brutal work. It consists of three movements; a strong driving first movement, an introspective second movement, and an energetic finale which brings the work to a brilliant conclusion. The soloist is Paul Watkins. As one of Britain’s foremost cellists, he performs regularly with the major British orchestras and has made six appearances as concerto soloist at the BBC Proms.

The new, exclusive Chandos artist Jennifer Pike (BBC Young Musician of the Year in 2002) is the featured soloist in Rózsa’s colourfully orchestrated Variations on a Hungarian Peasant Song, Op. 4. Here the theme is taken from a collection of Hungarian folk tunes. It is presented very simply by solo violin, and followed by a series of fourteen variations. These are performed without a break and require some very expressive and virtuoso playing from the soloist. The album represents Jennifer Pike’s first orchestral release on Chandos. Her first recording for us was an album of French violin sonatas (CHAN 10667) -released in April 2011.

“...Paul Watkins on the present disc is ... a very impressive contender and no fan of the composer should hang back from acquiring his account.” Calum MacDonald – International Record Review – July / August 2011