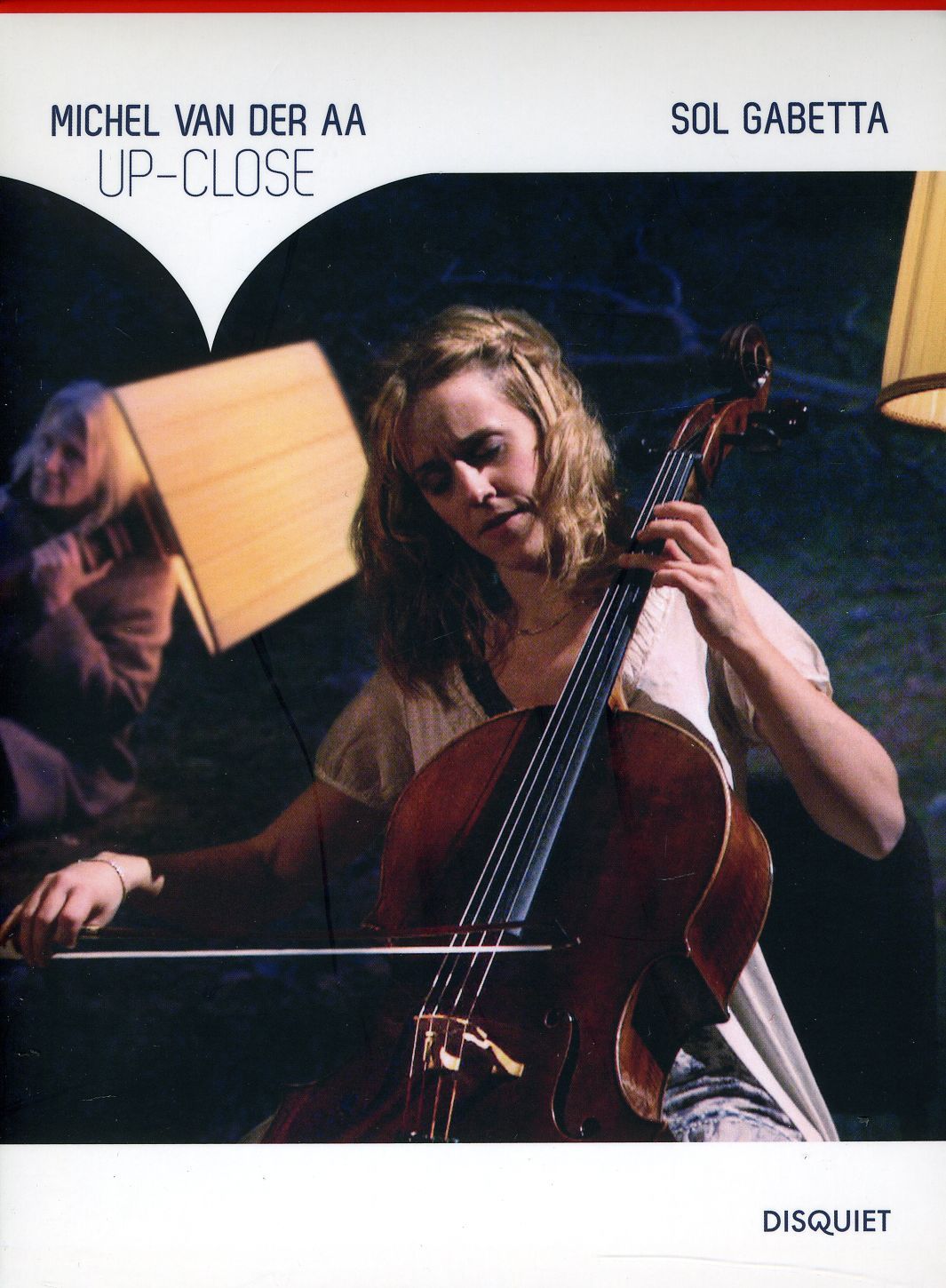 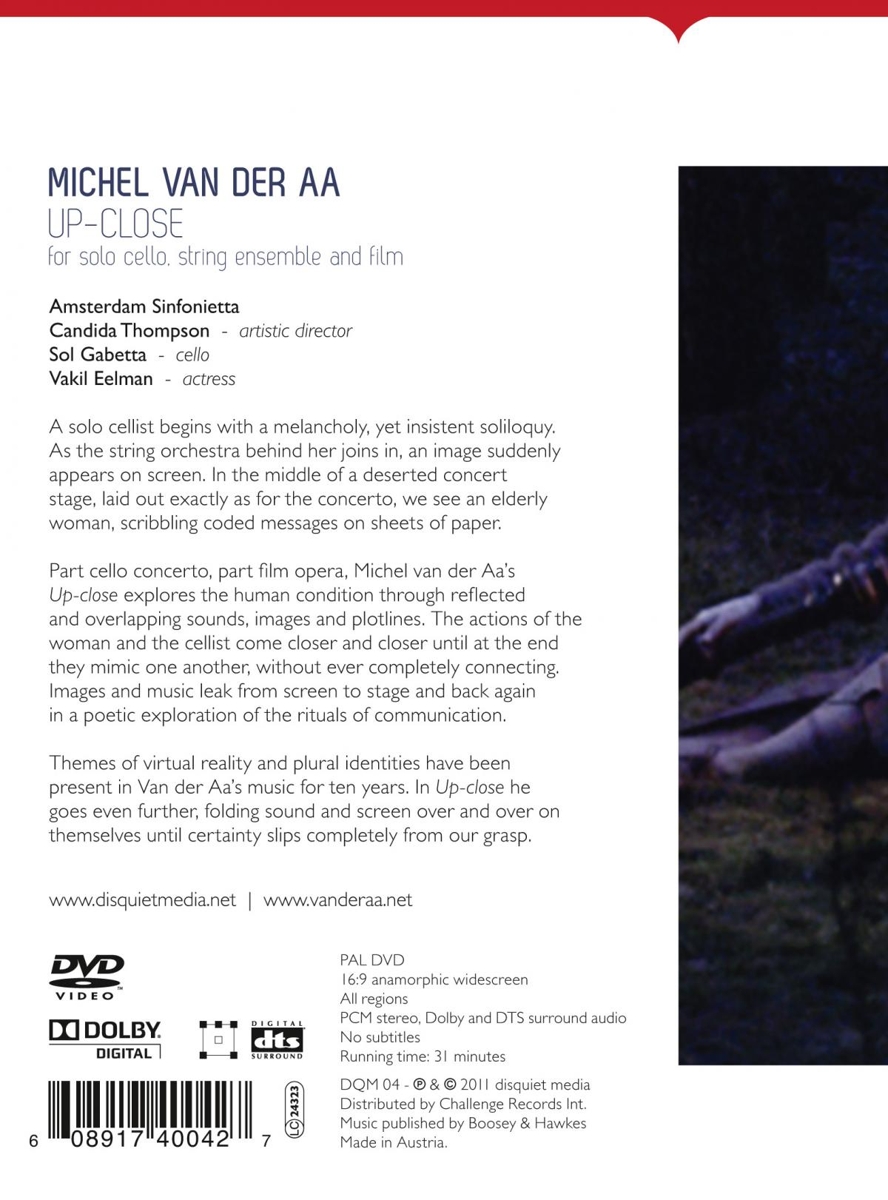 A solo cellist begins with a melancholy, yet insistent soliloquy. As the string orchestra behind her joins in, an image suddenly appears on screen. In the middle of a deserted concert stage, laid out exactly as for the concerto, we see an elderly woman, scribbling coded messages on sheets of paper.

Part cello concerto, part film opera, Michel van der Aa’s Up-close explores the human condition through reflected and overlapping sounds, images and plotlines. The actions of the woman and the cellist come closer and closer until at the end they mimic one another, without ever completely connecting. Images and music leak from screen to stage and back again in a poetic exploration of the rituals of communication.

Themes of virtual reality and plural identities have been present in Van der Aa’s music for ten years. In Up-close he goes even further, folding sound and screen over and over on themselves until certainty slips completely from our grasp.