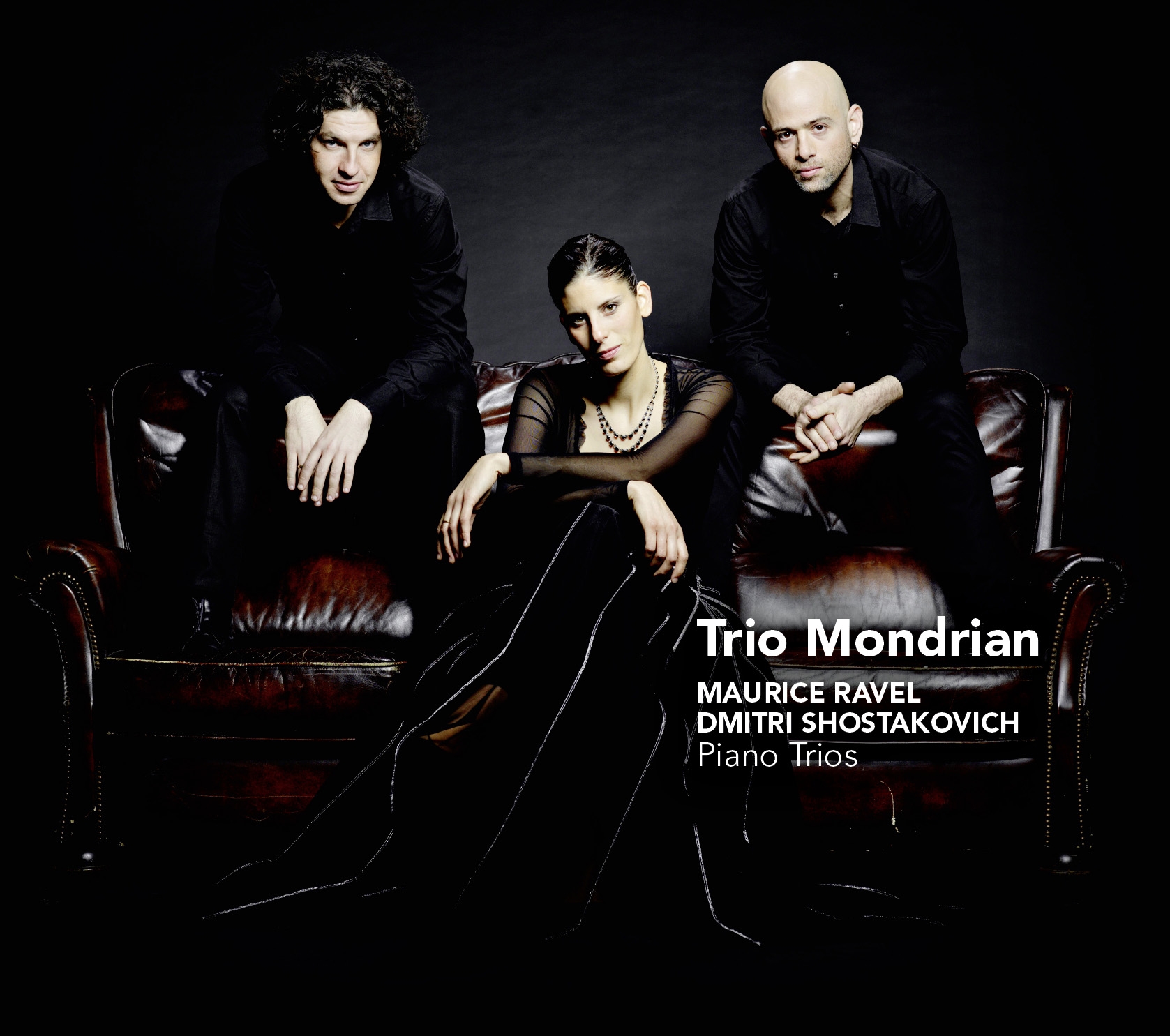 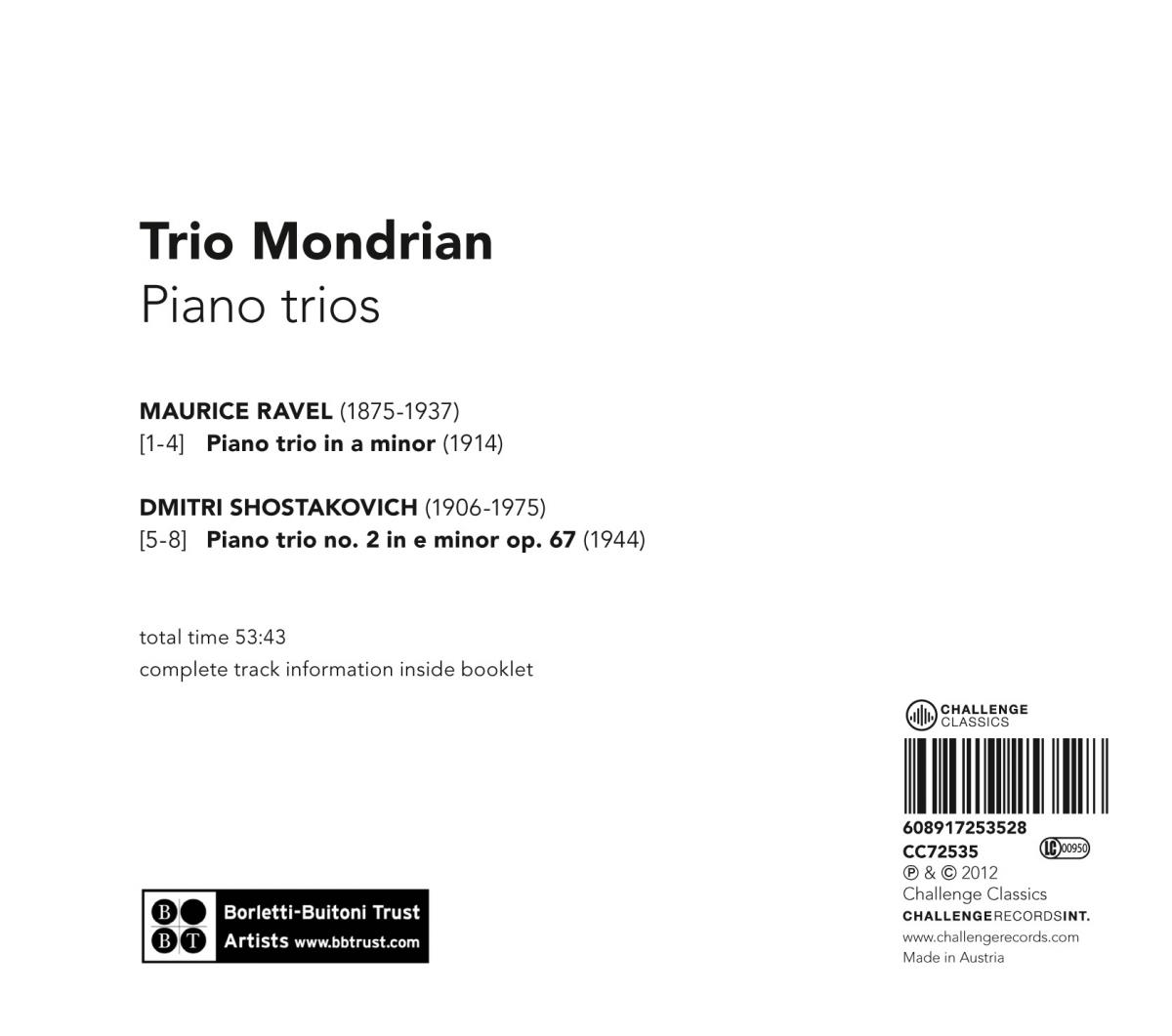 This trio is one of the outstanding young musicians / ensembles who are helped by the Borletti-Buitoni Trust (BBT) to develop and sustain an international career and the developementof Trio Mondrian is going very fast now. Especially with this new cd in hand where the trio displays an intense and rich expression and deep musicality. The trio wrote on the blog of the Borletti-Buitoni Trust: "Our key to sustaining that joy, which is later transcended to our audience, is the connection that we have between us not only as musicians but also as people, as friends. When we are on tour our Trio becomes a family." The connection between them, the unity as a trio is very strong and this cd is a perfect result of this!

Shostakovich's tumultuous life may serve as an explanation for his affinity with the Jewish People who had suffered both at home under the terror of the Soviet regime, and in the rest of Europe under the Nazis. It was the composer’s aim to translate his personal feelings into a universal human language. This comes across in the 1948 song cycle "From Jewish Poetry", the Symphony No. 13 ("Babi Yar") from 1962, and the second Piano Trio from 1944. Shostakovich wrote the following in his memoirs: "Jewish folk music seems jolly even when it is at its most tragic… 'smiling through tears' is as close as it gets to my ideals of (semantically speaking) music as a multi-layered art form". This approach is particularly noticeable in the cynicism which is expressed by the dancing, Klezmer-like tune of the trio's final movement. At the time, accounts of the atrocities of the Nazis' concentration camps had reached Russia; these were stories of horror, of Jewish people who were forced to sing and dance on their open graves before they were slaughtered by SS soldiers.

In the summer of 1914, war in Europe had become inevitable. It was during this year that Maurice Ravel, who had been working on his piano suite, "Le tombeaux de Couperin”, started on a piece for piano, violin and cello which he had been intending to write for a long time. Unlike the suite, which he completed in 1917, the composer was able to finish the trio by the end of that summer.
The completion of the trio inspired a long phase of creativity during which Ravel produced the "Valse Nobles" (1911), "Daphnis et Chloé "(1909-1912) and three songs based on a text by Stéphane Mallarmé (1913).
Ravel dedicated this work to his counterpoint teacher, André Gedalge. The transparency and perfect balance between the melodic lines of the three instruments show that Ravel had internalized the theory he had been studying, and had been applying it as a creative tool since that time.