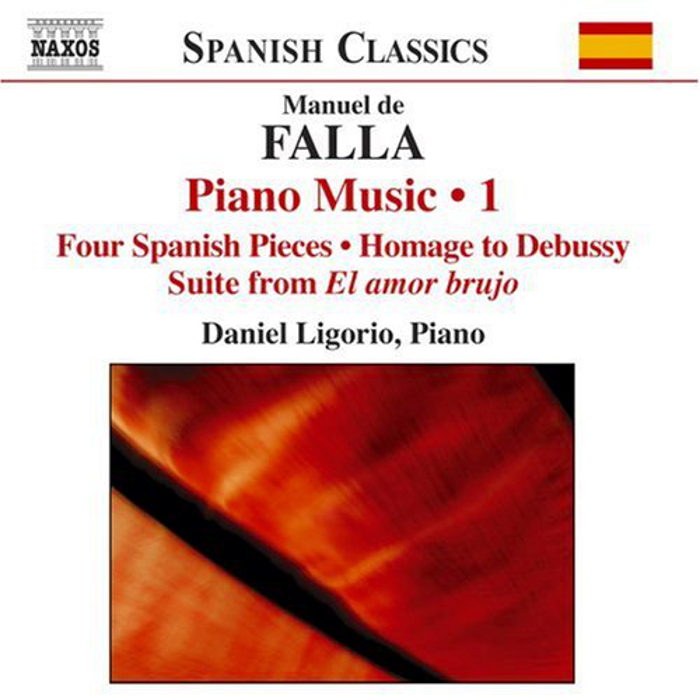 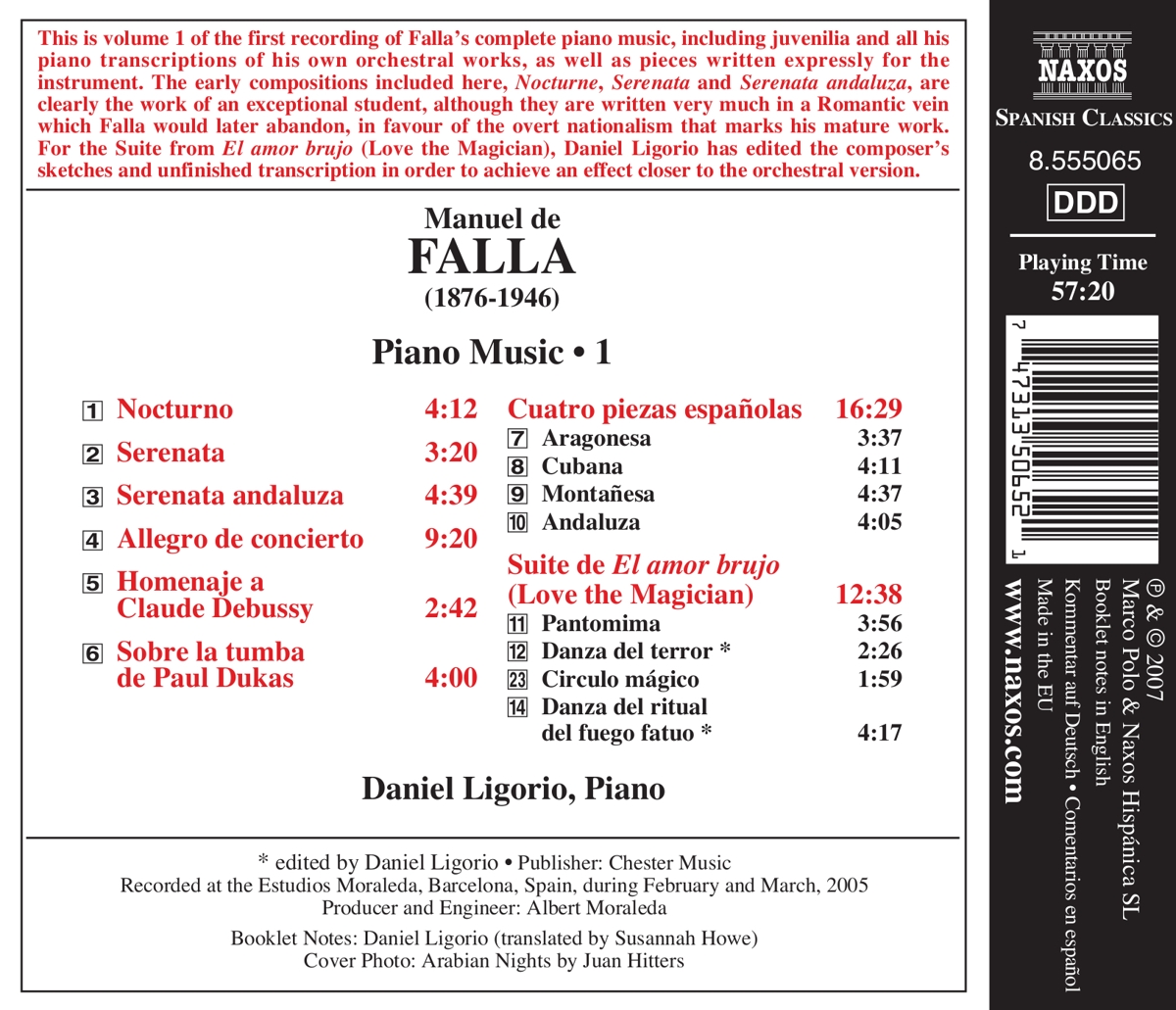 Bewertung:
umgehend lieferbar, Bestand beim Lieferanten vorhanden
EUR 12,99*
Versandkosten
This is volume 1 of the first recording of Falla's complete piano music, including juvenilia and all his piano transcriptions of his own orchestral works, as well as pieces written expressly for the instrument. The early compositions included here, Nocturne, Serenata and Serenata andaluza, are clearly the work of an exceptional student, although they are written very much in a Romantic vein which Falla would later abandon, in favour of the overt nationalism that marks his mature work. For the Suite from El amor brujo (Love the Magician), Daniel Ligorio has edited the composer's sketches and unfinished transcription in order to achieve an effect closer to the orchestral version.