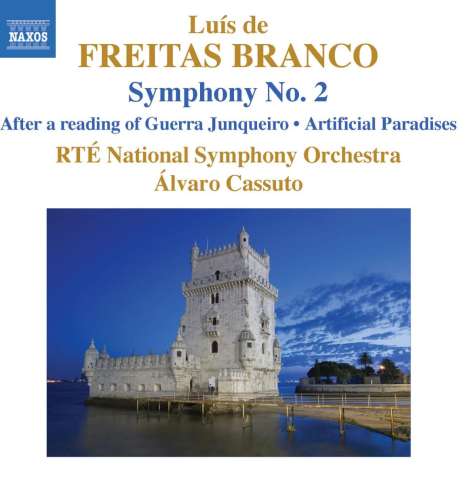 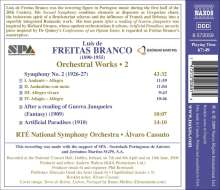 Luís de Freitas Branco was the towering figure in Portugese music during the first half of the 20th Century. His Second Symphony combines elements as disparate as Gregorian chant, the boisterous spirit of a Brucknerian scherzo and the influence of Franck and Debussy into a superbly integrated Romantic work. His tone poem After a reading of Guerra Junqueiro was inspired by Richard Strauss, whose opulent orchestrations it echoes. Artificial Paradises , an eerie piece inspired by De Quincy's Confessions of an Opium Eater , is regarded as Freitas Branco's masterpiece.