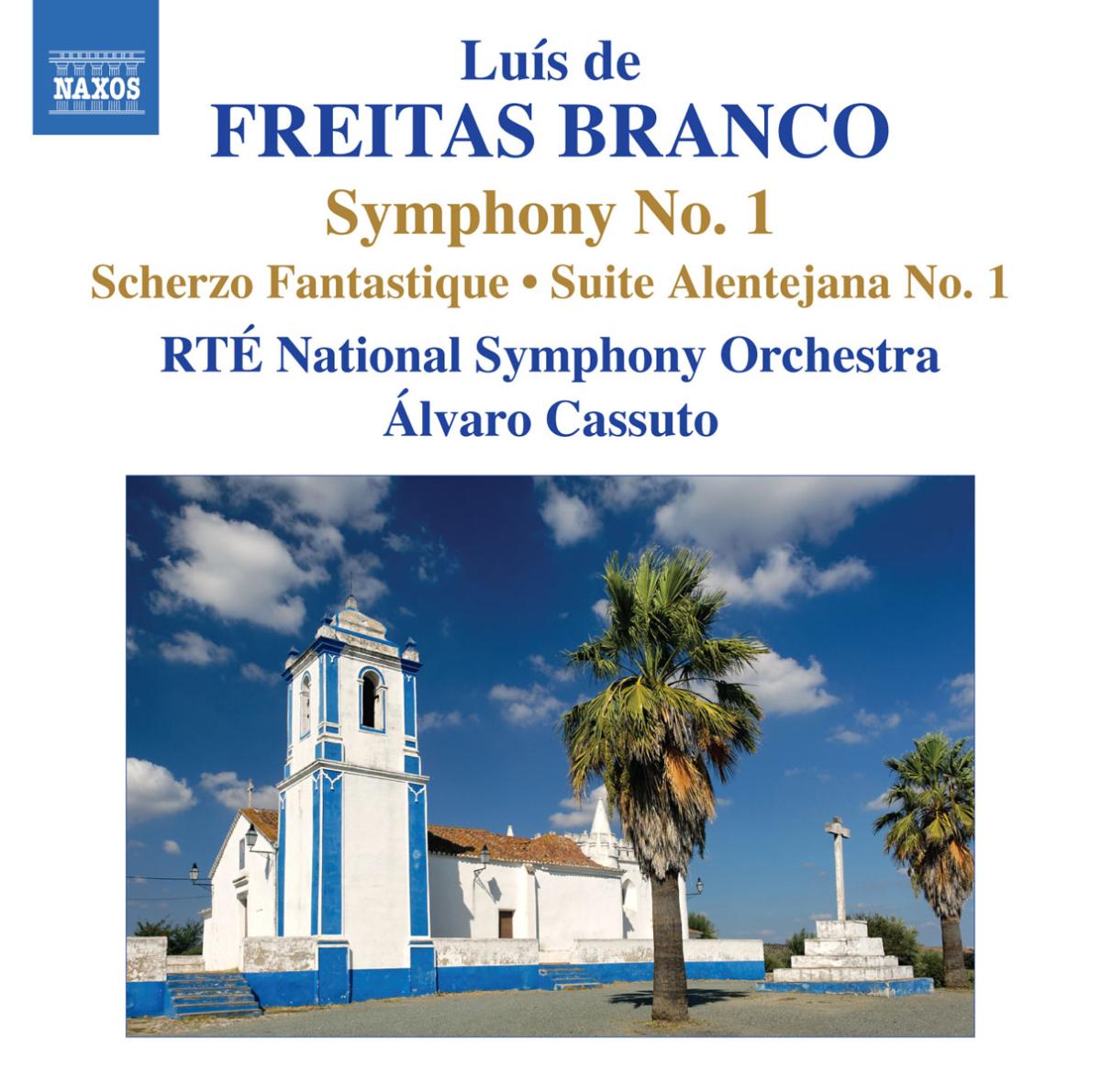 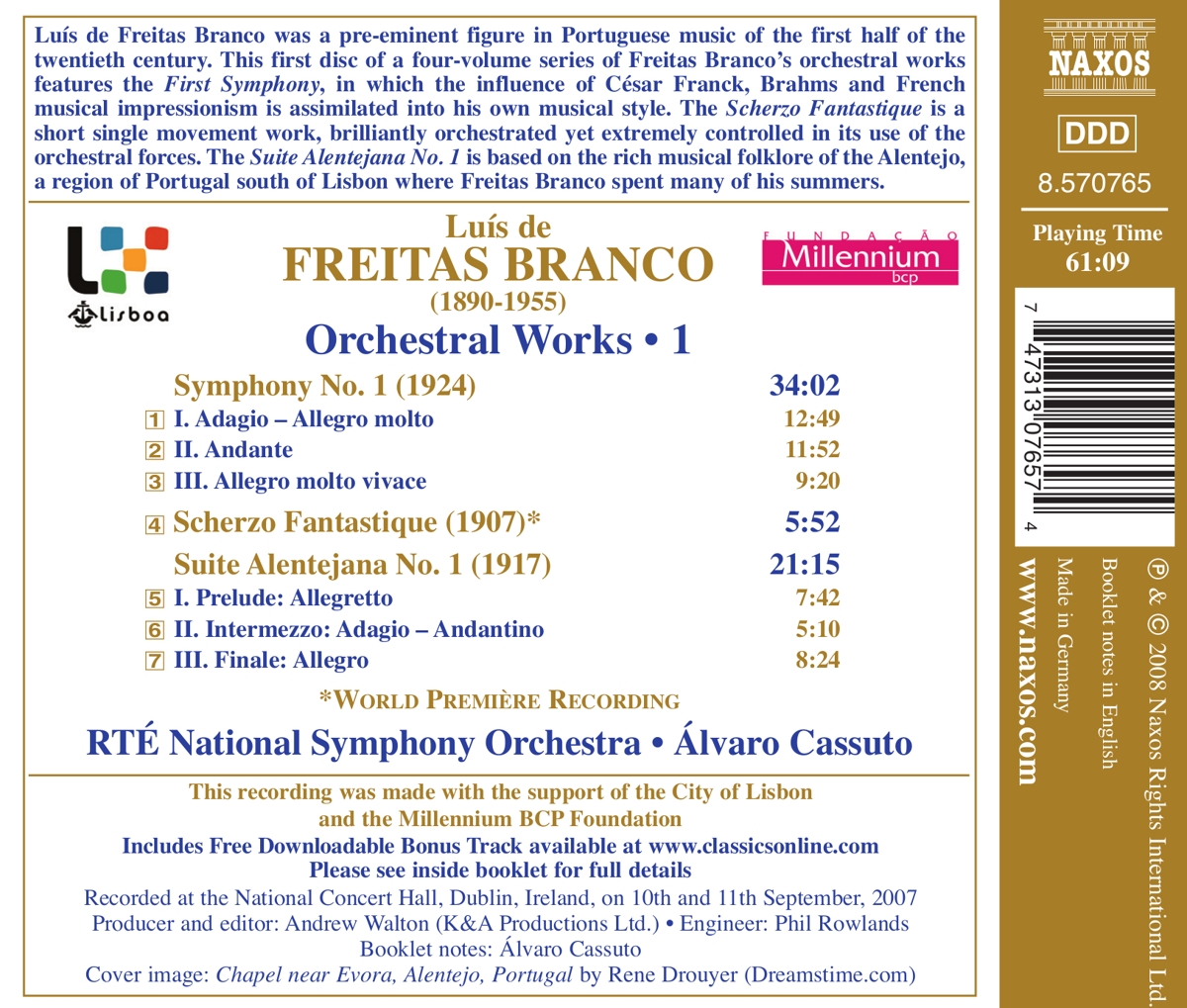 Bewertung:
umgehend lieferbar, Bestand beim Lieferanten vorhanden
EUR 12,99*
Versandkosten
Luís de Freitas Branco was a pre-eminent figure in Portuguese music of the first half of the twentieth century. This first disc of a four-volume series of Freitas Branco's orchestral works features the First Symphony, in which the influence of César Franck, Brahms and French musical impressionism is assimilated into his own musical style. The Scherzo Fantastique is a short single movement work, brilliantly orchestrated yet extremely controlled in its use of the orchestral forces. The Suite Alentejana No. 1 is based on the rich musical folklore of the Alentejo, a region of Portugal south of Lisbon where Freitas Branco spent many of his summers.