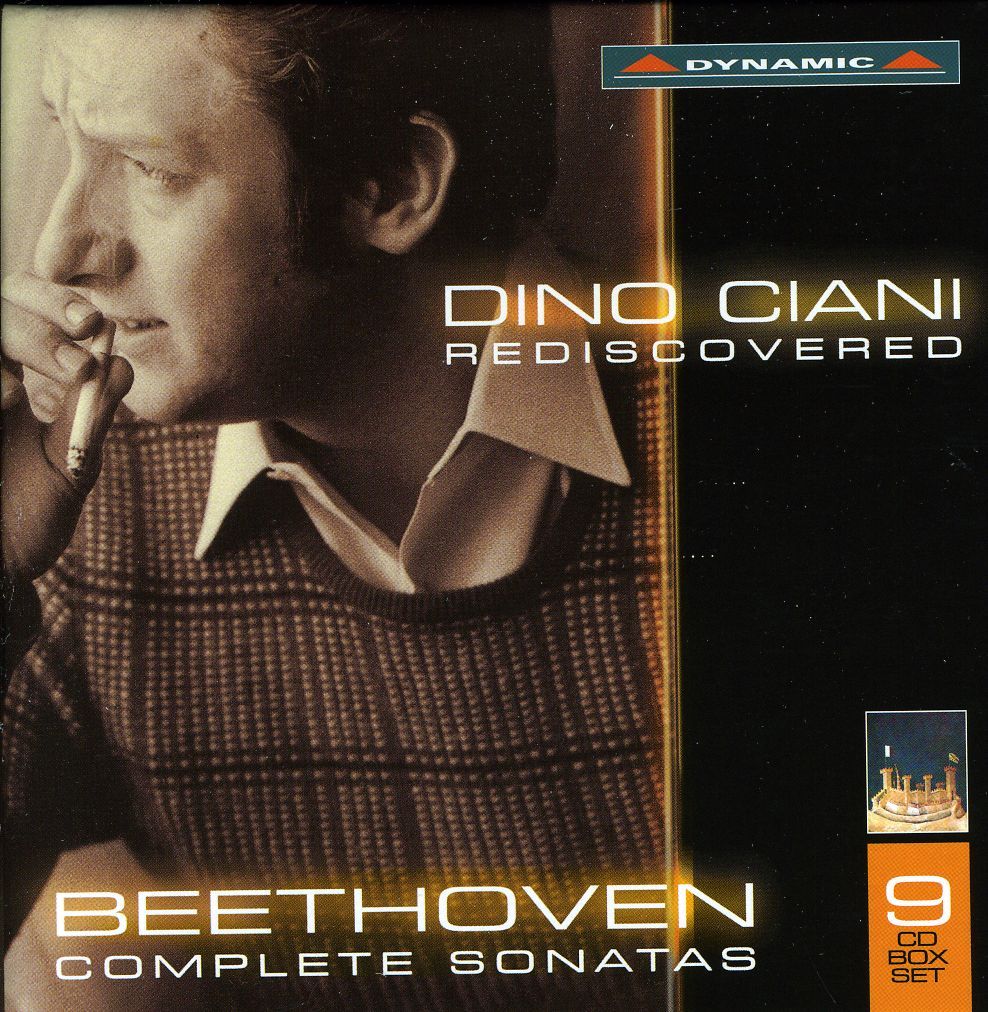 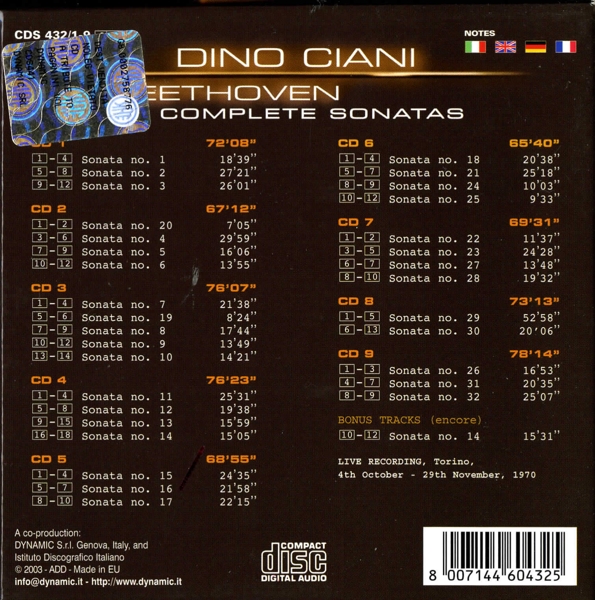 Bewertung:
lieferbar innerhalb 1-2 Wochen
(soweit verfügbar beim Lieferanten)
EUR 49,99*
Versandkosten
On the wake of the box-set featuring some live and studio recordings of Dino Ciani (CDS 413 / 1-6), which has met with great success, Dynamic releases another publication dedicated to the artistry of this fine pianist, who died tragically and prematurely almost thirty years ago. This new set of nine CDs holds the entire cycle of Beethoven's thirty-two piano sonatas which Ciani performed at the Unione Musicale in Turin in eight concerts, from 4th October to 29th November 1970, which were recorded but never published before. Listening to these recordings from over thirty years ago we clearly perceive the wealth, complexity and, in many ways, the novelty of Dino Ciani's approach as a performer. With impressively profound introspection, Dino Ciani follows the extraordinary journey that leads him from opus 2 on to opus 111. It is perhaps in the last Sonatas that Ciani gives of his best. In a sort of ecstasy of sound, he exalts and savours the cantabile element in these compositions. Then he abandons himself unguardedly as he unleashes a musical force that seems to create itself out of nothing and to find its rules and justification in itself alone. Extraordinary are also Ciani's encores: the Finale of the Hammerklavier Sonata, with dizzying counterpoint passages, and the entire Moonlight Sonata, opus 27 n. 2. The enclosed booklet contains unpublished photos.