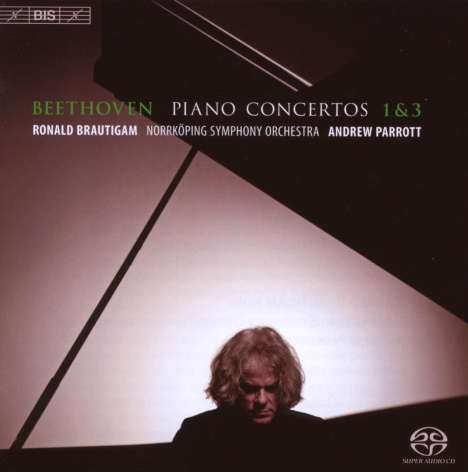 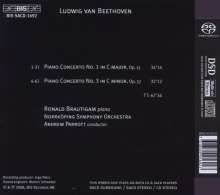 lieferbar innerhalb einer Woche
(soweit verfügbar beim Lieferanten)
EUR 19,99*
Versandkosten
Cadenzas by Beethoven
If they have not already heard the recordings themselves, everyone with an interest in Beethoven will at least have heard reports of Ronald Brautigam’s ongoing cycle of the complete music for solo piano. Performed on the fortepiano, this project has been greeted with enormous interest by the reviewers. One contributing factor has been the choice of instrument, which has brought new perspectives to the music, causing one reviewer to expect a cycle ‘that challenges the very notion of playing this music on modern instruments, a stylistic paradigm shift’ (Fanfare). But more important for the critical success have been the direct and immediately engaging interpretations. ‘One has almost the feeling of being Beethoven’s contemporary, one of the first, infinitely surprised – not to say shocked – listeners to this music’ as the reviewer phrased it, backed up by his colleague in International Record Review, writing about the Moonlight Sonata: 'a Presto agitato from hell; such controlled fury and unrelenting intensity, yet musical to the core, and never banged out. It took sometime before I was able to unpin myself to the wall...’

With five discs released so far in the cycle, Brautigam now takes on Beethoven’s complete works for piano and orchestra, choosing to do so on a modern piano and with a modern instrument orchestra: the Norrköping Symphony Orchestra, internationally acclaimed for its many fine recordings on BIS. Conducting the series is Andrew Parrott, and together with the soloist, he brings all his expertise in period performance practice to bear in interpretations that in many ways are as fresh and revolutionary as those of the sonata cycle. The present disc, with Concertos No. 1 and No. 3, is the first of a cycle of four, and was recorded with the piano, without a lid, placed in the middle of the orchestra. As Ronald Brautigam explains in the liner notes: ‘I truly believe that what Beethoven wanted was chamber music rather than a battle between orchestra and soloist, and this makes for a wonderfully interactive set-up, where individual players have far more contact with the pianist than in a regular concert set-up’. This aspect is further underlined by the fine recording, in both SACD (Surround and Stereo) and conventional CD format, on this hybrid disc.